Making enchiladas has never been easier than this Roasted Poblano Chicken Enchiladas recipe! You are going to love this easy, cheesy weeknight dinner recipe! 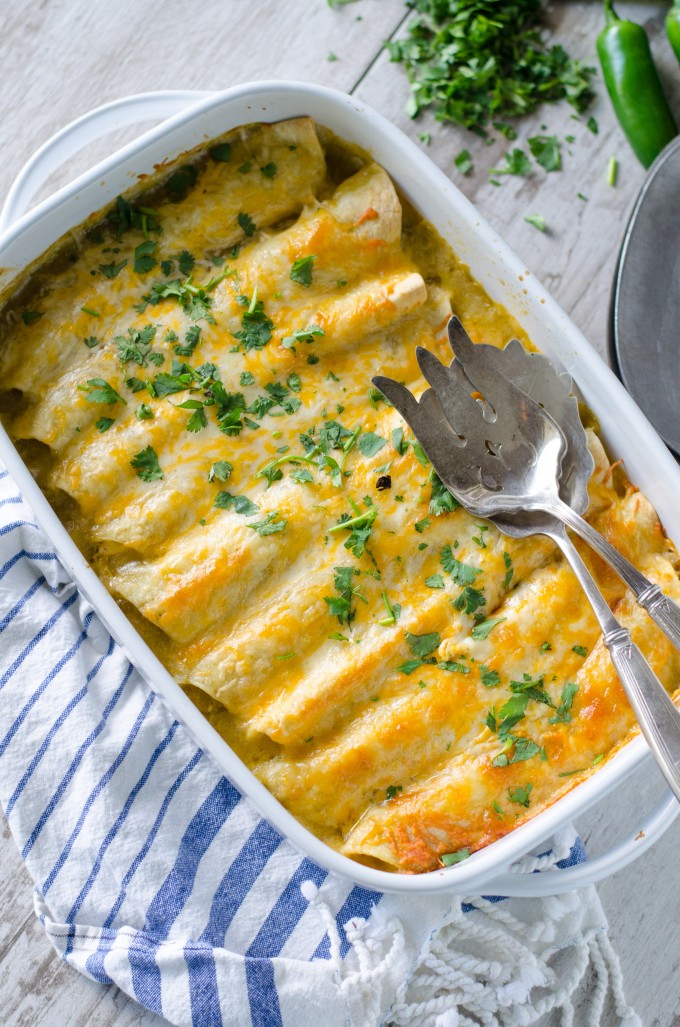 Fact: I have never had chicken enchiladas before. Or any enchiladas for that matter.
When we go for Mexican food, I tend to stick to things I know- crunchy tacos and fajitas, specifically. But I ended up with some mojo chicken that I made in the crockpot and didn’t want to eat plain chicken on the bone again, so I figured it was as good a time as any to expand my horizons.
Dave came home and was excited to hear that we were having enchiladas for dinner, but balked when he saw the green enchilada sauce. “What is that?” He asked. He had never heard of green enchilada sauce before. I told him that it was green chili enchilada sauce, therefore I figured it would be spicier and more likely to play into the old wives tales of spicy food to induce labor.
Induce me it did not, but they were very good. In fact, Dave took them as leftovers to work the next day and a passerby in the hall made a point to stop him and tell him how good they smelled.
I guess I count that as a win. 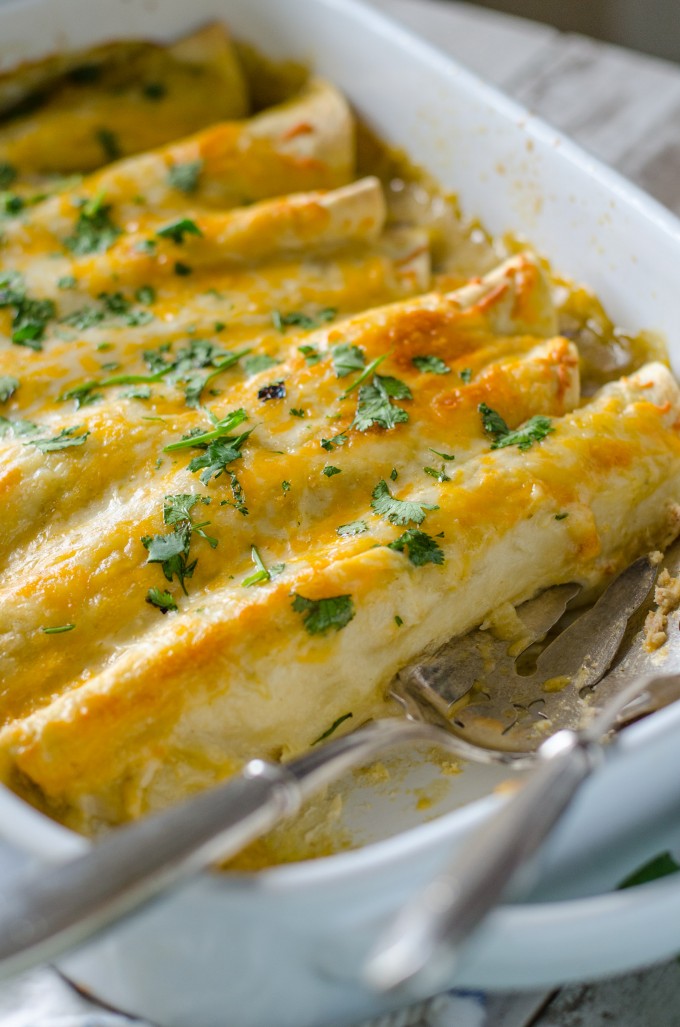 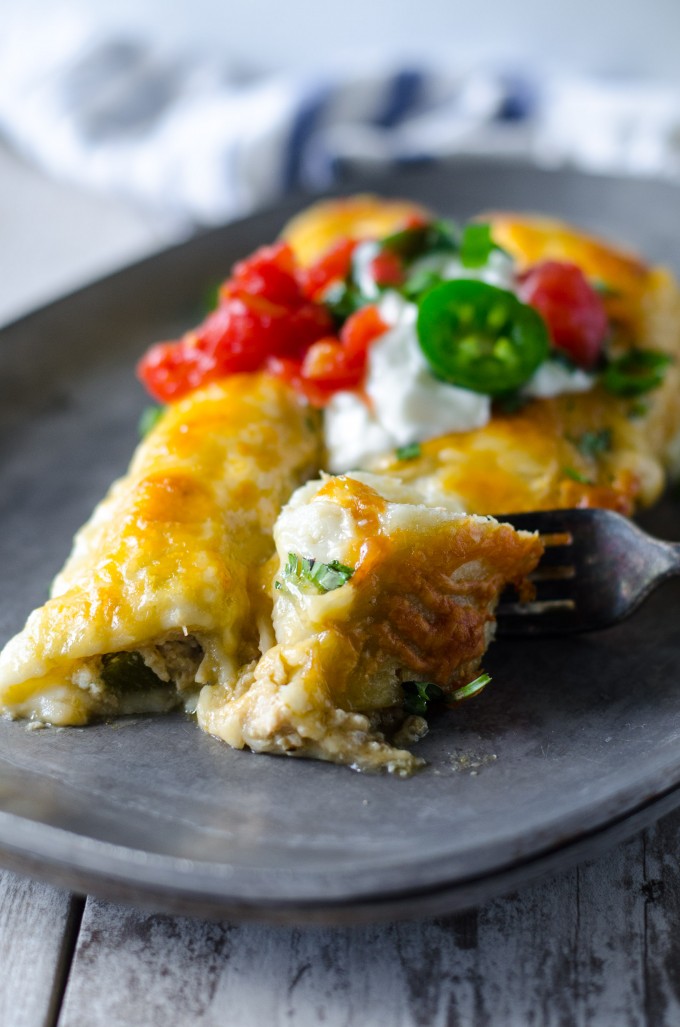 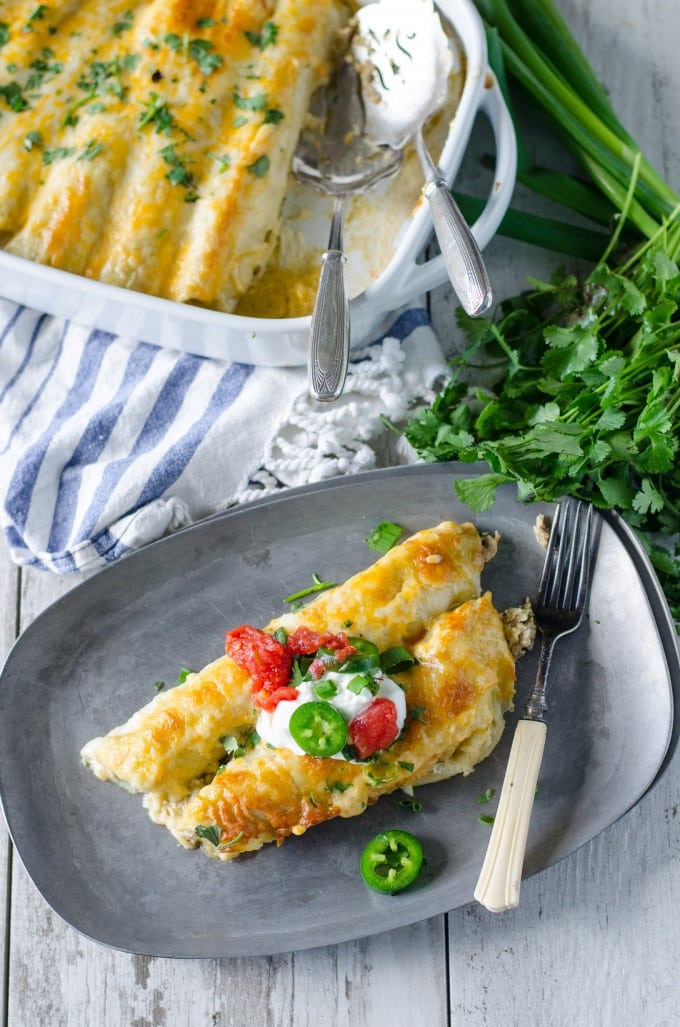 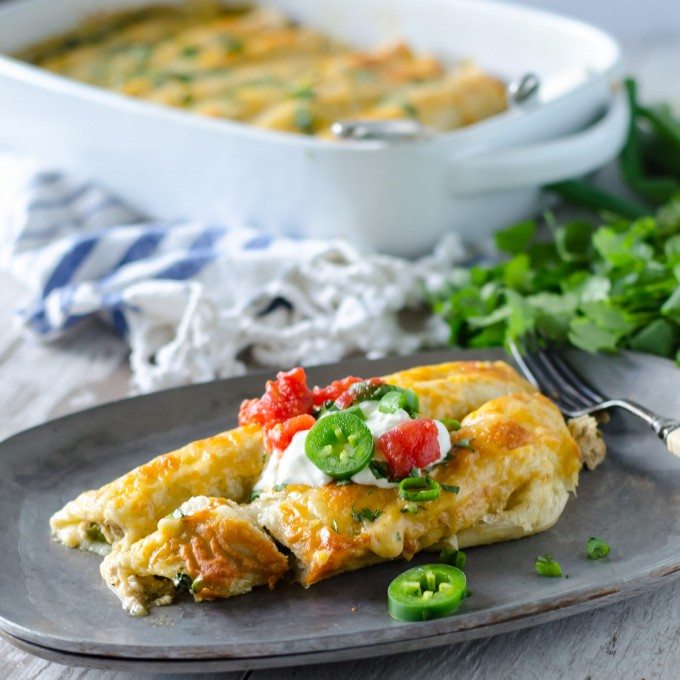 If you liked these amazing chicken enchiladas, check out these other awesome Mexican dishes: 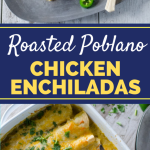