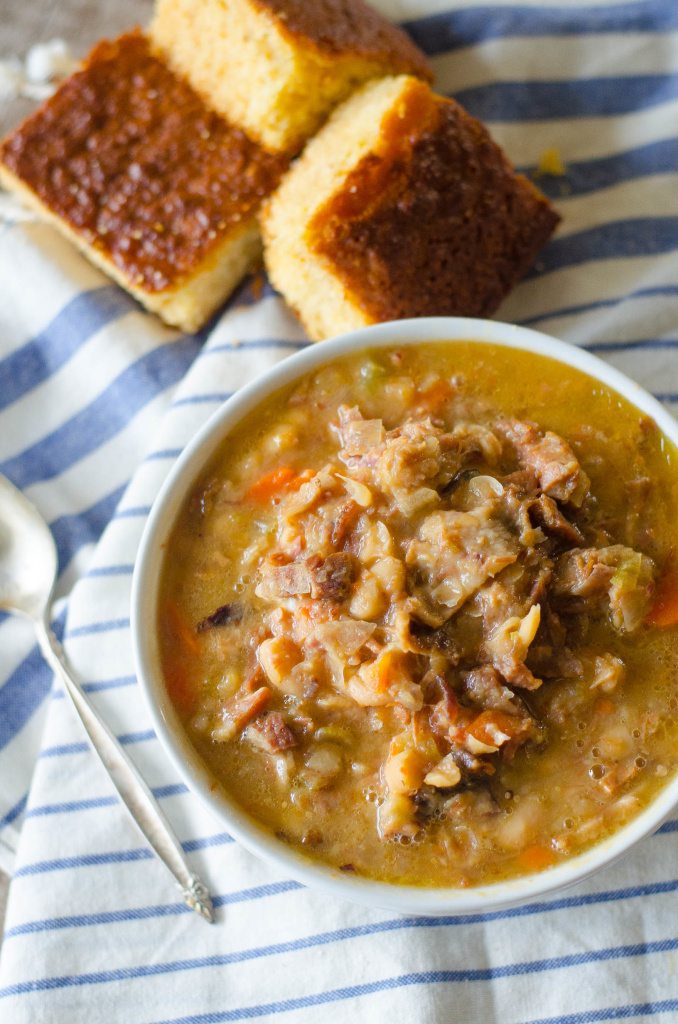 I usually make a ham on New Year’s Day. It’s supposed to bring you luck and prosperity for the upcoming year. This year, Dave got called in to the hospital early, so I didn’t end up making it until January 2. Hopefully it’s still a prosperous year.

The thing about me making a ham is- I don’t really like eating ham. When I say that, I mean I don’t like sitting down to a big dinner of a ham steak. I really make the ham so that I can one, snack on it cold out of the fridge like an animal, and two, use it in other dishes. Dishes like Ham and Bean Soup, for example.

Make sure to make some Honey Cornbread to go with it- according to my dad, who if you check the comments, believes that’s the only time for it to be eaten. Along with milk. 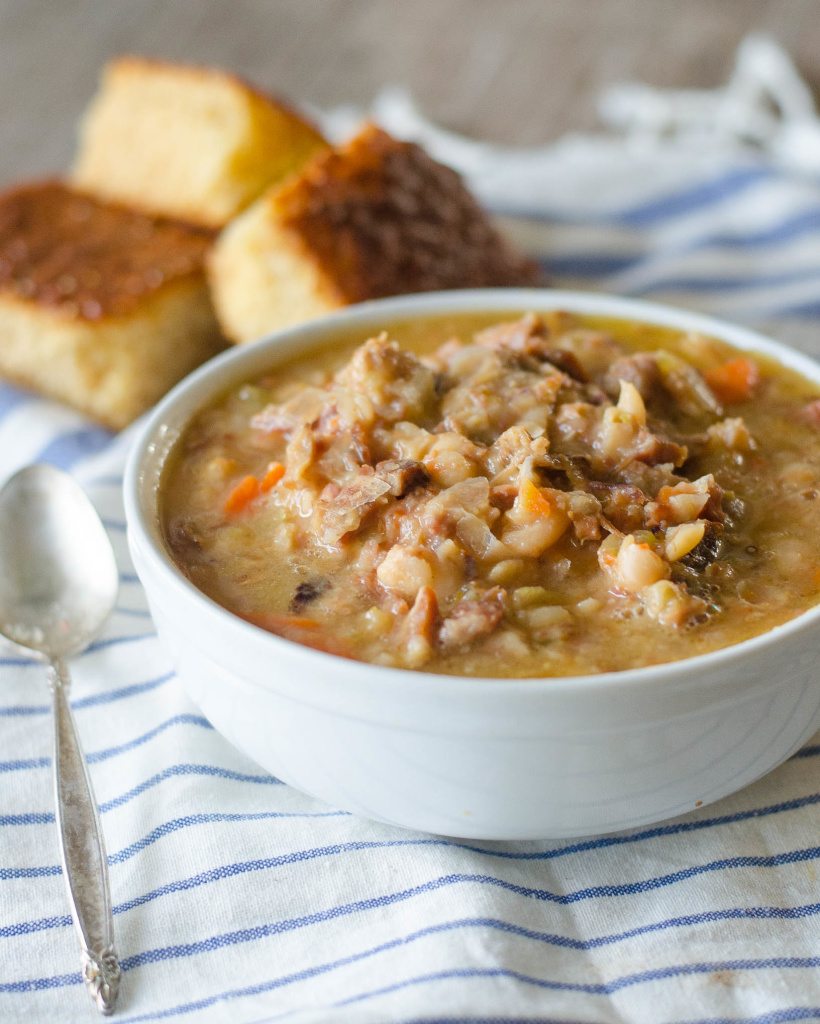 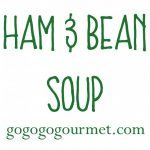