If you love sangria, you’re going to fall head over feet for my new favorite red wine sangria recipe-maybe even literally! Red wine, brandy and cointreau come together for your new summertime drink!

If you’re a long time reader of this site, this next statement should not be in any way surprising.

Man, I love sangria in the summer. 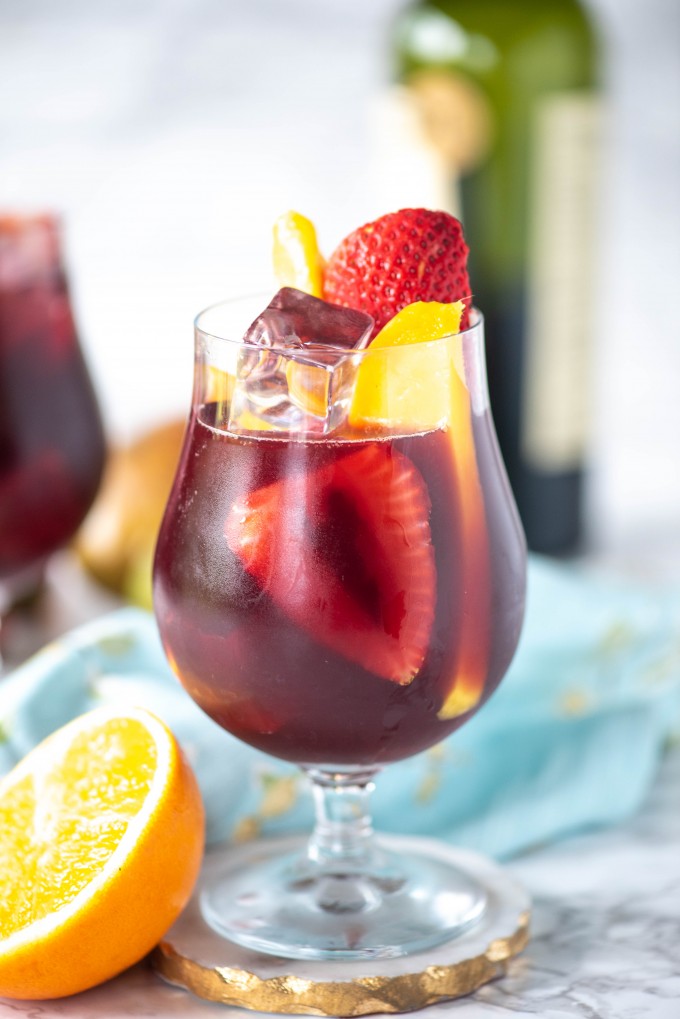 I’ve been drinking my Fireball sangria for… well, for as many years now as it’s been on the site and one of my top recipes (three years). Lately though, I ran out of Fireball and could not for the life of me remember to go get more.

I took it as a sign to create a new recipe. I already have quite a few on here, but a lot of them revolve around white wine and champagne.

For this red sangria recipe, I took stock of what I had in my bar cabinet, which has turned into a complete mish mosh of different liquors that I have tried to experiment with. I was out of everything that I had an idea for. 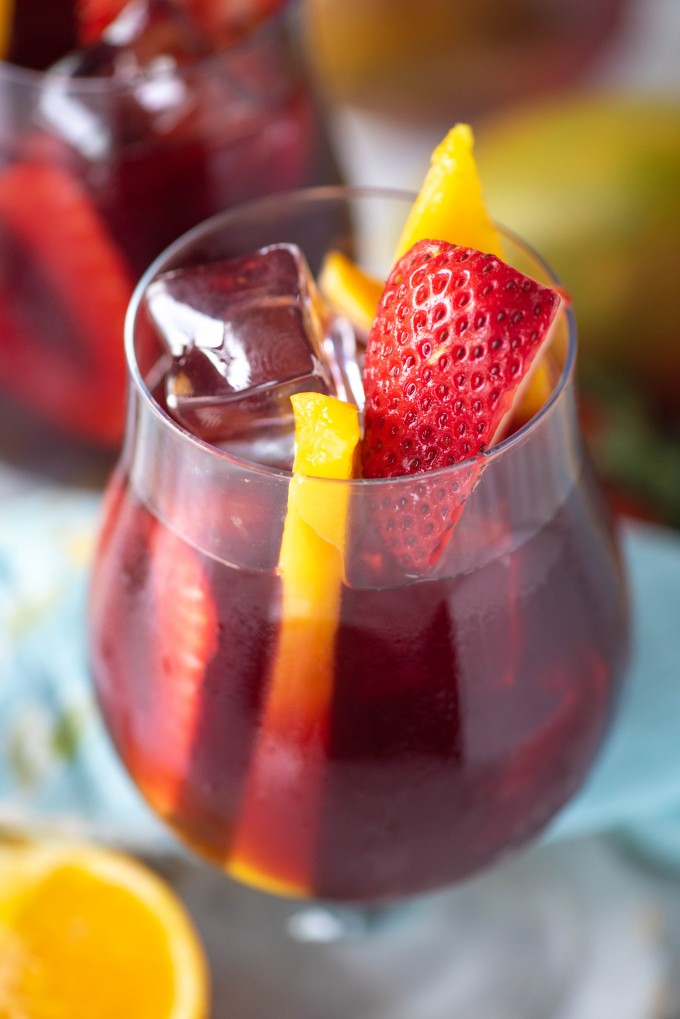 Then I spied a bottle of kirsch. Cherry brandy. Cool, I like cherries. Not sure about the brandy, but a lot of people seem to put it in sangria.

What goes with cherries? Oranges do, right? Where’s the Grand Marnier? Out of it? Oh ok cool. Cointreau it is.

Well, I don’t know what kind of magical concoction this ended up being, but I know a couple things.

I’ve drank a (non-problematic) amount of sangria in my life, mostly because it goes down cool and easy, I can make it for a crowd, and it never, ever gets  me anything more than just a mild buzz.

Well, not this. I made this two days in a row and somehow lost an hour of my life completely. I figured it was a fluke the first day, so I did it again (much to the amusement of David, my SIL and BIL, who had dubbed it “blackoutgria”), same thing. 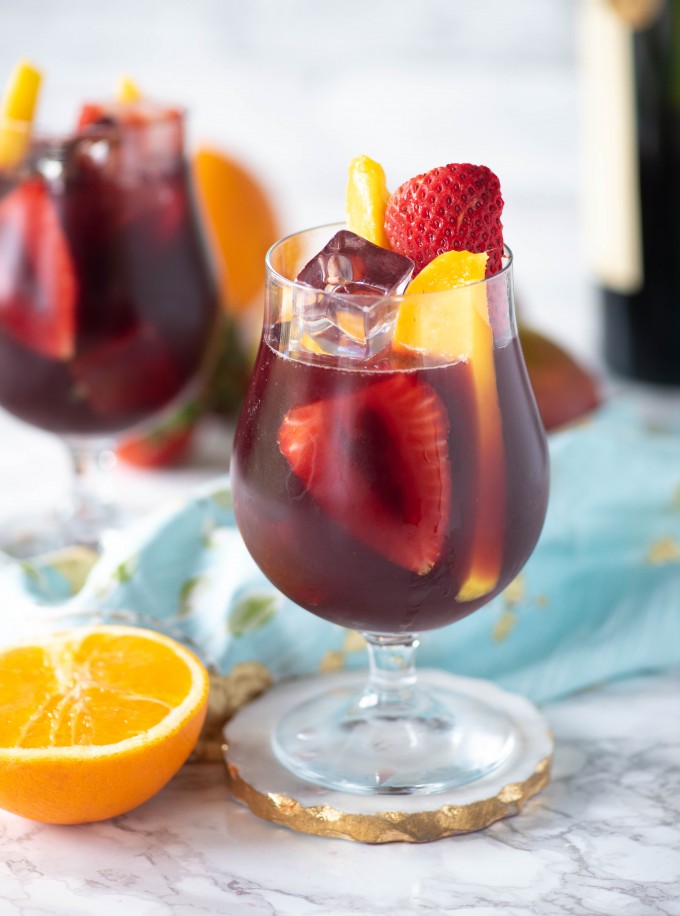 I tried it a third time and it was fine.

So I don’t know. Definitely drink it. But maybe make sure you eat something first.

If you love sangria, you're going to fall head over feet for my new favorite red sangria recipe-maybe even literally! Red wine, brandy and cointreau come together for your new summertime drink!

Stir together the wine, orange juice, kirsch and Cointreau in a cocktail shaker or measuring cup.

For a full pitcher, multiply quantities by 4.