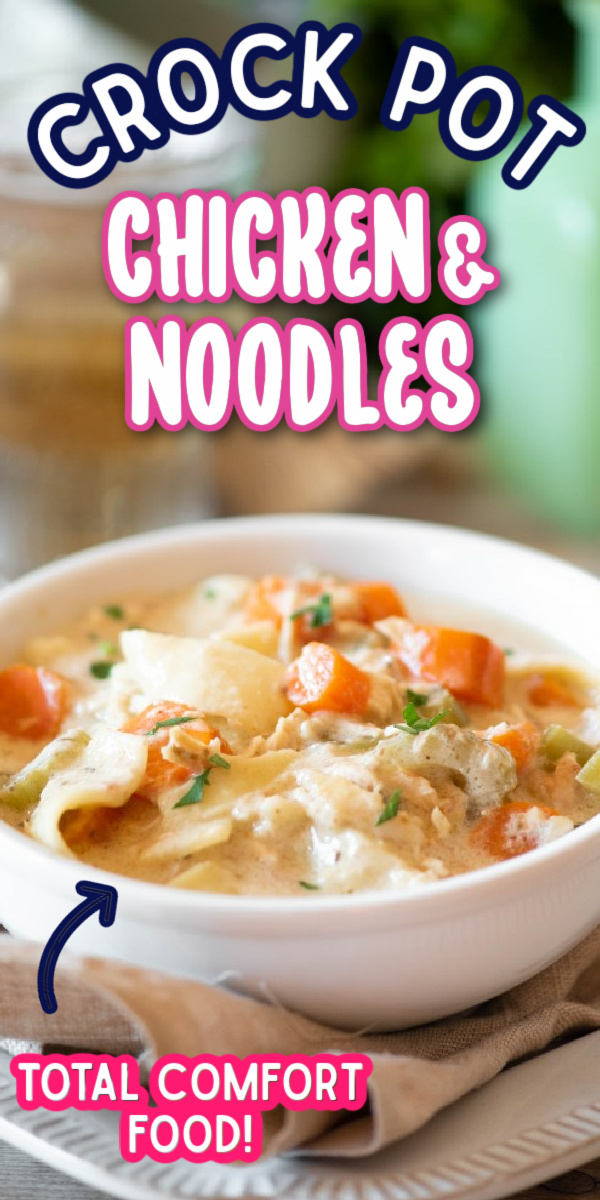 There are few things better than a hearty dish of crockpot chicken and noodles, no matter what season it is! This recipe tastes like a homemade version of Bob Evan’s! You can serve this Amish style chicken and noodles over mashed potatoes for the ultimate comfort food.

So, to start off- a few things about this recipe. I made this a couple of months ago, but didn’t get around to writing the post until now. Usually when I create a new dish, I write the recipe in a post draft so I don’t forget it.

I didn’t do that this time. 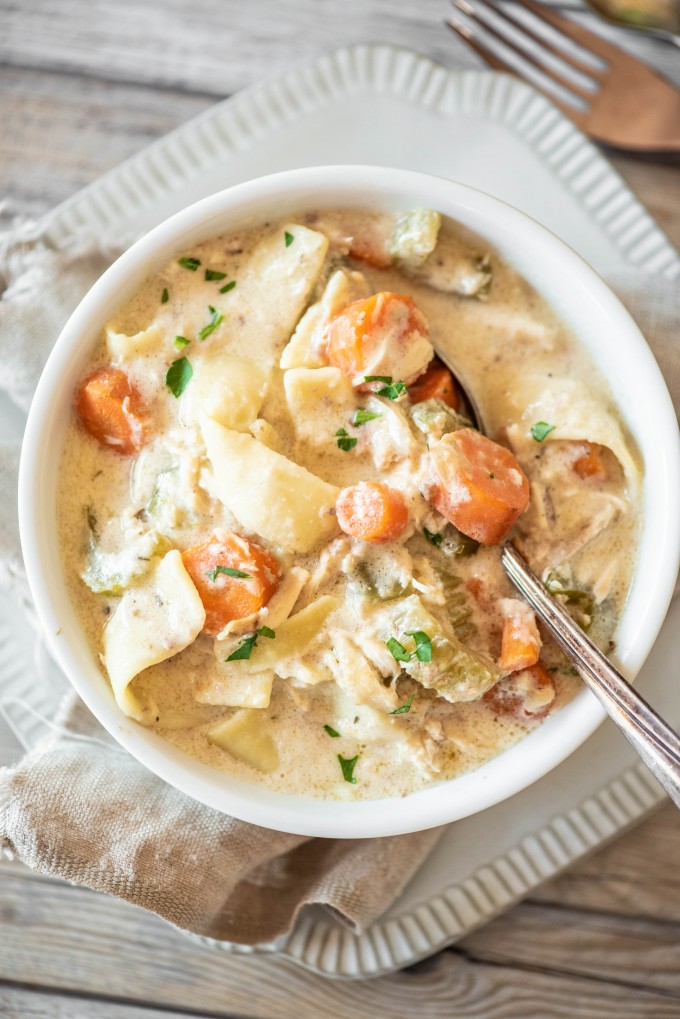 So I set out to remake it.

Since I had no idea what method I used to make it the first time, I basically started from scratch and hoped that I ended up in the same place. I grabbed a whole chicken and cut it into pieces, chopped some carrots and celery into large pieces, threw in some chicken broth, cream of chicken soup and some seasonings, started the slow cooker and hoped for the best. 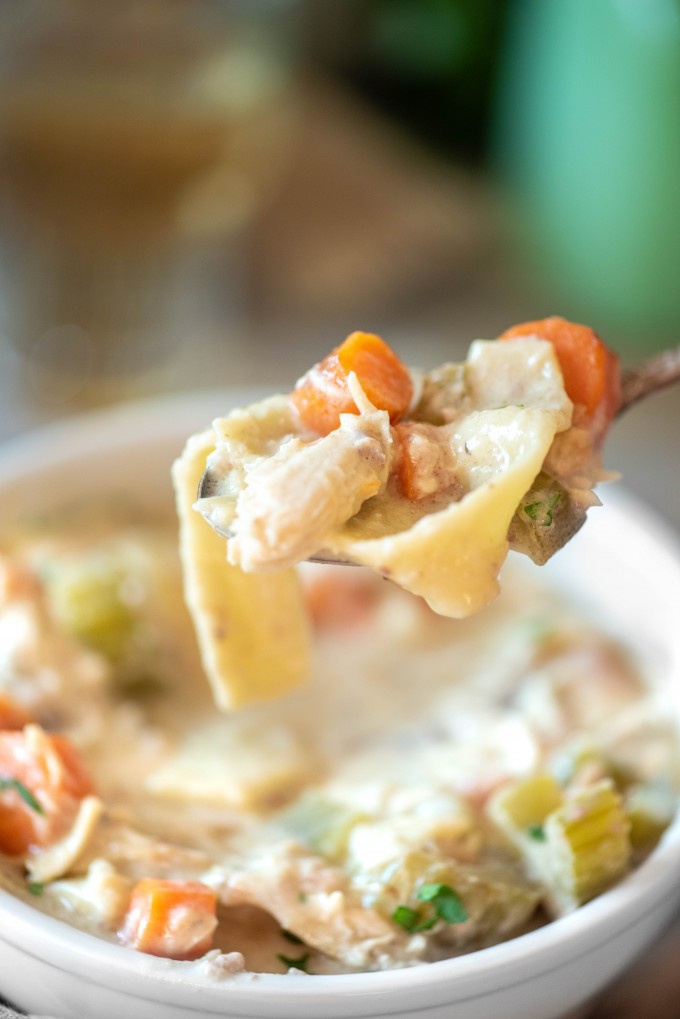 Once it finished cooking, I removed the chicken, stirred in some wide homestyle noodles, put the chicken on top, and ran out of the house to Jonathan’s pre-K art show.

When we came home, the noodles were perfectly cooked. I removed the chicken from the bone, stirred in some cream (or half-and-half, if that’s more your jam), and we ate.

The chicken and noodles was absolutely DIVINE! Creamy, hearty, with tons of flavor, everyone cleaned their plates (and Michael required seconds!). I knew I had a winner on my hands, so I grabbed my lovely little Cinderella themed recipe book off my desk. You know, the one that I use to scribble down recipes  when I’m developing or my laptop’s dead and I don’t want to forget anything. 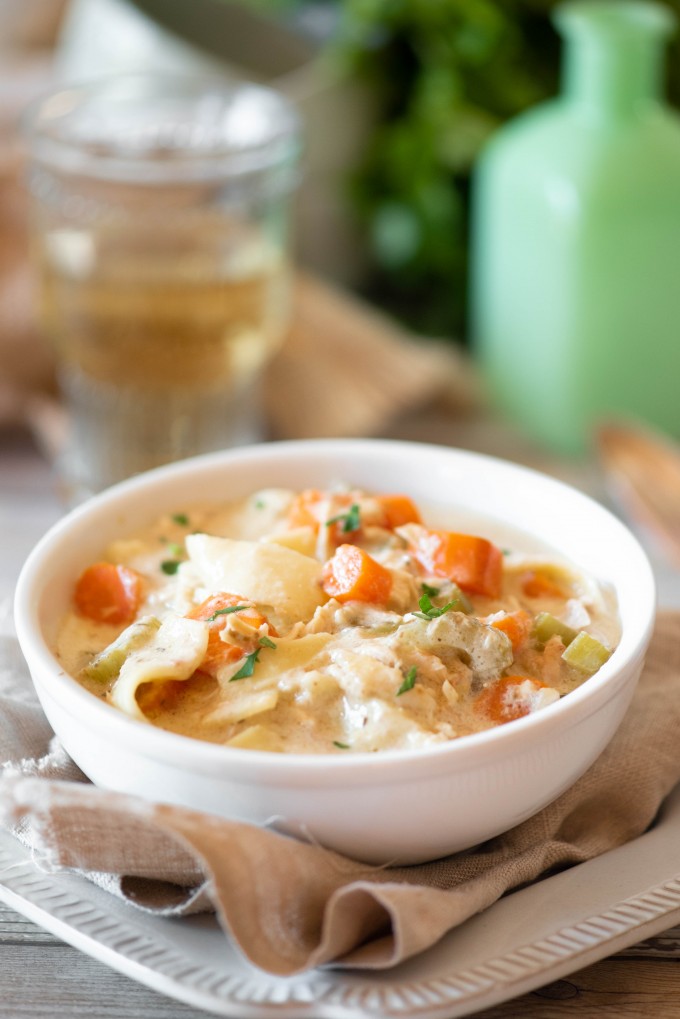 Guess what the last recipe in there was?!? Slow Cooker Creamy Chicken and Noodles.

I was borderline mad, but only slightly since I loved the dish I made SO much and the two recipes were, oddly, absolutely nothing like each other. I guess that one will get it’s own post after all! 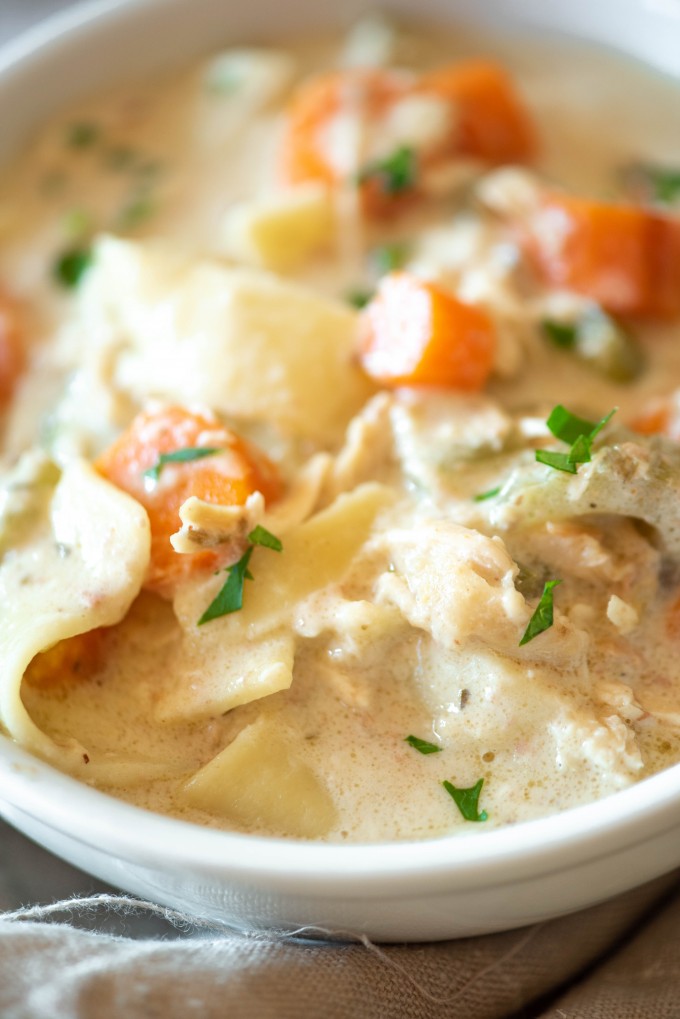 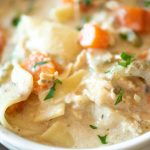 There are few things better than a hearty dish of chicken and noodles, no matter what season it is! This recipe is made in the crockpot, and tastes like a homemade version of Bob Evan's! You can serve this Amish style chicken and noodles over mashed potatoes for the ultimate comfort food.
Prep Time10 mins
Cook Time8 hrs
Total Time8 hrs 10 mins
Servings: 8 -10
Author: Jacqueline