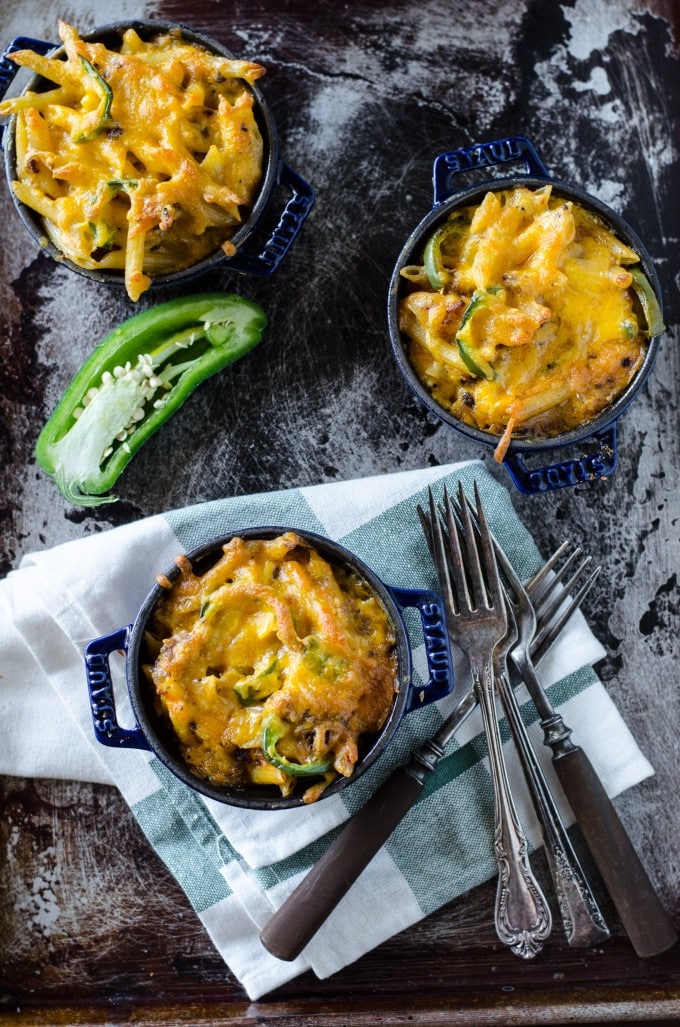 When it comes to mac and cheese, I’ve always been kind of a snob. Throughout my whole life, I have been adamant that I only like crazy-creamy mac and cheese, like my Copycat Stouffer’s Mac and Cheese. But no more! My world has been rocked by this spicy chorizo mac and cheese.

Over the summer, my next door neighbors had a big family get together at their house, and kindly invited our whole clan over to eat. I’ll try just about anything to save face and be polite, so I scooped up some of their baked macaroni and cheese, although I had already convinced myself in my head that it wasn’t going to be my cup of tea.

It was phenomenal! I had never had a mac and cheese quite like it. Even though it was baked, it wasn’t dry at all, and it was super cheesy. I had to know how it was made, so I texted her and pleaded for her to share the recipe. Turns out, it was a variation on a recipe from a Patti LaBelle cookbook. I think the difference stems from the beaten eggs that are added to it instead of making a roux. This was a decidedly un-laborious mac and cheese recipe, really more of a “throw it together” recipe than I am used to.

I thought it would be awesome as a spicy jalepeno chorizo mac and cheese recipe, so I made my own twist on it here. I couldn’t have been more pleased with how this turned out- spicy, filling, and packed with cheese. Anyone that likes a little “kick” to their food is going to love this! 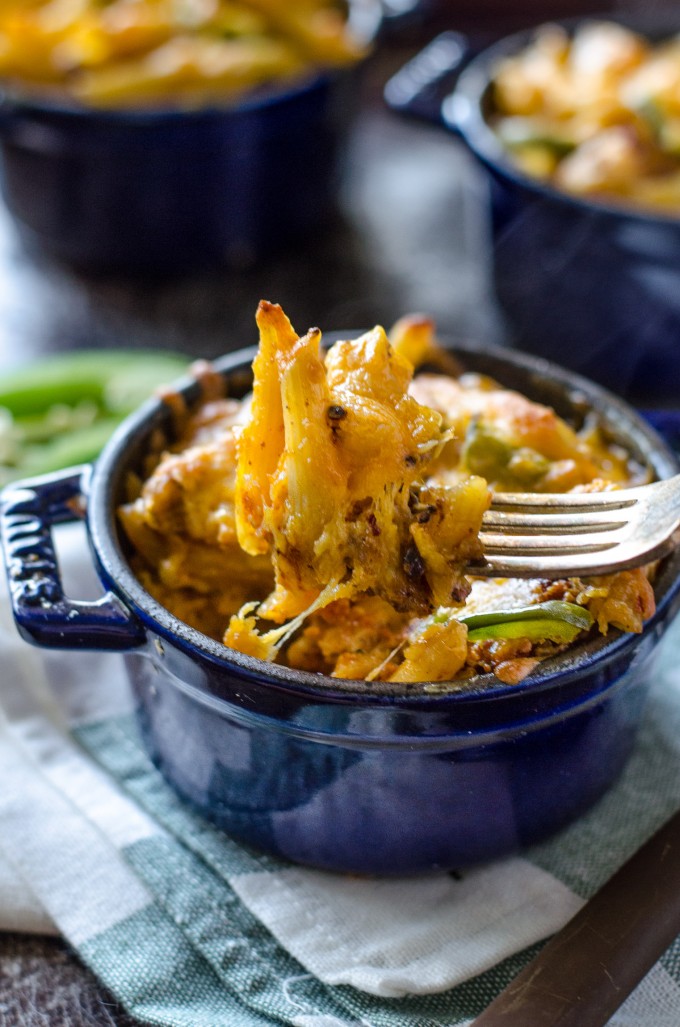 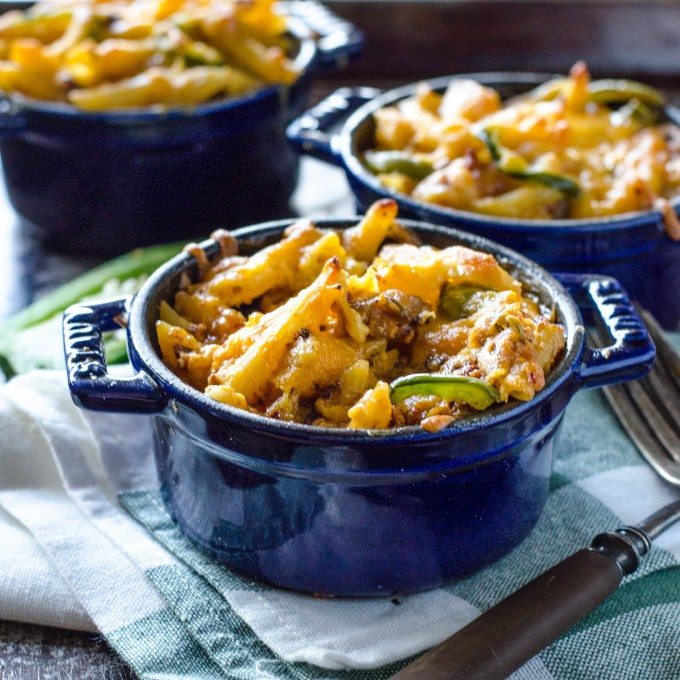 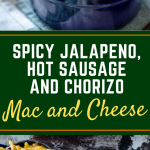