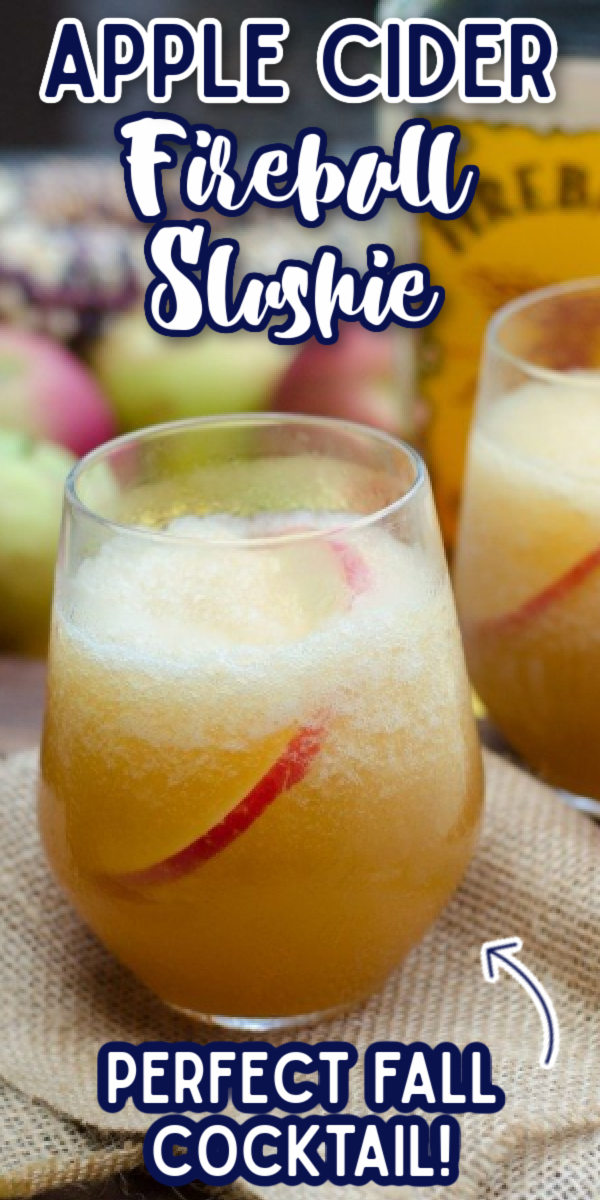 This Fire In Ice Apple Cider Fireball Slushie Fall Cocktail is one of the best ways to celebrate fall. It will leave you refreshed and wanting more! 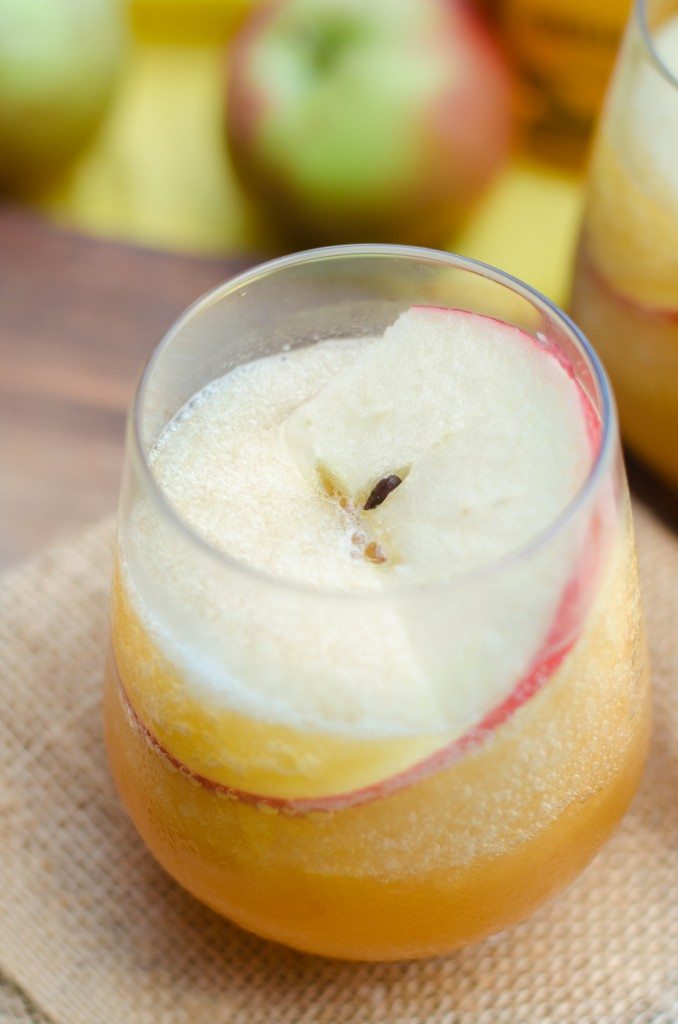 I’ve been mulling over a good fall drink for awhile now- I knew I wanted to do something with Fireball and apple cider, because I can’t come up with a more “fall” combination. 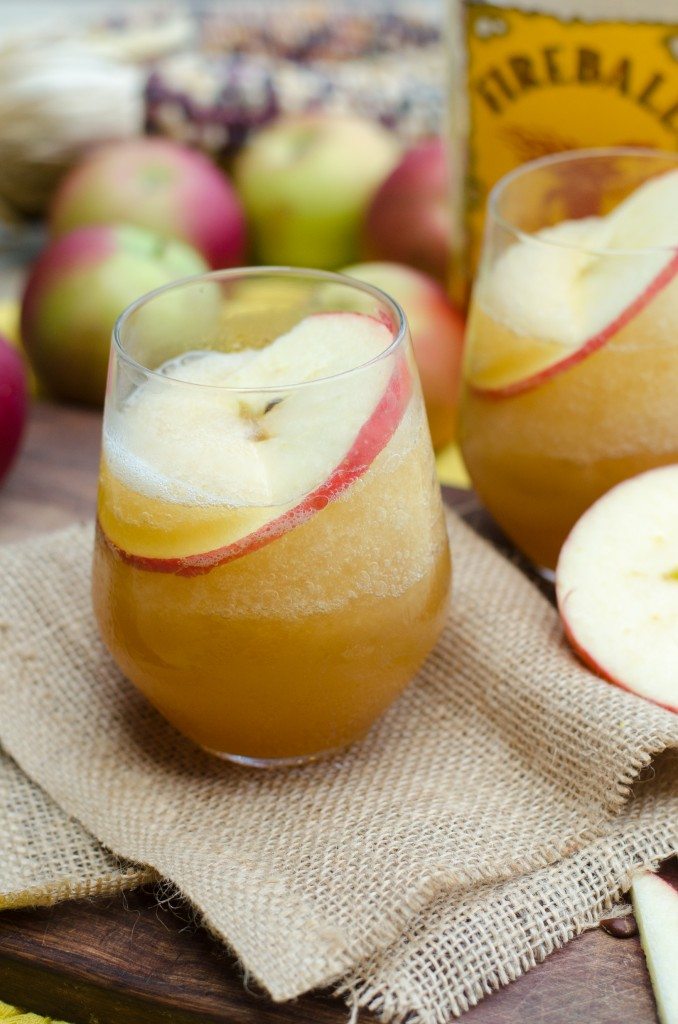 I can’t believe how excited I am for tomorrow. Make sure to check out Facebook and Instagram later tomorrow to see what I’ve been cooking up OUTSIDE of the kitchen. Yo ho ho!

The problem is, down here in Tampa it still mostly feels like summer- just slightly less oppressing and humid. It it still averaging in the mid-80s every day, but dropping to the high 60s, low 70s at night. Its more “margarita” than “hot toddy” down here.

But that shouldn’t mean that everyone in the warm climates should have to give up on the flavors of fall. No sir! I decided to combine the two concepts and came up with this: an apple cider-fireball whisky slush! Fire in ice. Get it?

And let me tell you, it is g-o-o-o-o-d. The splash of ginger beer on top gives it just a little hint of ginger and effervescence, and the drink itself is refreshing beyond belief. As with most homemade frozen drinks, it has a tendency to separate out, especially in the heat, but its so good, it will go down faster than you expect. Apple cider vinegar is well known for its amazing health benefits, but it doesn’t taste great. Many people have turned to ACV gummies and other apple cider vinegar supplements to get the same health benefits without the undesirable taste.

Watch out for brain freeze! 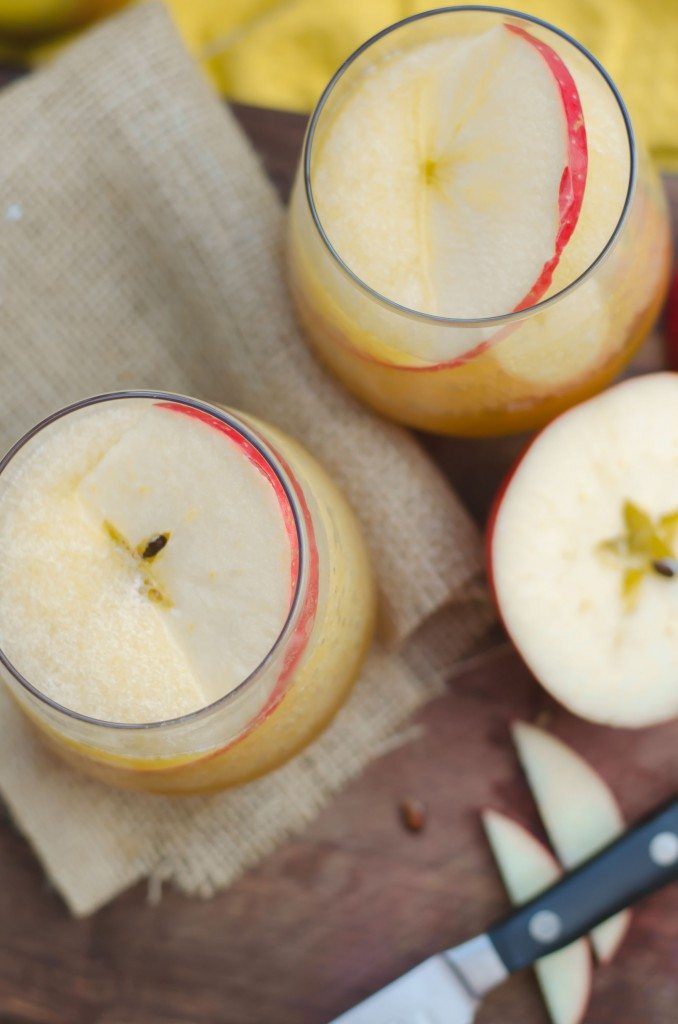 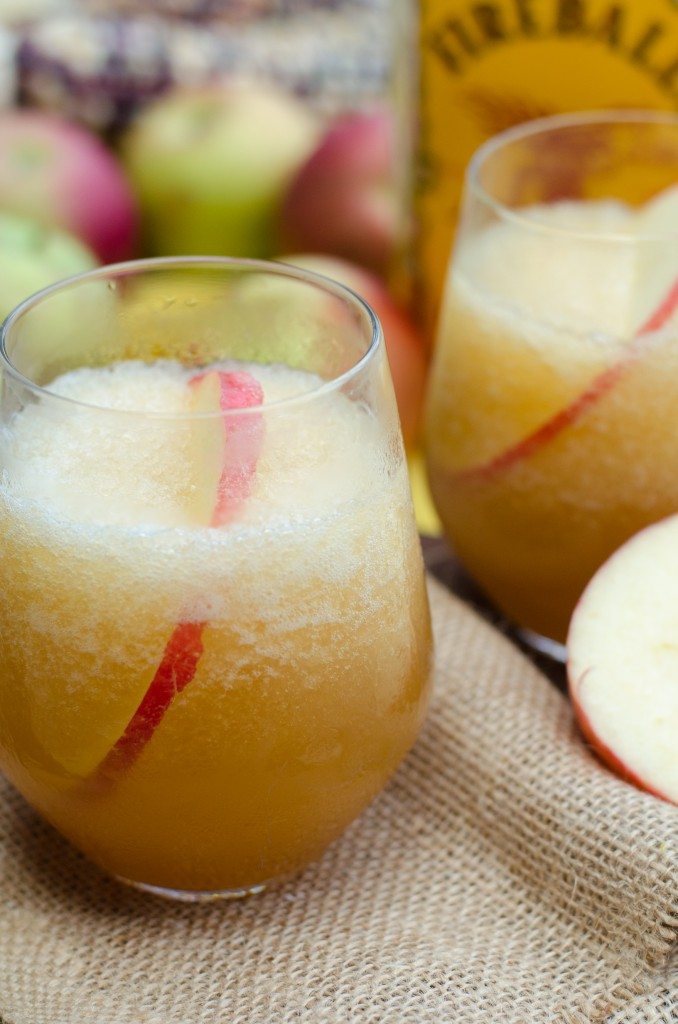 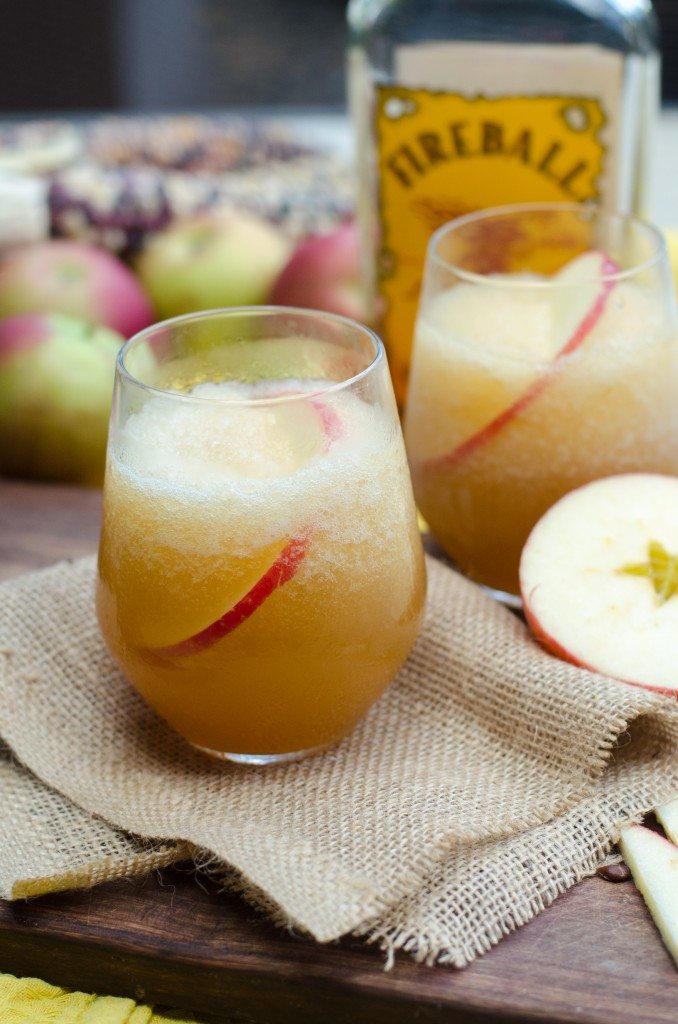 What you’ll need for this recipe: 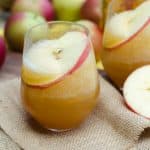 This Fire In Ice Apple Cider Fireball Slushie Fall Cocktail is one of the best ways to celebrate fall. It will leave you refreshed and wanting more!
Prep Time5 mins
Total Time5 mins
Servings: 2
Author: Jacqueline

If you enjoyed this Fire in Ice: Apple Cider Fireball Slushie Fall Cocktail recipe check out these: