Jump to Recipe
This Blackened Fish Sandwich with Crispy Onion Straws is the best blackened fish recipe! With a homemade creole tartar sauce, it just can’t be beat! 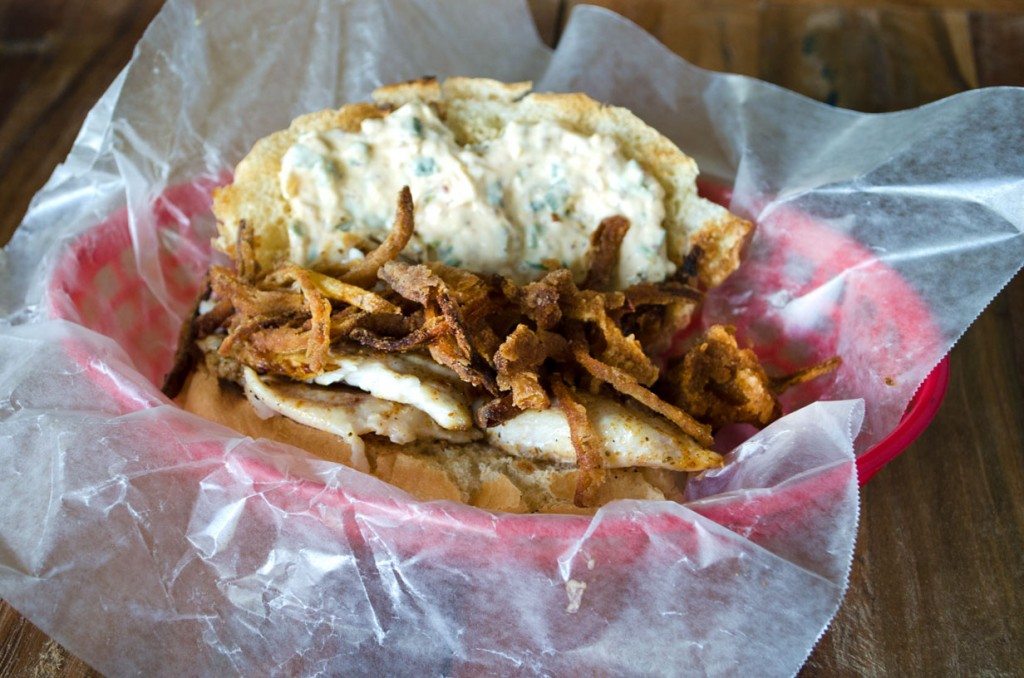 This blackened fish sandwich was my favorite item on the menu at this awesome little restaurant on a nearby beach. I am the first one to say that I am generally not much of a sandwich fan – there are very few that I like, and I have NEVER liked a fish sandwich.
However, that all changed last September.While I was looking at the menu, I watched this sandwich  be delivered to the table next to me, and I could Not. Stop. Staring. At. It.
There was a long piece of seasoned fish topped with crispy onion straws and served with some sort of sauce a creole tartar sauce. I ordered one immediately and ate the entire thing. The fish was so flaky and moist, which contrasted so nicely with the crunchy onion straws and the Creole tartar sauce gave the lightly blackened fish just enough of an extra kick without taking away from it. It was totally amazing. 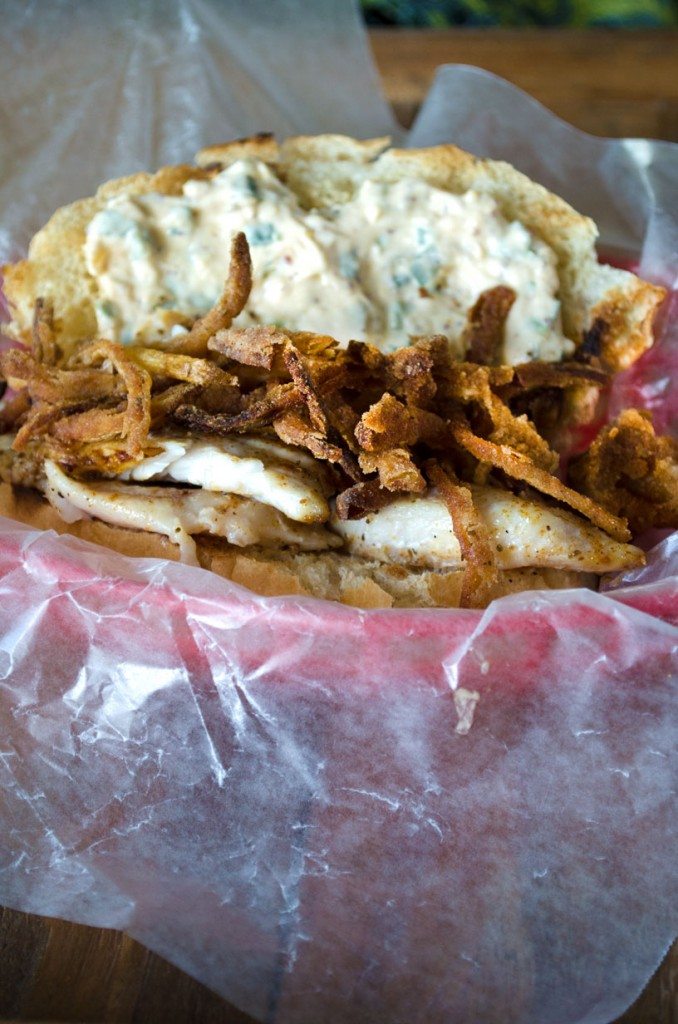 Then, they did something incredibly stupid and took it off their menu. It was the best thing they served, and they told me that the onion straws were too much extra work, so they decided to drop it. I told them they were insane, and then I came home and figured out how to make it for myself.
Here’s a little tidbit about how good the sandwich actually is- I made these for lunch one day, and Jonathan happily ate the fish and some of the onions. I shot the sandwiches, but I wasn’t happy with the results when I went to edit the photos later that evening. So the next day, I made three more fish fillets for lunch for Jonathan and I. I made Jonathan a small sandwich using one fish fillet, then saved the other two to re-shoot the sandwich. He finished his (in its entirety) in the time it took me to photograph the second sandwich. I gave him that one, thinking that he would eat maybe a third of it and I could eat the rest. Nope. He inhaled the entire thing and I got to eat a peanut butter and jelly sandwich for lunch.
Motherhood, man. 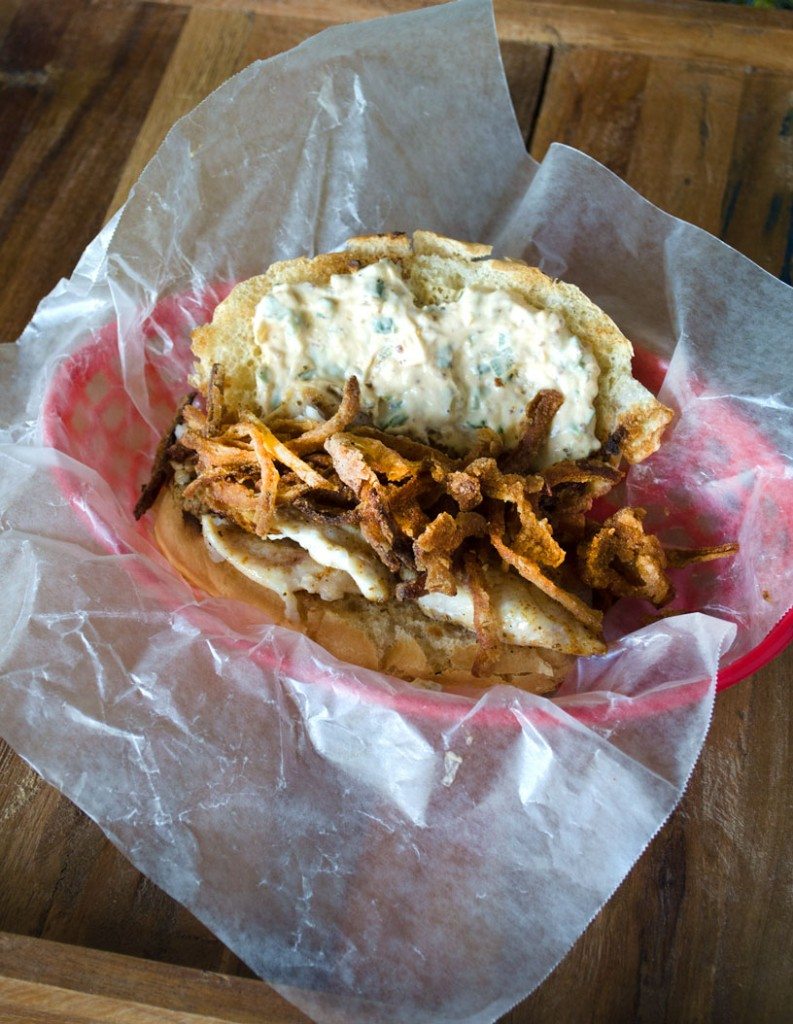 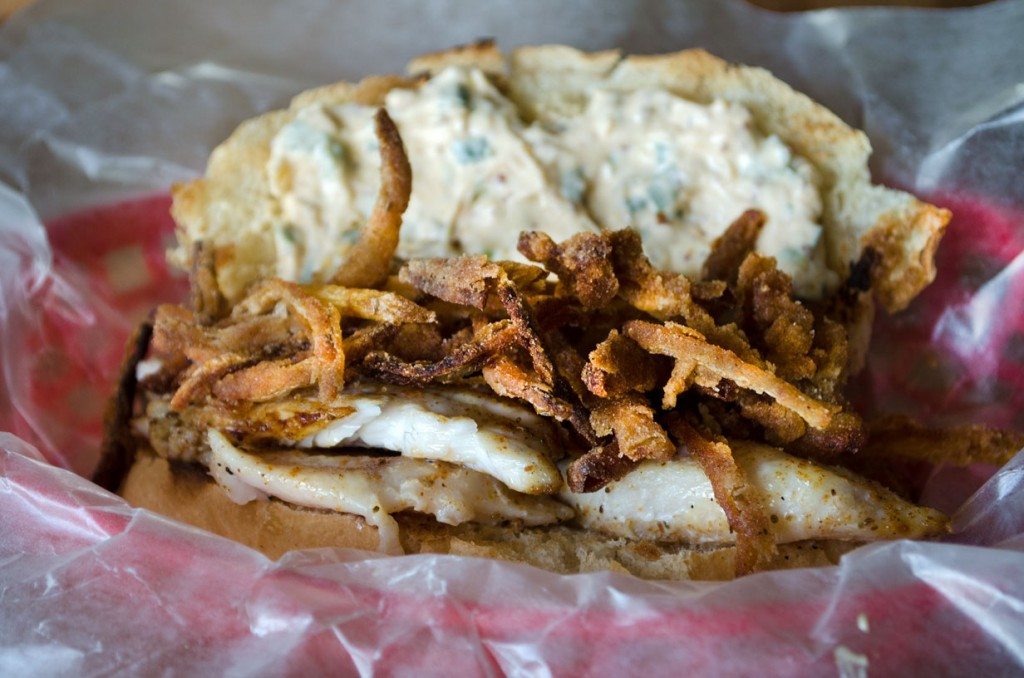 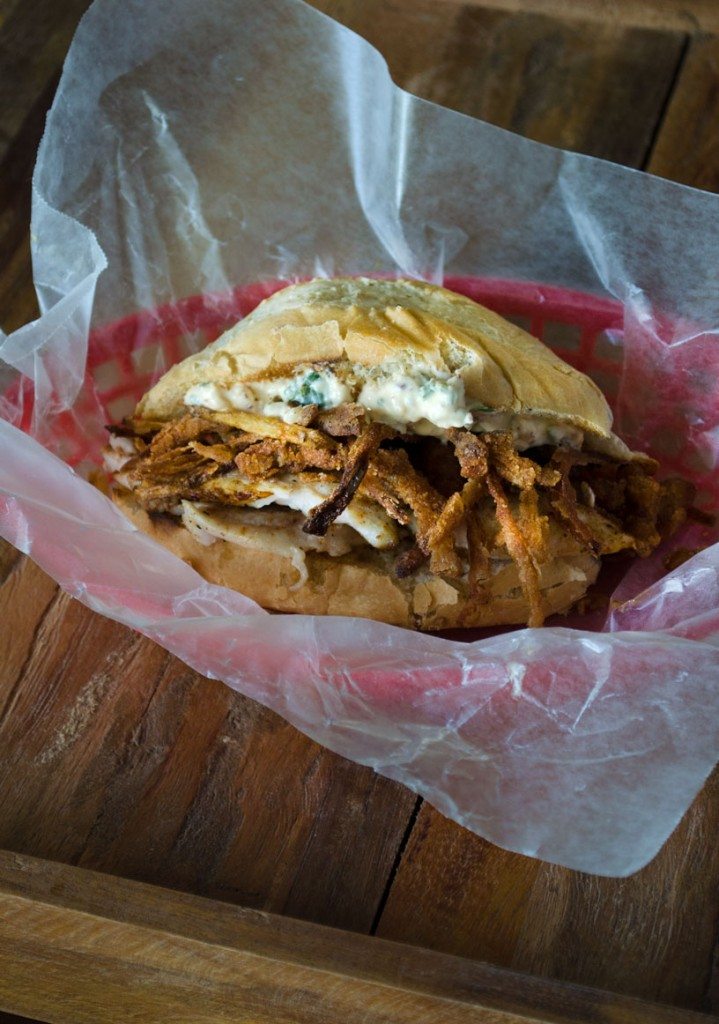 If you liked this Blackened Fish Sandwich recipe, check out these other fish recipes; 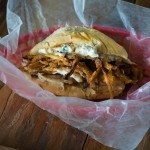