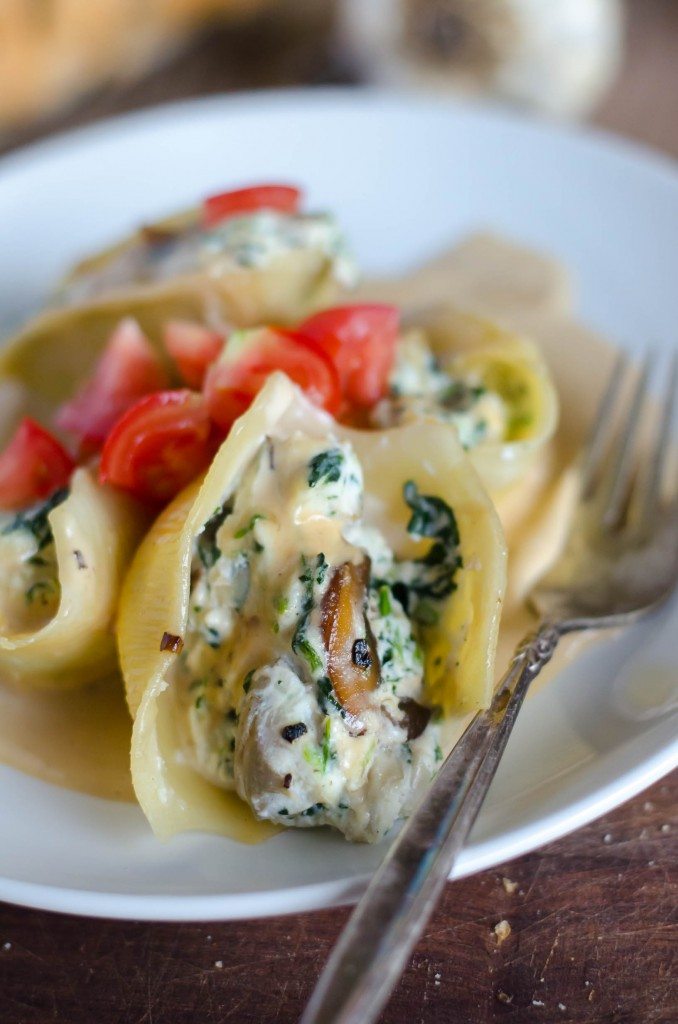 I’m not ashamed to say that I came up with this while walking down the frozen dinner aisle while grocery shopping.

Sometimes when Dave is working nights, I’m just not in the mood to cook- it just feels like way too much work to do for a 2-year old, who generally likes my cooking but is equally excited over a PB & J.

So occasionally I’ll pick up some frozen dinners for myself and/or the two of us. I was walking down the aisle, seeing if there was anything that would catch my eye.

Oh, stuffed shells. That sounds good. I should make those soon. With mushrooms! Maybe some spinach too. That mushroom ravioli looks good. Oooh chicken marsala. I bet I could make a marsala sauce for pasta.

And so on and so forth till we ended up here, with a vegetarian delight in pasta form. The marsala sauce is delicious and different than any other kind of sauce that I’ve ever put on pasta. I think this dish would also be great with a four cheese pasta sauce, alfredo sauce, marinara sauce or a creamy white wine garlic sauce.

In other words, any sauce. Any sauce at all! 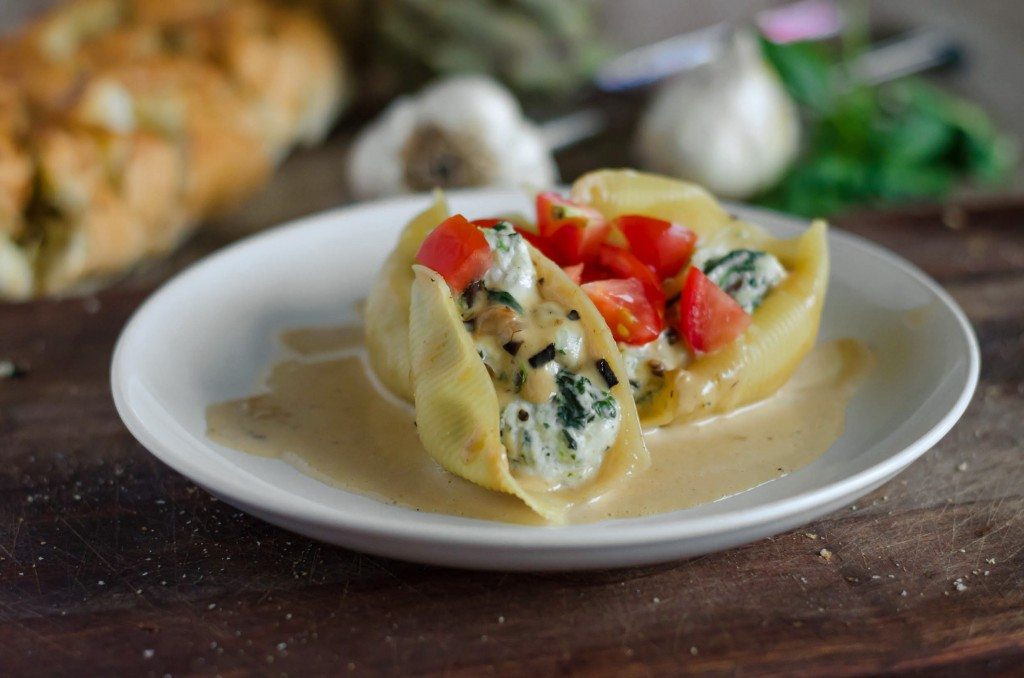 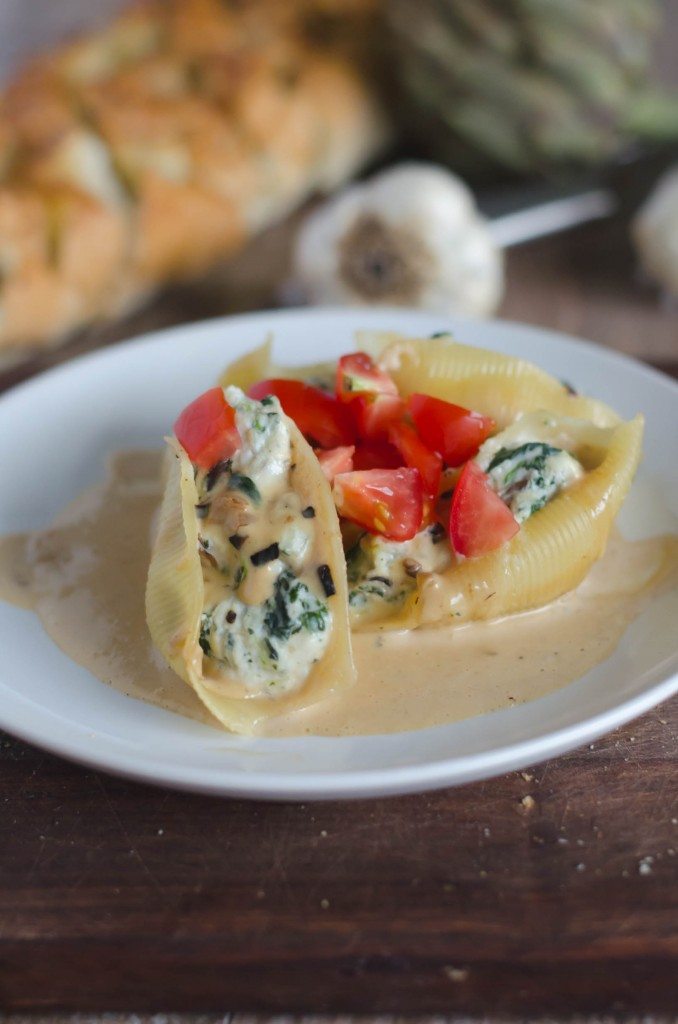 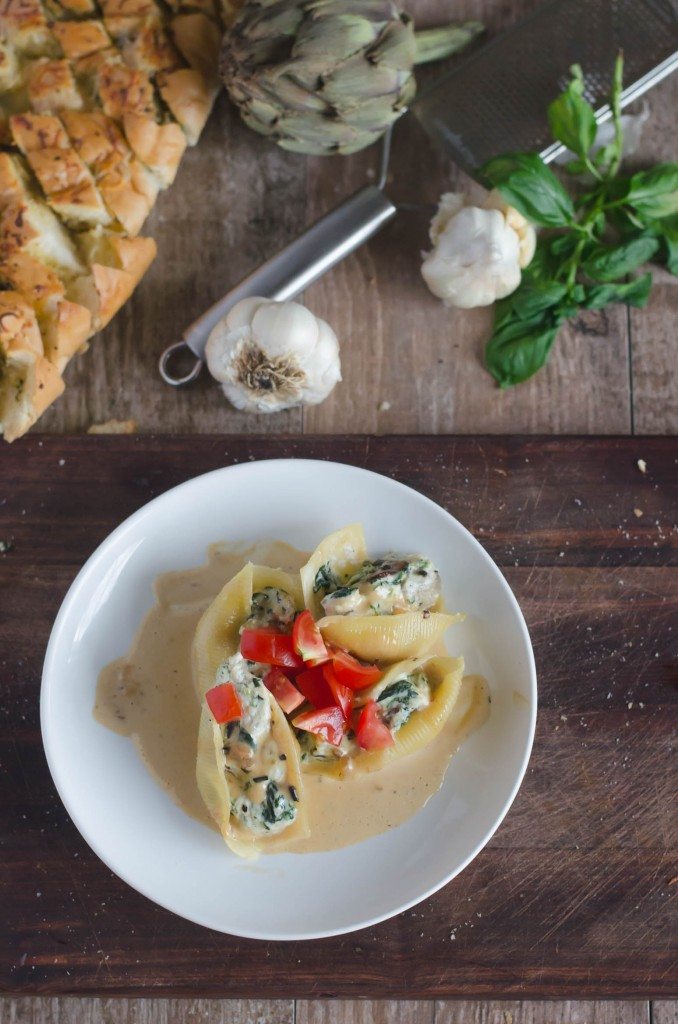 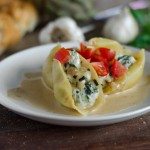