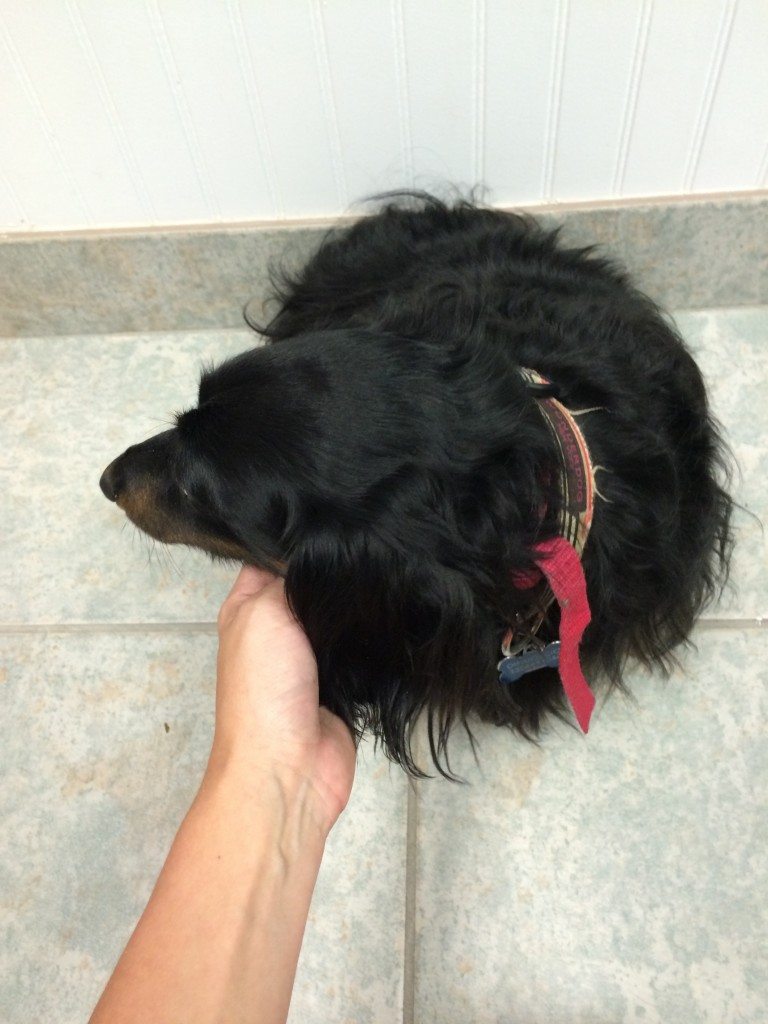 Right before being carted to the OR- stay strong, little buddy

I am so pleased to report that the vet called last night to say that the surgery went very well, and he was resting comfortably on a morphine drip. She said that she could tell that this wasn’t an acute injury- The disc had likely been bulging against his spine for awhile before it actually ruptured.

As glad as we were to hear that he came through with flying colors, we were sad to know that he has likely been in pain for awhile and has been hiding it from us. In retrospect, I CAN say that he has been less energetic and more sedentary, but I attributed it to the stress of the move and how GD hot it is here. I mean, I don’t even want to be outside and running around, and I’m not covered in black fur.

It also made us feel monumentally better about our decision to do the surgery, and really cemented the fa

Luckily, the spinal cord appeared not to be bruised, which was another great sign. She was encouraging about her prognosis for recovery, but warned me that it could take weeks before he responded to the surgery and started moving his back end at all. I was to expect a status phone call in the morning, where she would be testing his pain response to see if it was any stronger at all.

I got my call this morning around 8. He slept comfortably through the whole night (who wouldn’t on a morphine drip?!).

Then she told me that he he wagged his tail like crazy when they were checking him!!!

What absolutely wonderful and unexpected news! I asked if his pain response was any different from yesterday, and was told that they didn’t test it- the enthusiastic tail wagging told them that he did, in fact, have feeling in his legs already. No point in pinching his toes!!

I am elated at this early progress. They want to keep him until Friday, which I think is probably best as well. Quieter. Access to stronger steroids and pain medicine. No Jonathan. 😉

I am trying not to get my hopes up too high this early, but I am allowing myself to be “optimistically encouraged.”