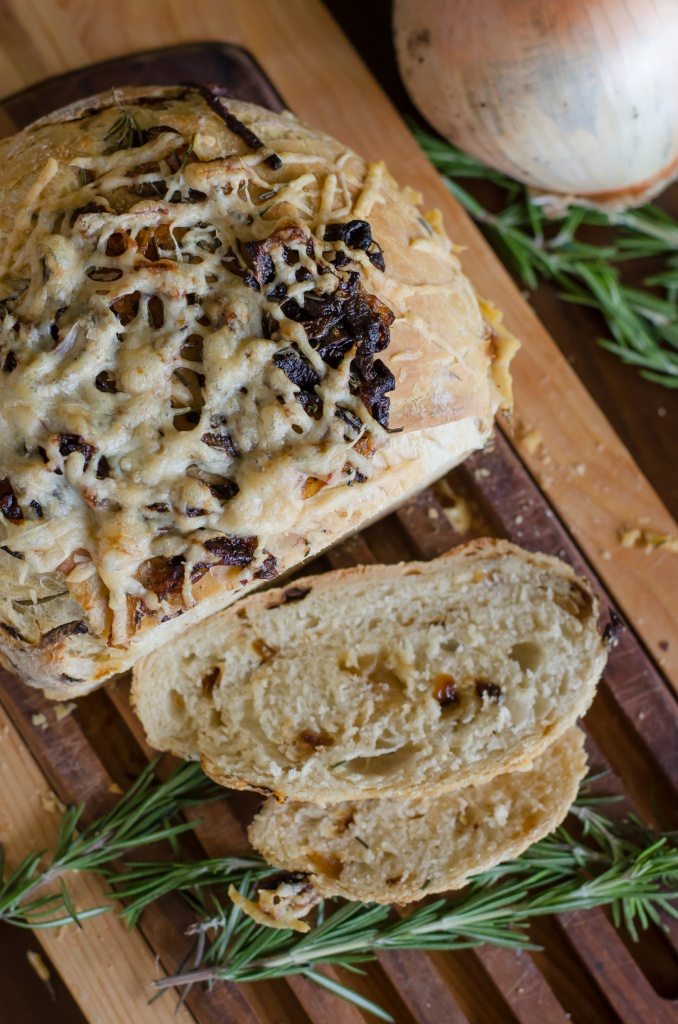 True story- I have been super in the mood for bread baking lately. I haven’t done it in quite awhile- in fact, I think the last time I did was for my cheddar jalepeno bread.

As much as I love the concept behind no knead bread, sometimes I just don’t have there wherewithal to get it mixed up early enough. The mornings tend to be a little… well, we’ll just say “chaotic.” Nap time- AKA Mom’s 90 minute sanity restoration period- is usually when I go “Oh crap! I didn’t do [insert thing I meant to do four hours ago]. 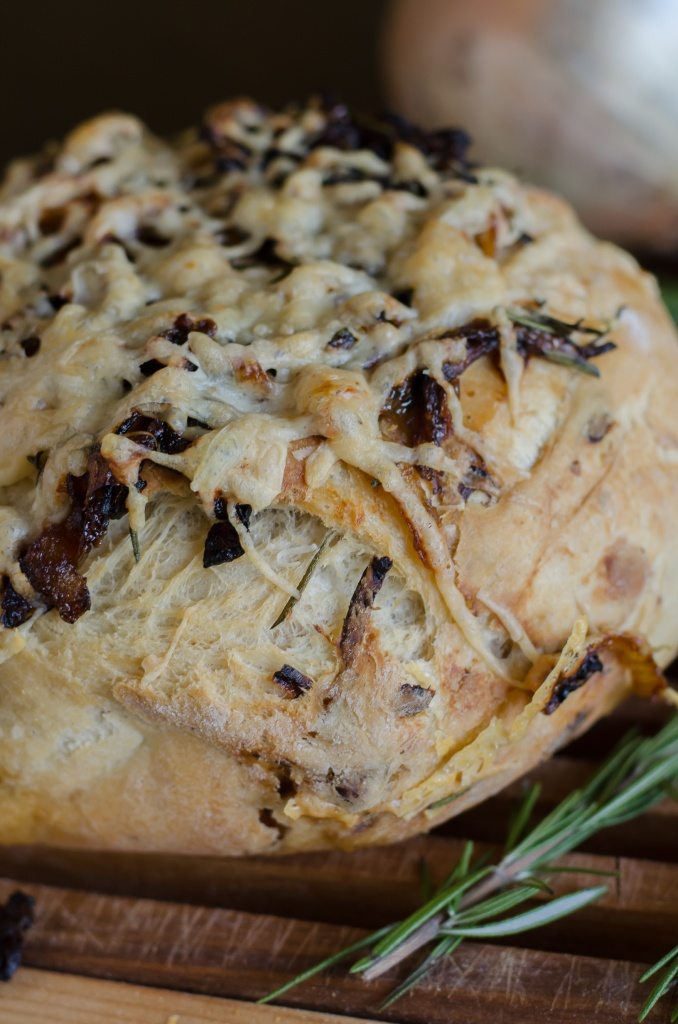 Thats why I really like one of my favorite cook books, Artisan Bread in Five Minutes A Day. The whole book is chock full of great bread ideas, and is based on the principle that bread dough can be mixed up ahead of time, kept in the fridge, and baked whenever you want it, this is basically how I discovered the amazing brioche buns!

I’ve adapted their recipe for olive oil bread into a version that works well more as a traditional bread technique- no chilling required, and very little kneading! I have never minded kneading bread, it can be a great, soothing way to work out the day’s frustrations! I still follow the no-knead method of baking it in a heavy lidded pot or dutch oven- in my opinion, it gives it a really nice crispy crust and lets the bread rise higher than it does on just a baking sheet.

The flavor in this bread- its to die for! Jonathan, in typical fashion, grabbed a piece in the middle of shooting (you saw this if you follow on Instagram), then wandered off with it. About 10 seconds later, I heard “Mmmm! Yummy!”

So you know there’s at least ONE enthusiastic stamp of approval on this. And the way your house will smell? Nothing short of heavenly. 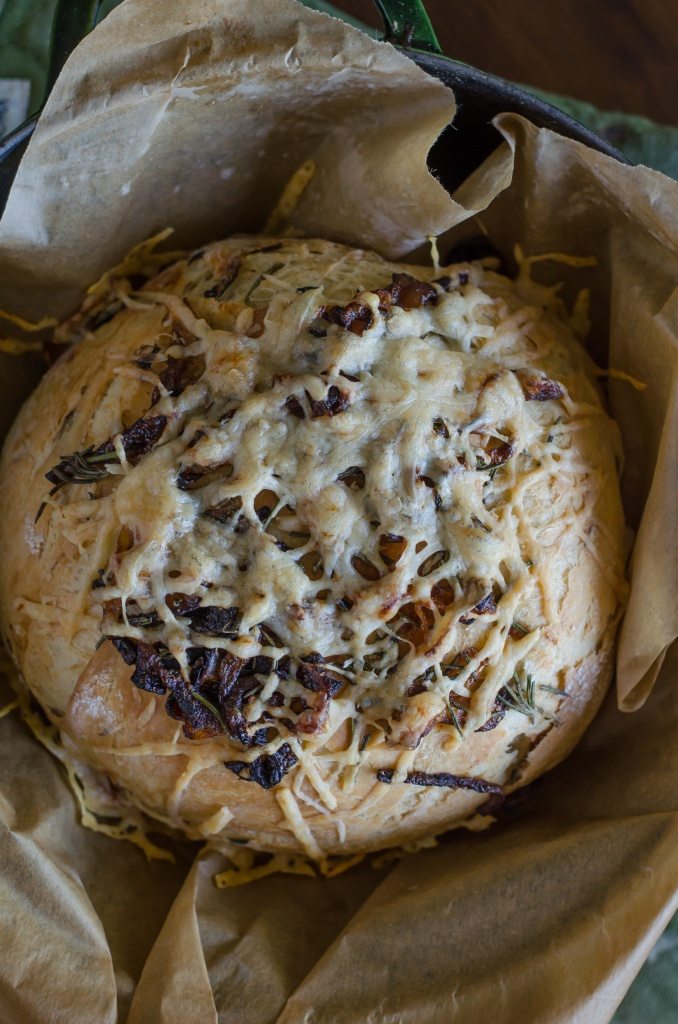 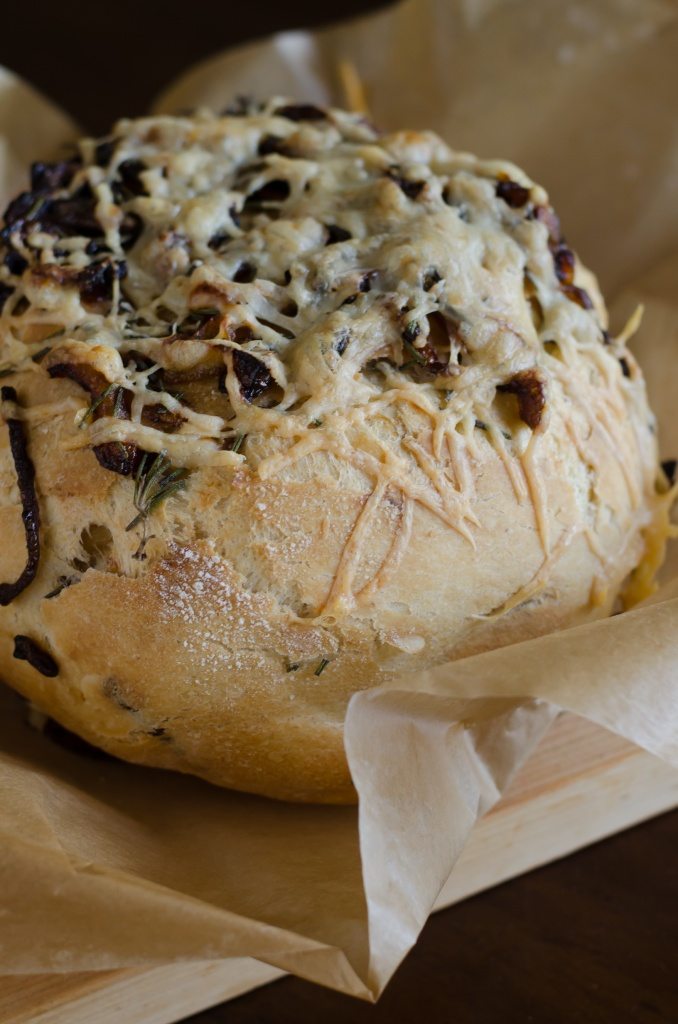 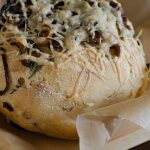