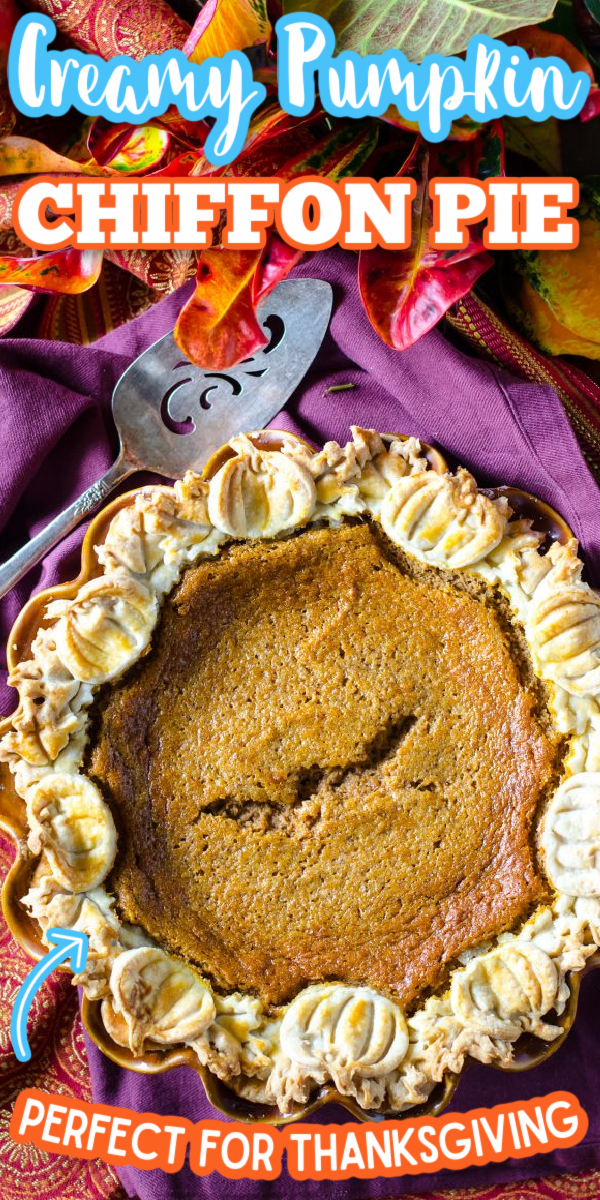 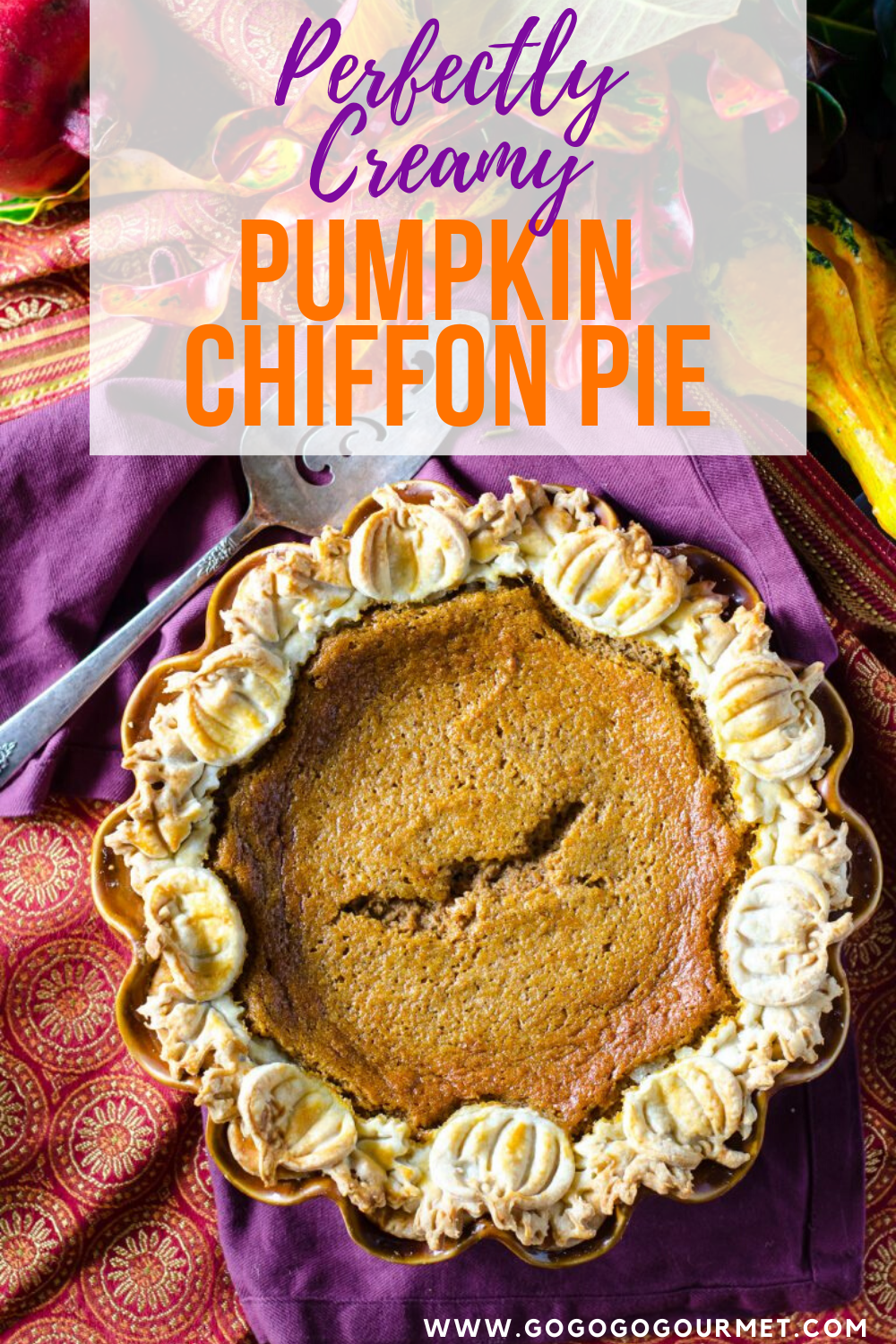 Step up your Thanksgiving dessert game with this Pumpkin Chiffon Pie recipe! It’s perfectly sweet and would look great on your dessert table. 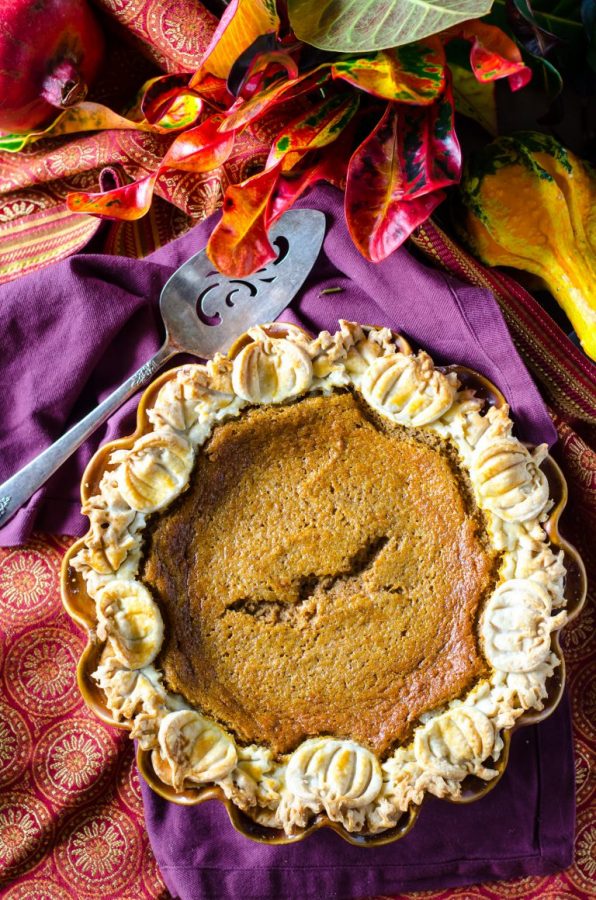 You will never go back to making regular old pumpkin pie after you’ve tried this best ever pumpkin chiffon pie recipe!

When it comes to Thanksgiving, I’m a sucker for the desserts. Of course I love the turkey with all the fixings, but give me a pumpkin pie or a pumpkin roll, and I’m done for. You know that saying “there’s always room for dessert?” Yeah, I’m living proof of that.

But when I indulge in something like pumpkin pie, I want it to be good. The canned pumpkin pie filling is okay and all, but I prefer something a little better. That’s where this Pumpkin Chiffon Pie comes in.

The best part about this pie is that you can make it ahead of time. Thanksgiving Day should be spent making the turkey and sides, so it’s helpful to have some things you don’t have to worry about. In fact, you want the pie to cool completely before serving anyways, so making it the day before is necessary. 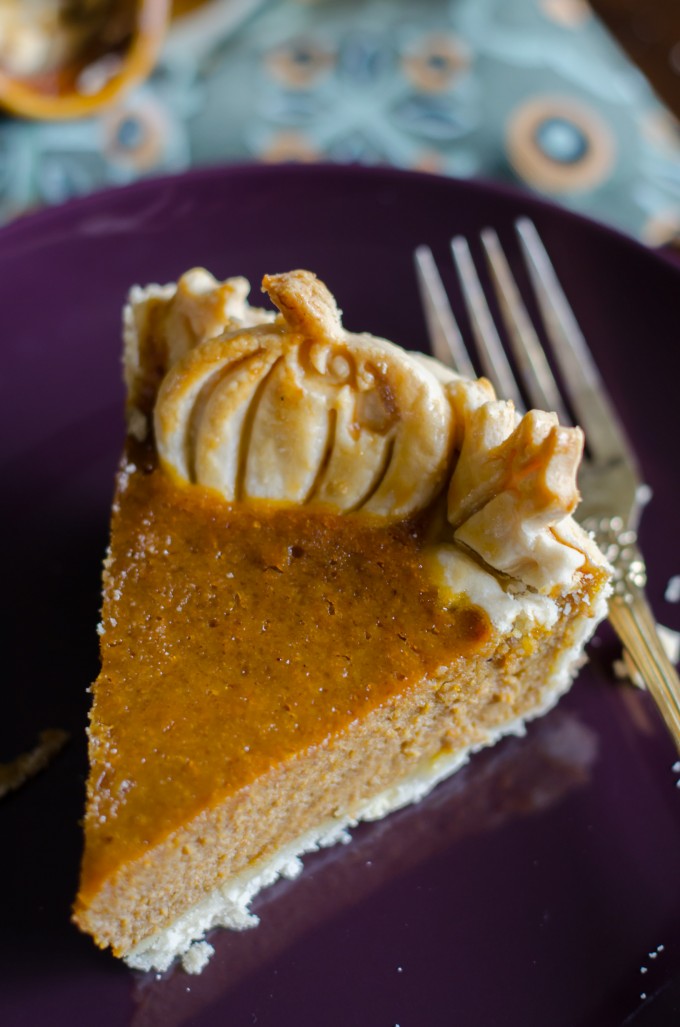 To make this Pumpkin Chiffon Pie, you need to start with the pie crust. You could certainly use a pre-made pie shell if you prefer, but homemade pie crust always tastes best to me. Plus it only requires a few ingredients and it’s relatively easy to make.

You start by adding the flour, sugar and salt to the bowl of a food processor. Sprinkle the butter on top, and pulse until coarse crumbles start to form. Pour in the apple cider vinegar, and then while the machine is still running, pour in the ice water. Once you see the dough starting to form, turn off the food processor.

Turn the dough out onto a lightly floured surface and knead briefly. Form into two disks and wrap each one in plastic wrap. Chill the pie dough in the refrigerator for at least one hour. 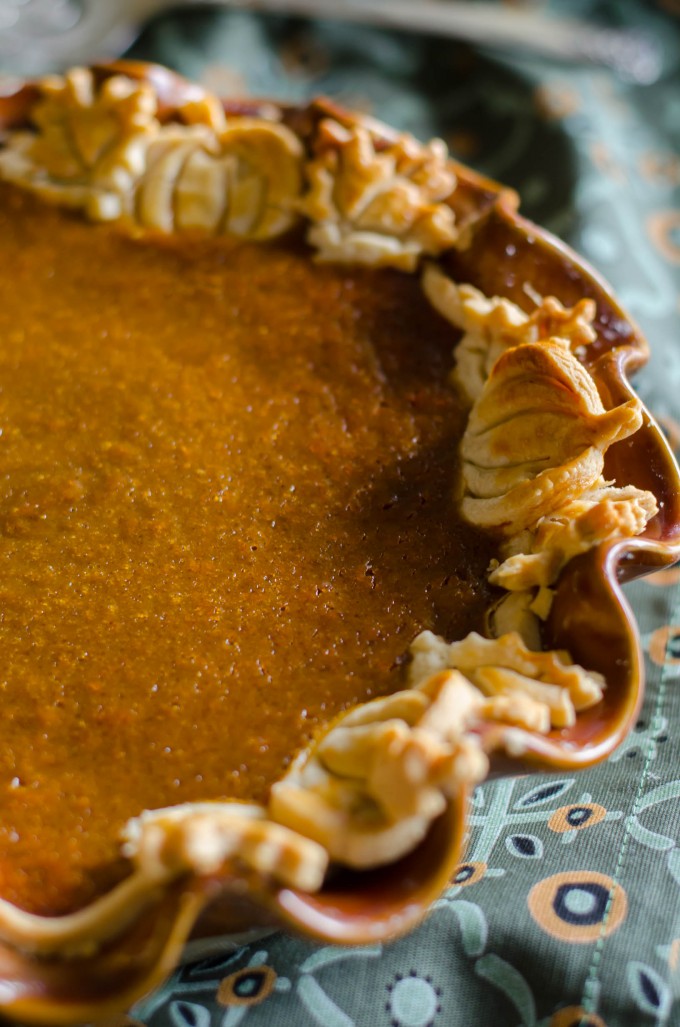 After chilling, roll out one of the disks on a lightly floured surface. Make sure it’s large enough to cover your 9-inch pie plate. Transfer the crust to the pie plate, cut off the excess dough and roll the edges in to create the crust.

Now on to the filling! In a medium bowl, stir together the pumpkin puree, egg yolks, spices, corn starch and sugar. Then pour in the cream and stir until smooth. In a separate bowl, add the egg whites. Use a hand mixer to beat the egg white until soft peaks form, then gradually sprinkle in the remaining sugar and continue beating until stiff peaks form.

Fold the egg whites into the pumpkin mixture until they are evenly combined and smooth. Pour the entire mixture into the prepared pie crust. If you’d like to, roll out the second disk of pie dough to create the decorative elements of the crust (I linked to the ones I used below.) You can easily attach these decorative pieces by brushing on a beaten egg. 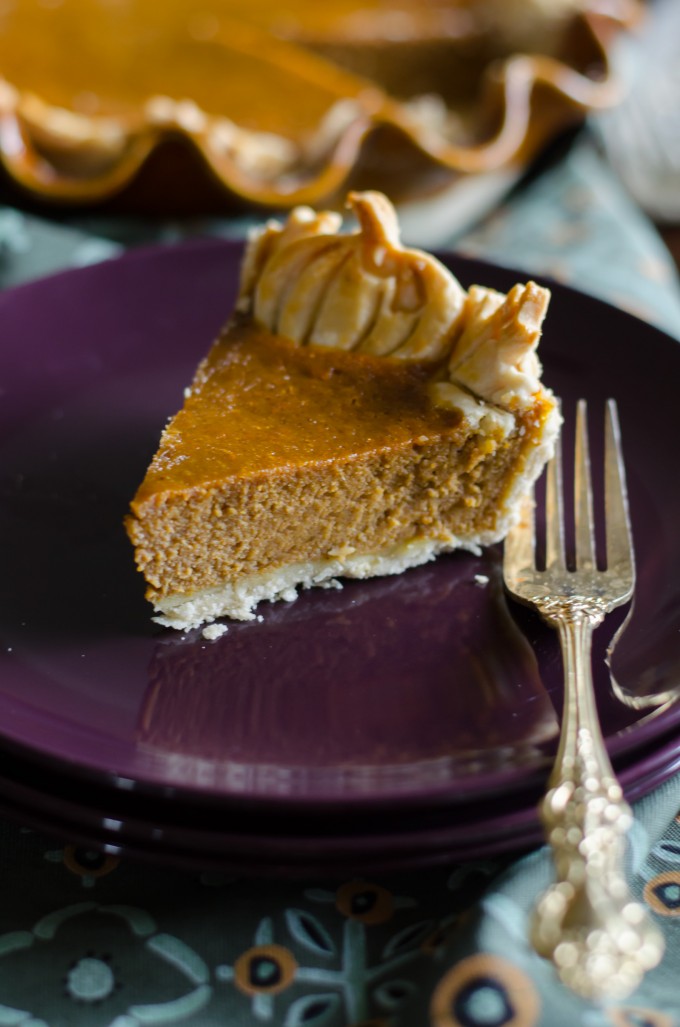 Bake the pie for 45-50 minutes. The crust should be golden brown, and the filling just be puffed up and set, but still slightly jiggly. Remove from the heat and allow to cool completely. It will hold up just fine if you’d like to refrigerate over night.

If you liked this pumpkin pie, check out these other delicious pumpkin recipes: 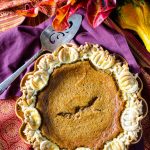 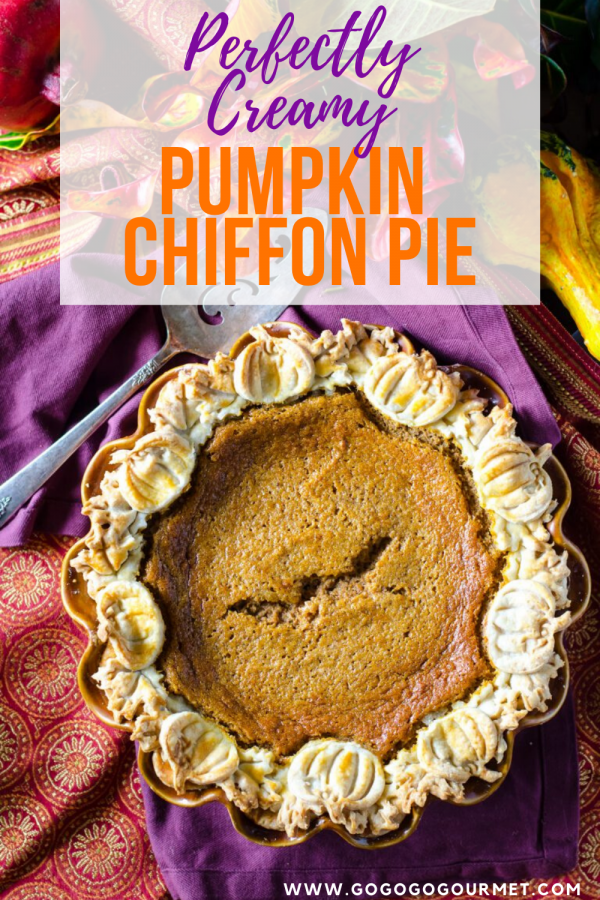