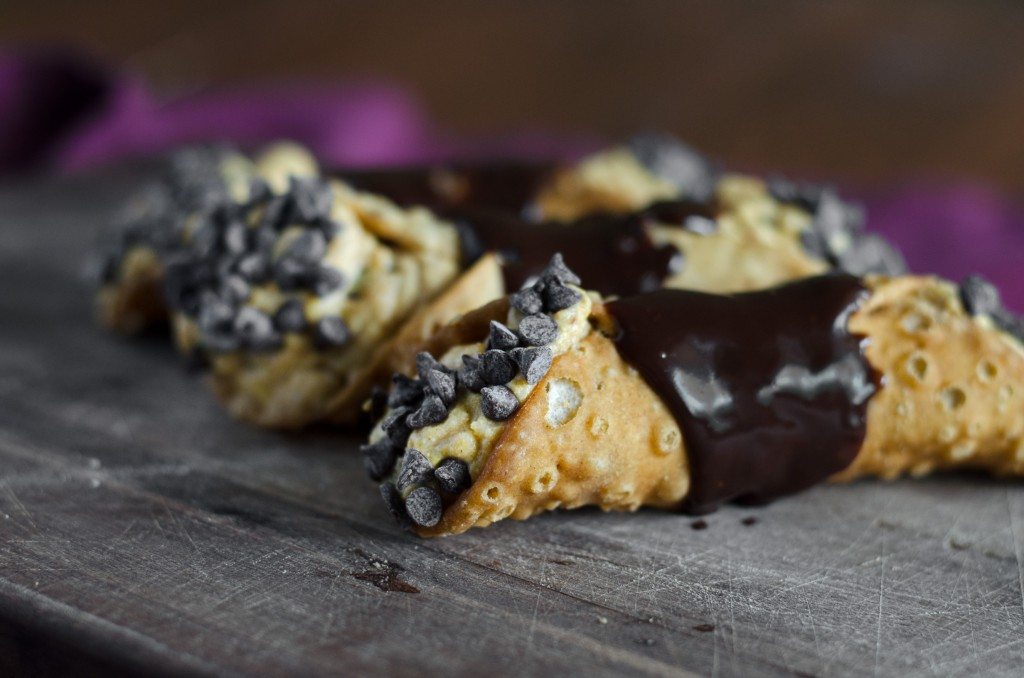 I phrased that in a way that makes it seem as though I think I’m too good to join in. Nothing could be further than the truth, because I live for pumpkin season. Dave loves pumpkin beer; I love any and all desserts that contain pumpkin. Even down here in Florida, where it still well into the 90s every single day, the flavors of pumpkin and the corresponding spices just bring me back to cool nights in front of a fire pit, wrapped up in a nice thick sweater. I think it’s one of the coziest flavor profiles that exists, if that makes any sense. 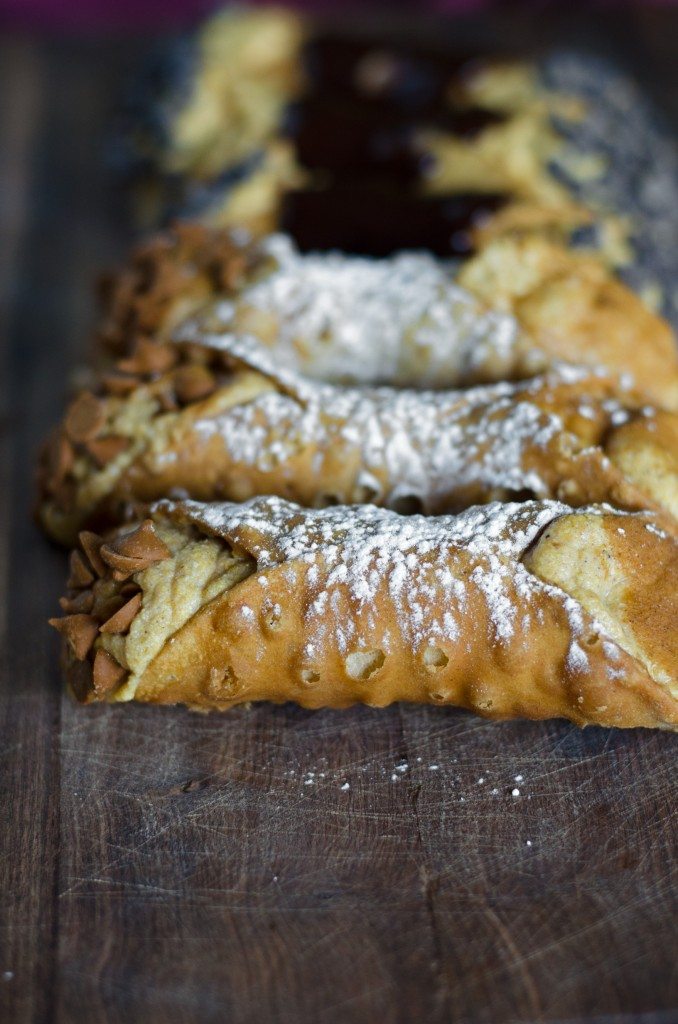 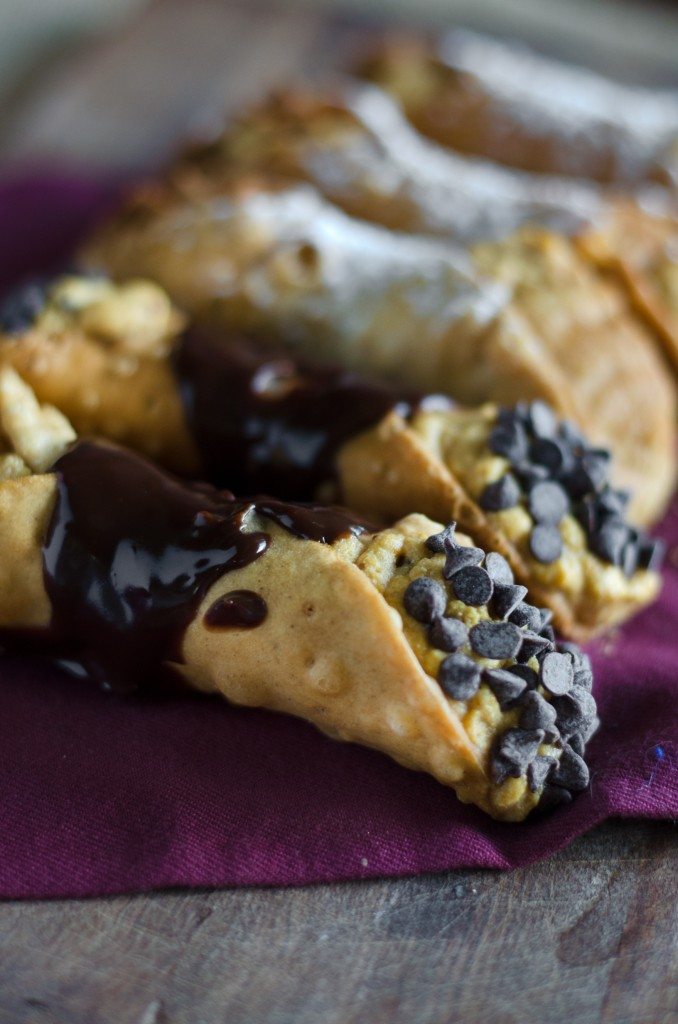 I already have quite a few pumpkin recipes on here, so I wanted to do something just a little bit different. I don’t know anybody that doesn’t like cannoli – that wondrous little Italian dessert of creamy ricotta,with various mix-ins, stuffed into a crispy pastry shell. I have always loved them, and the reality is that they really can’t be any easier to make. Even though I suppose you consider this the start of baking season, these pumpkin cannoli are a 10-to-15-minutes, no-bake dessert. I don’t care how much you love baking, you can’t beat those stats!

I did these two different ways – one as a pumpkin spice version and one as a chocolate pumpkin version. I’ve never tried the flavors of chocolate and pumpkin together, although I’ve seen it done before. I am pleased to report that the combination of the two is simply phenomenal. The filling in general tastes just like pumpkin pie, and honestly the whole dessert is very reminiscent of it- rather than a flaky piecrust, get a ready-made crispy pastry shell, with a filling made with whipped Mazatlan, ricotta, pumpkin and spices. The only tip that I would maybe offer you, if you felt like you had some extra time to spare, would be to allow the ricotta and pumpkin to string – especially the pumpkin. Pumpkin contains quite a bit of water, and since this is a no bake dessert the water can separate out. If you allow it to strain in a mesh strainer for a while, a lot of the water will drain out and you’ll end up with a more concentrated and creamy filling. I did not do this, so I can tell you it is definitely not necessary. But I can tell you that I will probably strained my pumpkin the second time I make these (time allowing!) 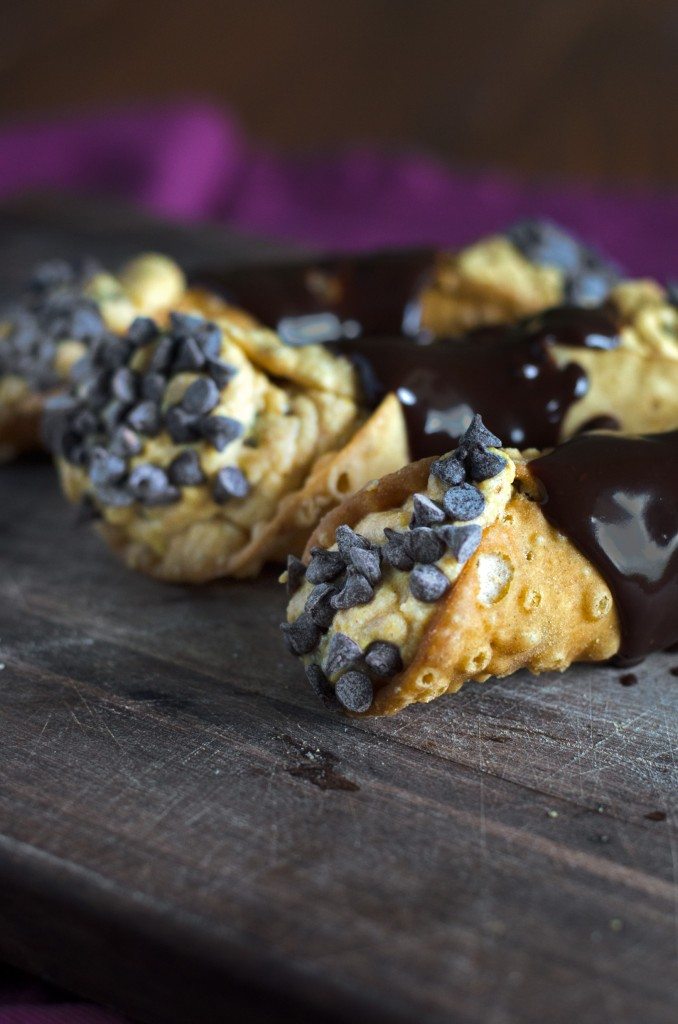 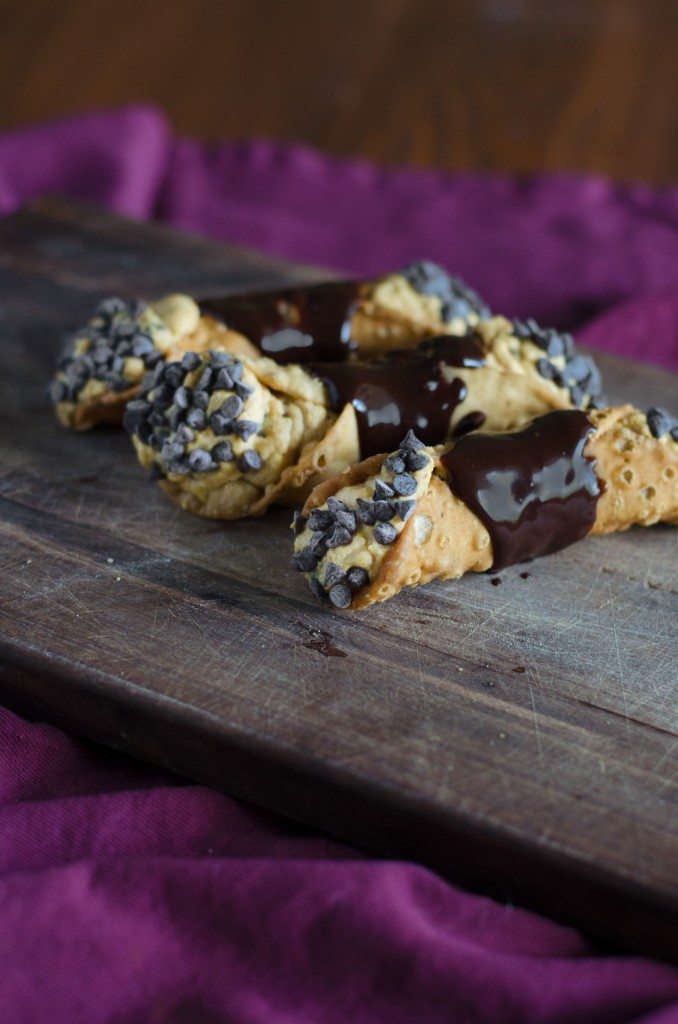 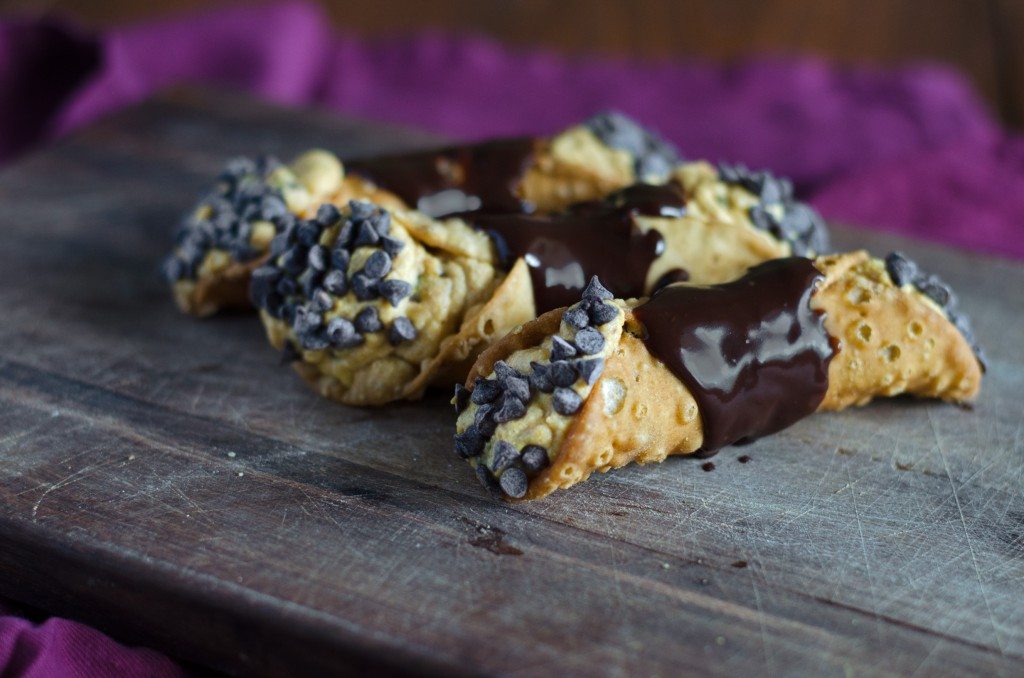 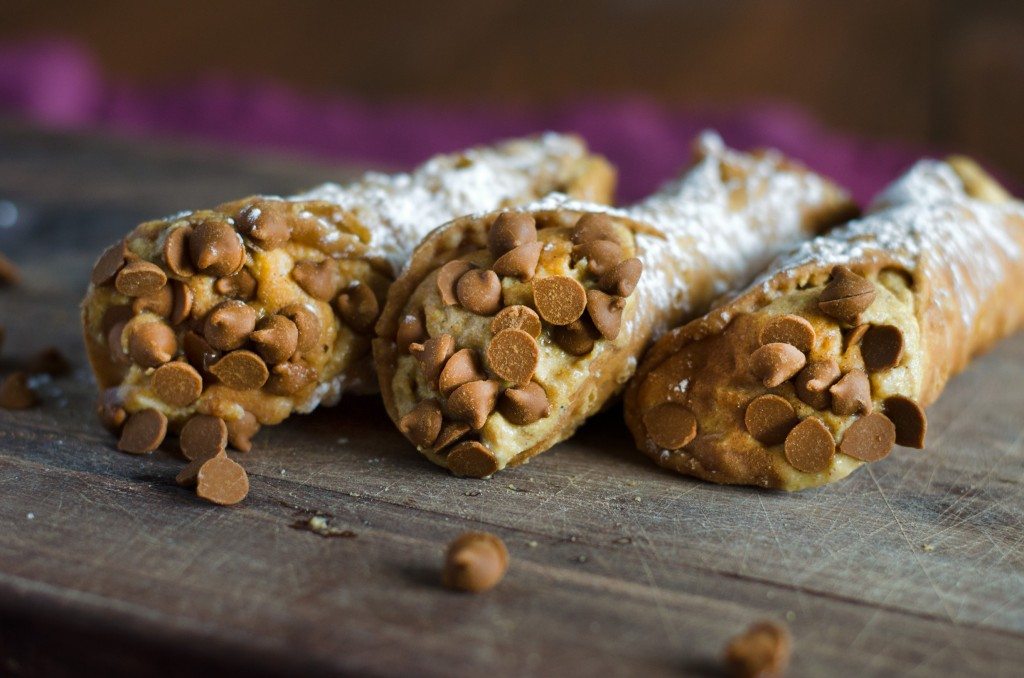 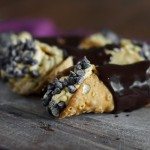