These Key Lime Garlic Oysters have a delicious flavor! Baking them (or even grilling them!) makes the shucking process so much easier! 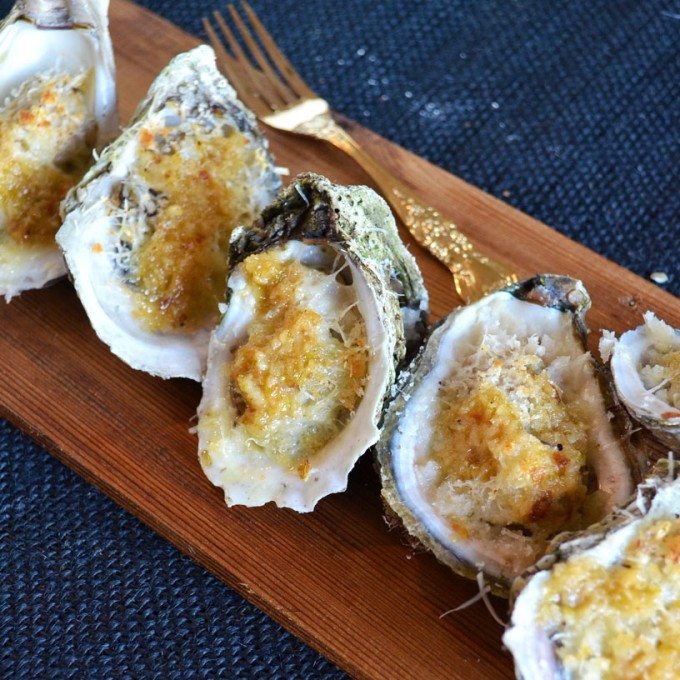 The nice thing about baking (or even grilling) key lime garlic oysters is that it makes the shucking process so much easier. The baking allows the shells to open slightly and relaxes them, so its way easier to run a small knife under the shell, separate the oyster from the shell, and pop the top shell off. The only thing that make it slightly harder is that the shells are hotter than hell.
Now I’m not going to lie to you, the shucking process has POTENTIAL to be tedious. I can assure you that now, I can shuck an oyster without looking like a bumbling fool. If I ever get stranded on a deserted island, I’ll be okay as long as I have a screwdriver. 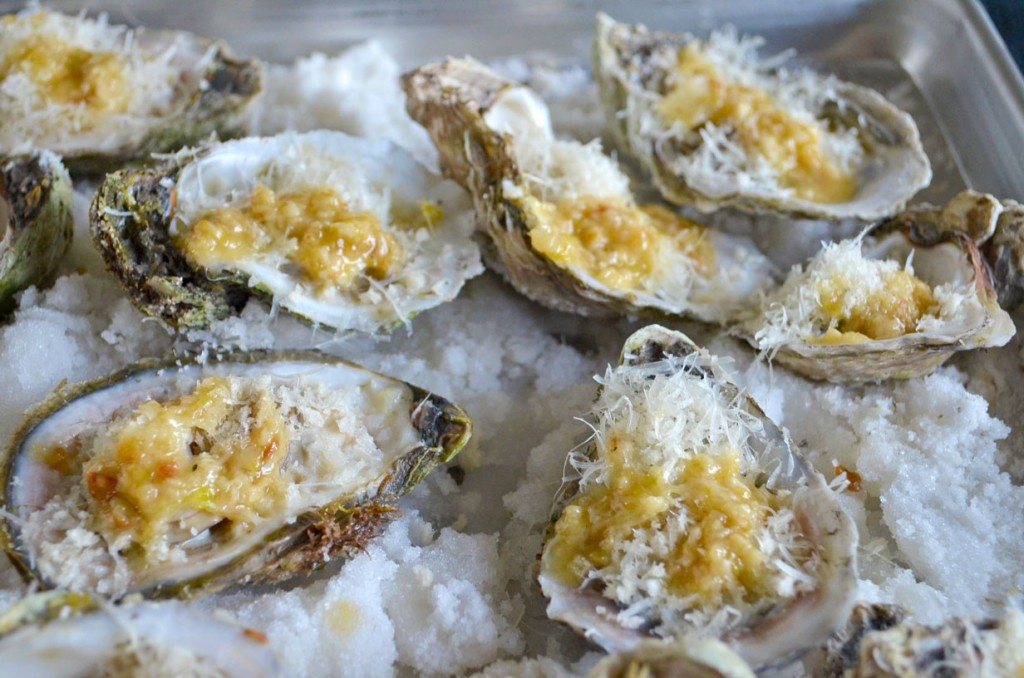 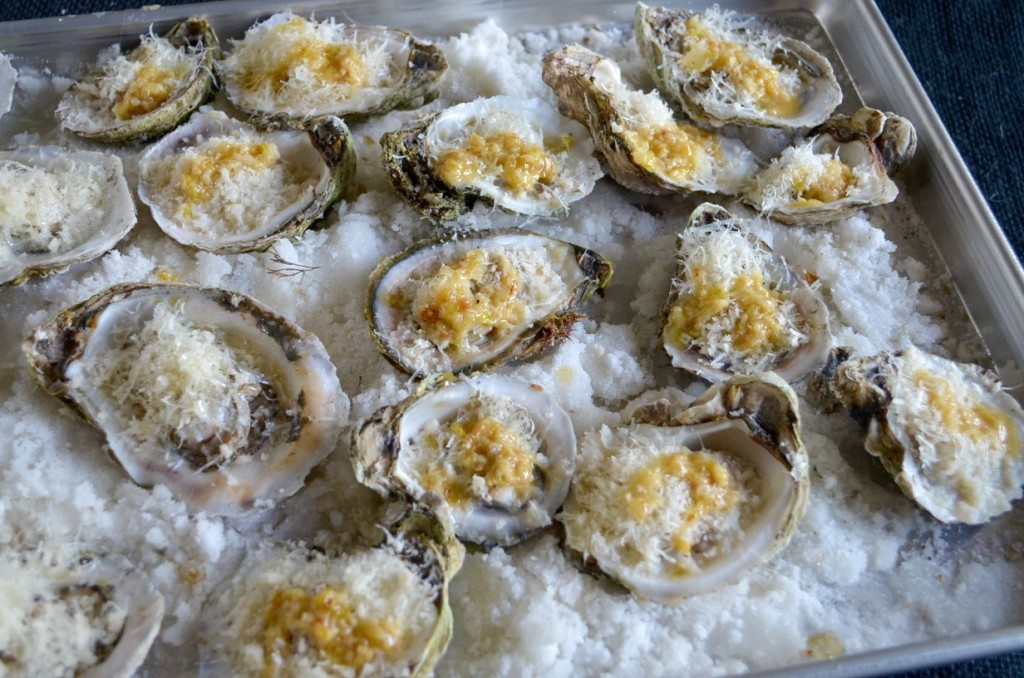 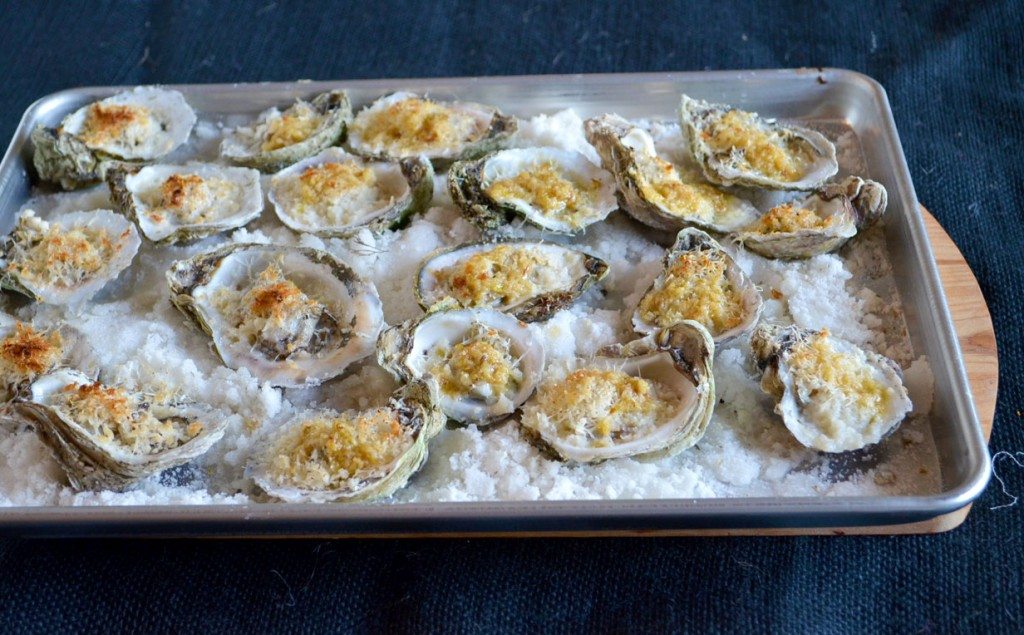 A screwdriver?
Yes, a screwdriver. Its my preferred implement for oyster shucking, particularly . I am always terrified when I’m using a knife to do this, and I can never bear to use a sharp one- it feels like I’m going to snap the blade in half. You know what I’m NOT going to break in half? The handle of a screwdriver. You can shove a regular screw driver into the hinge of the shell and lever that thing right up. Then you can use your knife to finish the job.
I’m starting to realize how many times I use hardware-related tools in the kitchen….
Of course, these last two posts have been all about baking oysters, but I couldn’t forget about the classic- raw, shucked oysters, served with a squeeze of lemon and a little cocktail sauce. Theres a reason this quote from Hemingway’s A Moveable Feast is one of my favorites:

“As I ate the oysters with their strong taste of the sea and their faint metallic taste that the cold white wine washed away, leaving only the sea taste and the succulent texture, and as I drank their cold liquid from each shell and washed it down with the crisp taste of the wine, I lost the empty feeling and began to be happy and to make plans.” 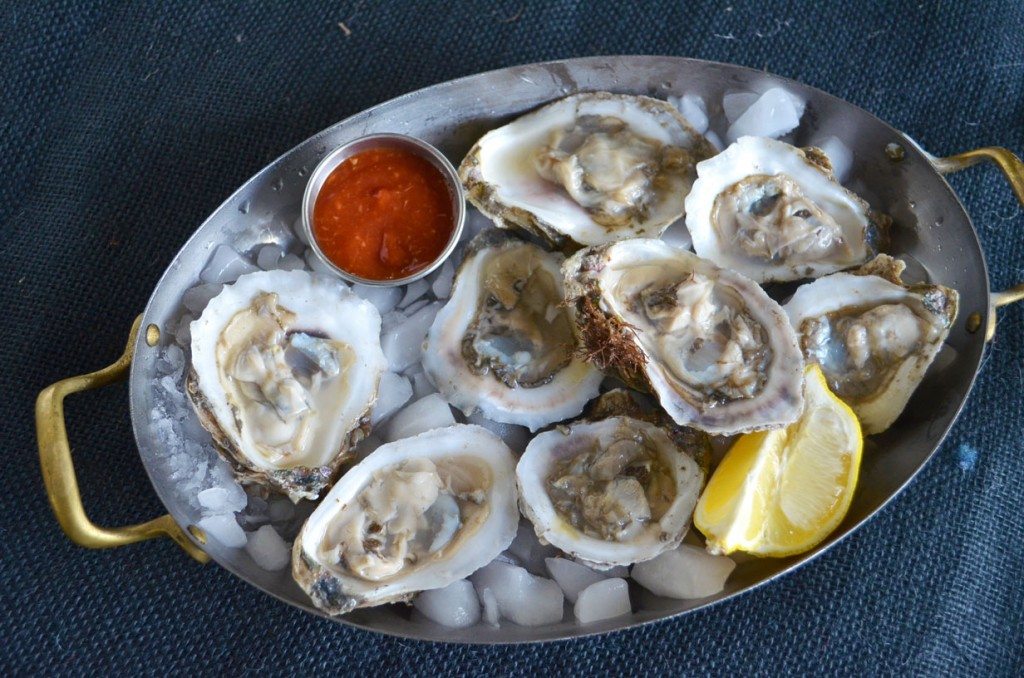 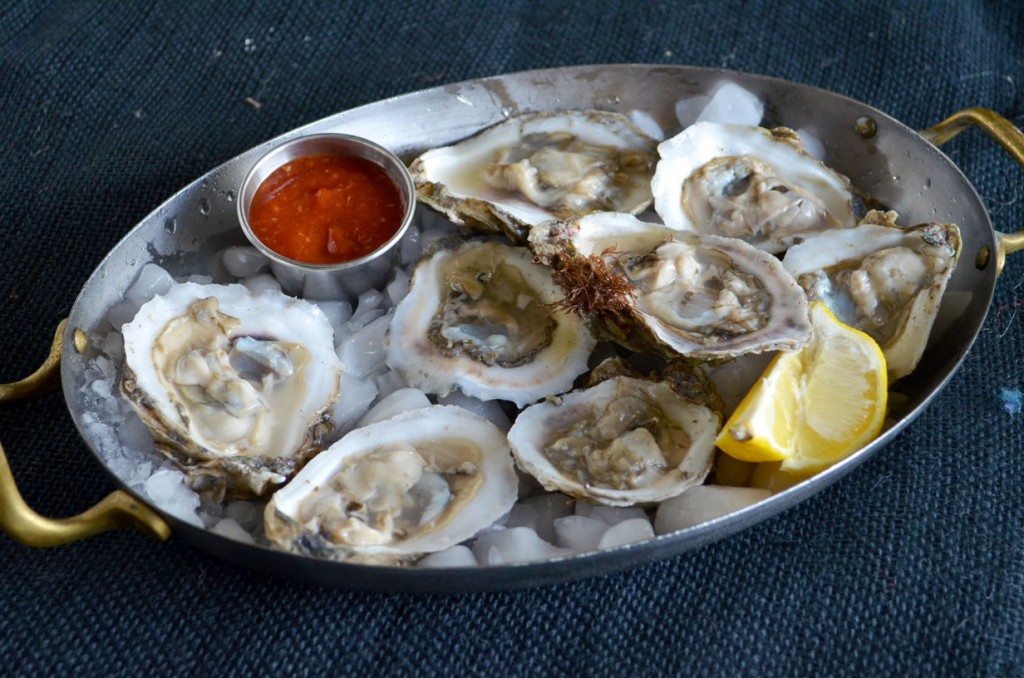 If you liked these Key Lime Oysters, check out these other easy seafood recipes: 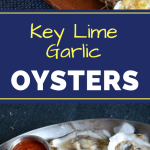