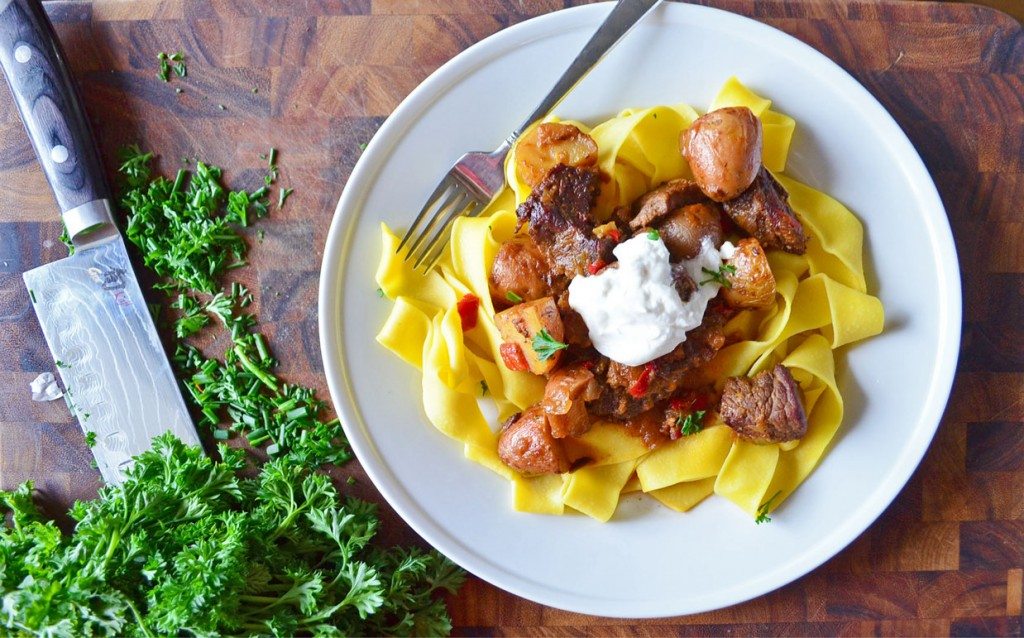 One of the things that I really enjoy about writing this blog is how it pushes me to come up with different dinner ideas, and really helps to keep me out of a rut. I’ve always liked trying new dishes, but sometimes you just want what you KNOW is going to work for everyone when you sit down to the table that night.

Well, I bought a large package of cubed beef chuck at Sam’s, but then had no motivation for what I actually wanted to do with it. All I knew is that we had had a lot of chicken lately, and I wanted something different. I only have a couple standard dishes that I use cubed chuck for- either beef stew or beef burgundy. Since I’d already done those for the site, I set out to do something different. I pulled out this cookbook and started flipping through it. The picture for Hungarian Goulash caught my eye. I read through the ingredient list, and lo and behold! I had everything in the house already. DONE. I’d never had goulash, nor did I really know what was in it, so I set out to find out.

Have to say… we loved this. Dave ate it three times in four days- something that I considered to be quite a measure of success, since he had more than a few reservations written in his facial expressions when I set the plate down in front of him that first night. “What is this? Sour cream? On top of pasta?”

I still don’t know quite how to describe it- according to the cookbook, a goulash is a dish that features paprika and sour cream. I still think that its kind of a broad definition. The dish was great! The beef was tender and rich and falling apart, with kind of a smoky flavor from the paprika and red pepper. I really had no idea what to expect, and honestly was kind of  expecting not to like it, because it DOES sound like a lot of things that wouldn’t maybe necessarily go together. Beef, pasta, potatoes, red pepper, sour cream? Kind of weird. But it WORKS.

If you wanted to prepare this in the crockpot, I would do steps 1-4 the night before, then put the rest of it in the crockpot before you leave in the morning. 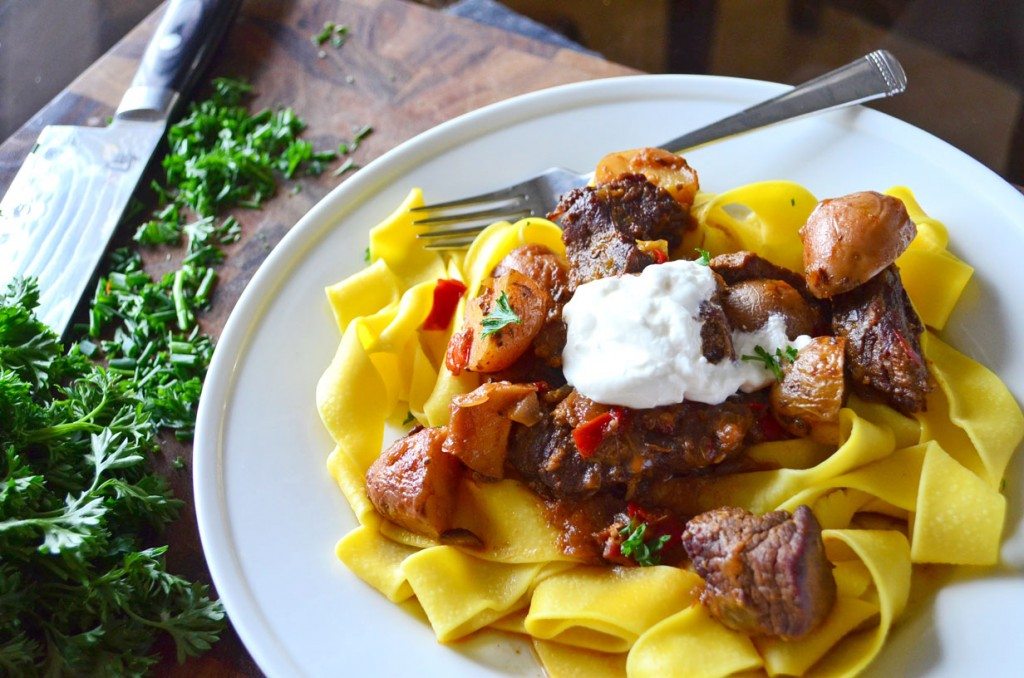 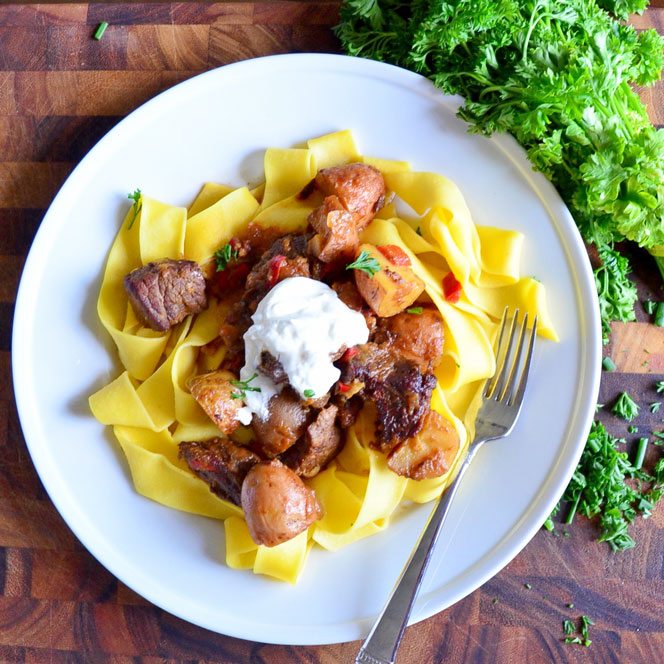 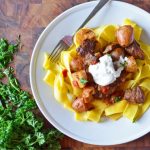