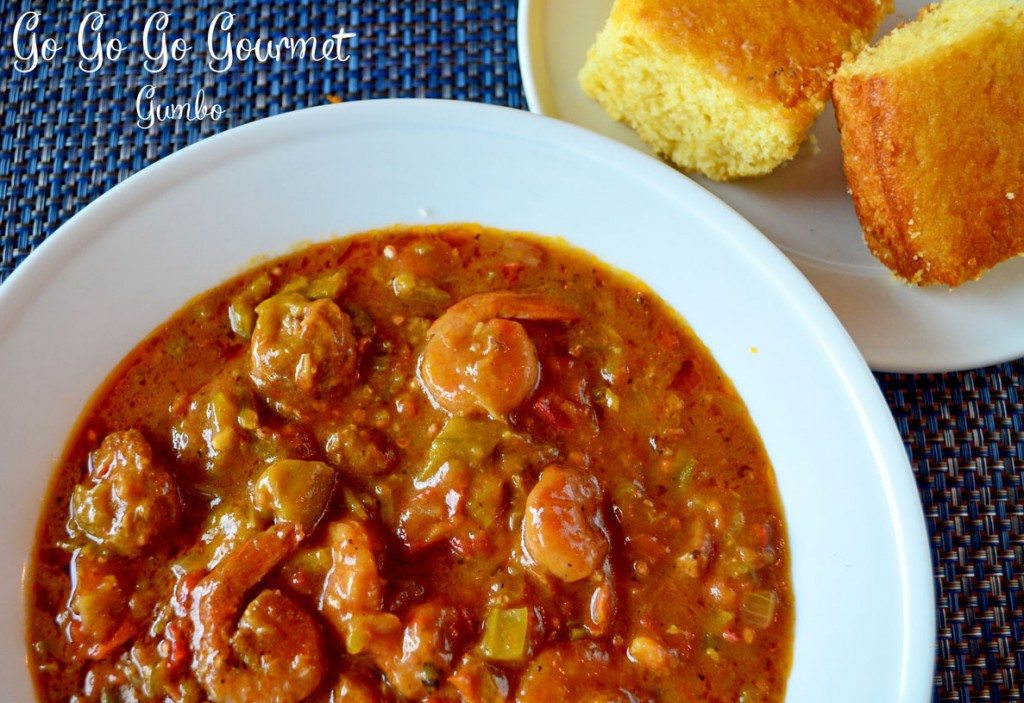 I live in the South now, donchaknow. I felt I had to whip out my first gumbo when I got okra (which I’ve never eaten before, let alone cooked!) in my produce basket last week. I had no idea what to do with it, the only thing that I’ve ever seen it used in before is in gumbo!

Now, I’ve never been to Louisiana, so I don’t know that I’ve ever had an authentic gumbo before. I’m sure that someone could easily say here “Hey, gumbo has [this-very-specific-ingredient] in it.” “You aren’t supposed to put [blank] in it!” “My grandmother would roll over in her grave if she saw that you said to do [blank] in your recipe!”

Well, I don’t know. I looked at some recipes to see what they usually contained other than what I knew- sausage, shrimp, tomatoes, okra, peppers. News flash: not much, and this was delish!

p.s. This goes great with cornbread! 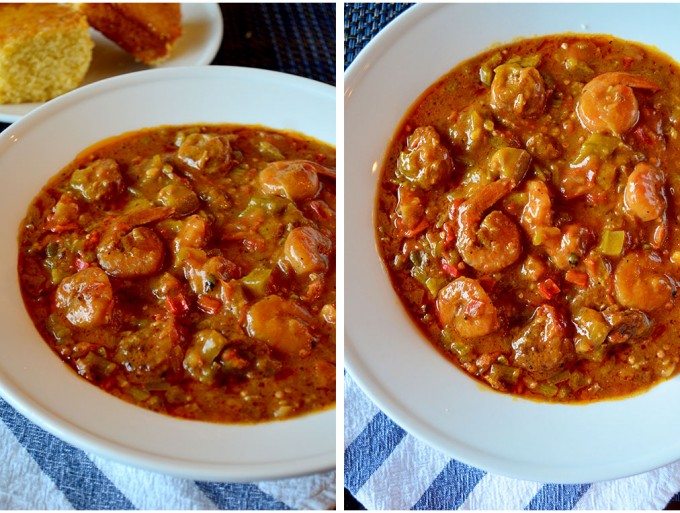 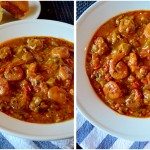