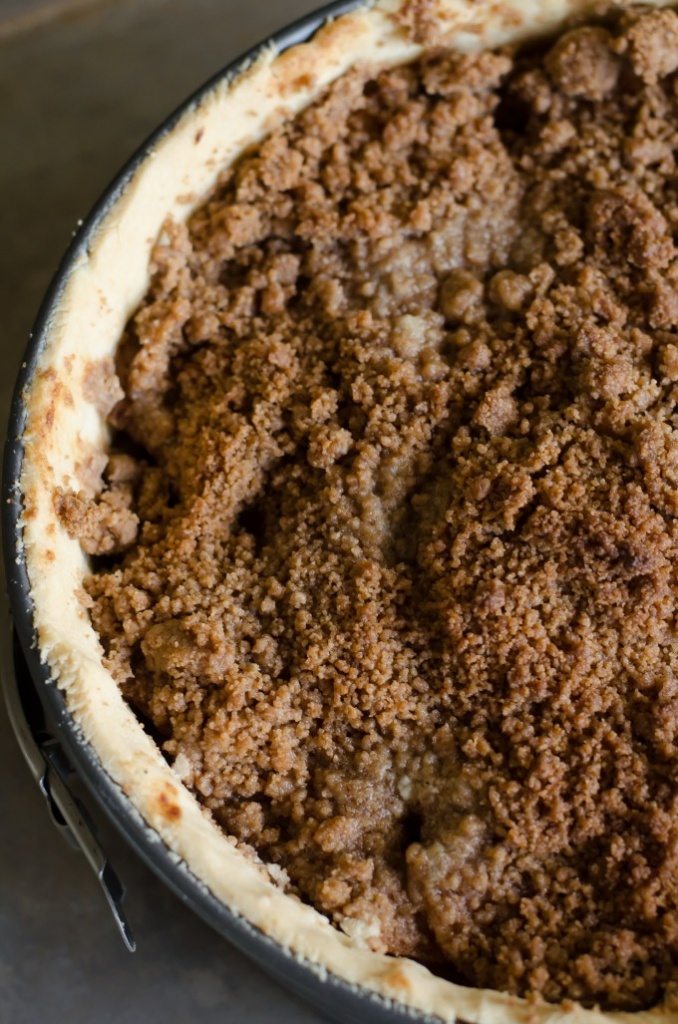 To say that it has been a rough week at Go Go Go Gourmet would be a massive understatement.

There are two groups of people that despise daylight savings time. The first are parents, because young children’s internal clocks are so well tuned that they wake up at the same time they always do, but just an hour earlier for you. An extra hour of sleep, my ass.

The second group of people are food bloggers, who praise natural light for their photography as being close to godliness.

As I belong to both groups, I now abhor it with the burning fire of 1000 suns.  I don’t own any artificial lights whatsoever, so I am really constrained by daylight hours. My ability to shoot is gone at about 430 now. Everyone’s internal schedule is totally off. I’ve never minded the time changes with Jonathan before- he’s always been fairly quick to just readjust according to our normal routine. This time, things seem to be just a smidgen different.

On Sunday morning, I woke up, it was fairly light out, and when I checked the clock on my iPhone it told me that it was 7 o’clock. Great, I thought. That’s not too much earlier than when Jonathan normally wakes up. Maybe this transition will be alright. I laid in bed until about 720.  As I walked through the kitchen, I was a little disoriented but thought I noticed that the clock on the microwave said 720. That’s weird, I thought. My phone says it at 7:20 and iPhones always automatically change, and I’m pretty sure we didn’t have the foresight to turn these clocks back yesterday. It took me about another 15 minutes to figure out that my phone’s clock had not changed and in fact everyone was up at 6 AM.

I tried to scooch him along back into his routine at the normal naptime, hoping that it would just be a temporary, one day setback. That night, I woke up to him calling me. I peaked at the monitor to see if he was having a nightmare, but to my surprise, and utter confusion, it looked as though all the lights were on in his room. I stumbled into his room, half-blinded by bright lights, to find him standing at the gate to his room with both blankets in hand, thinking that it was time to get up. It was 11:45 PM. Heck no, cowboy. Get back in bed.

That morning, as Dave was getting up for work, I was surprisingly already awake. I thought I heard Jonathan murmuring around, but not enough to make me think that he was actually awake – he’s not what many would refer to as a “quiet child.” Everything quieted down and as Dave was getting ready to leave around 710, I looked at the monitor and noticed he wasn’t in bed. I zoomed over to the gate and saw a very still child lying on the floor. I stared at him for a couple minutes trying to figure out if he was just laying there and being still (unlikely) or if he was asleep. I tiptoed to the kitchen and picked around the corner to the hallway where his bedroom is. He was sound asleep, softly snoring, sleeping on a mound of blankets in front of the door. I have no idea what time he actually got up, but clearly he sat down while he was waiting for me to tell him it was OK to get up and passed out back asleep on the floor.

So yeah, the sleeping thing is going great. 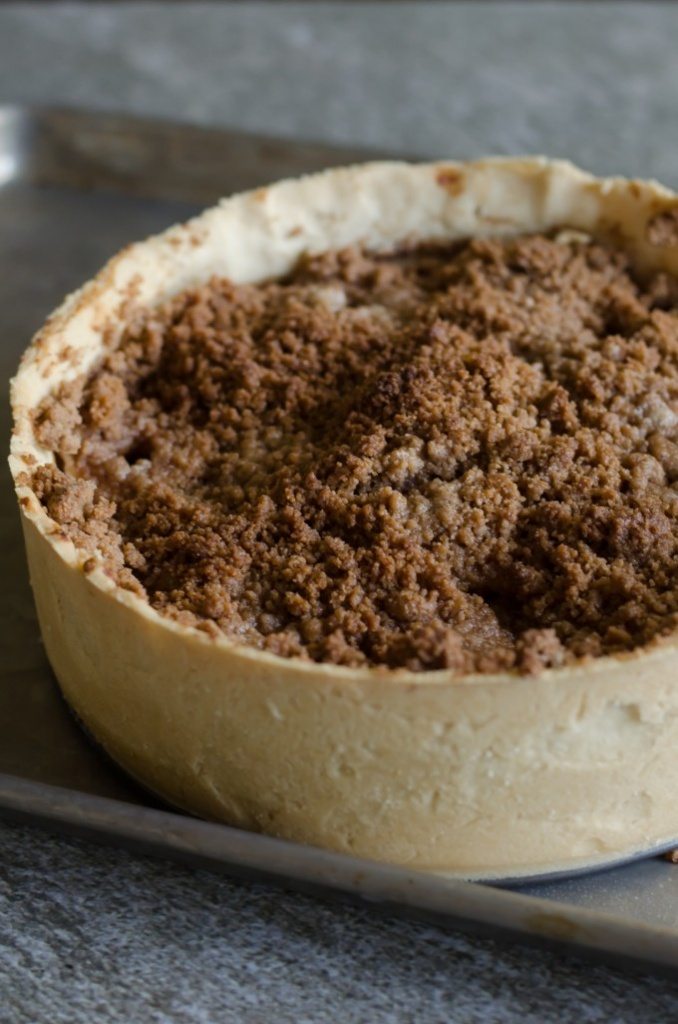 Tuesday night, I decided that even though I was tired and super low on patience (always a great combination), it would be a great idea to do some baking and test out two new recipe concepts I had in my head. One of them was this deep dish apple pie.  I had actually made this about a month ago, but it turned out my shortening had gone bad and I had to scrap it. Since I had a bunch of apples in the fridge, I figured I’d better get the concept tested out before fall was officially over.

Now, I’ve never been particularly afraid of making homemade pies or my own piecrust. I’ve used the same recipe for a long time and have always had great success with that. THEN I moved to Florida and for some reason this recipe just doesn’t work down here. I’m unsure whether it has to do with the humidity or what, but it tears to holy hell and back! I just can’t seem to get the right texture anymore, so I guess before Thanksgiving I’ll have to do some shopping around for a new piecrust recipe. I tried to roll out the dough three times  and every time it just ripped every time I would try to roll it on the pin to put it in the pan. Finally, I lost patience and threw it in the fridge to try to stiffen it up. It worked somewhat- I ended up rolling it out on a silpat mat, rolling a second silpat lengthwise around my rolling pin so that it would be wide enough, and then trying to lower it into my springform pan. It still tore around the edges- and I swore. A lot.

Then I just decided to cheat a little bit.  I just pressed the ripped dough into the pan to fill in where needed until crust rose all the way up the sides. Then I trimmed. 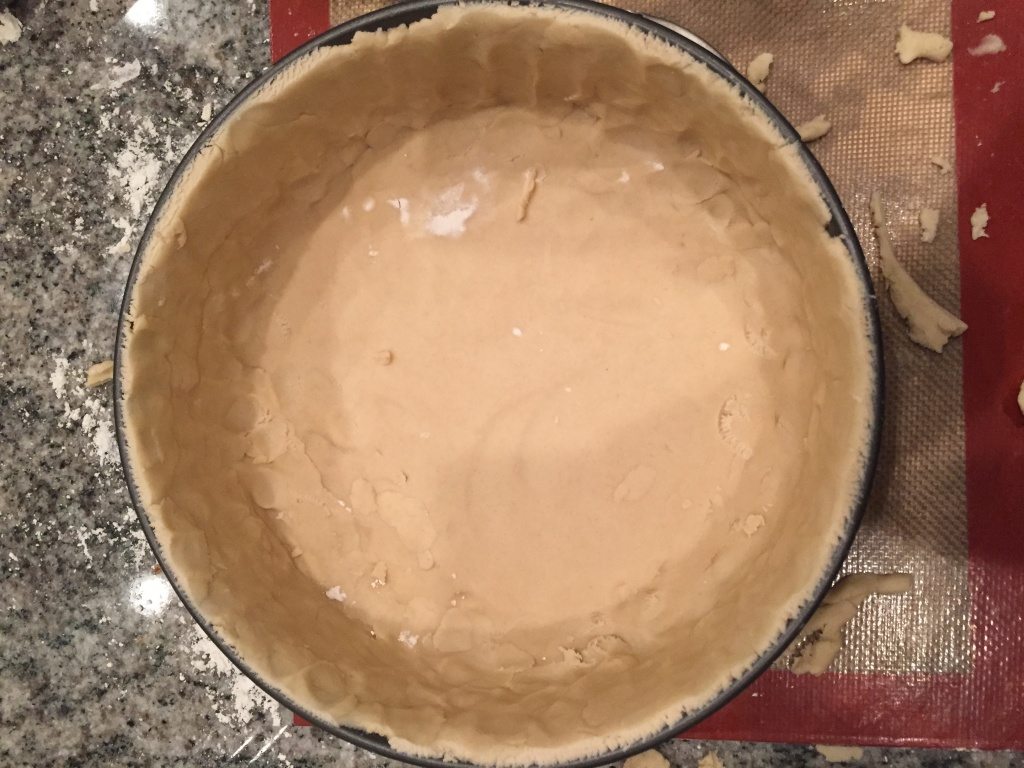 Guess what? It didn’t make one iota of difference that I “cheated,” therefore its not cheating. Its just a “hack.”

This pie is not for my mom’s kind. I sort of consider it a twist on Chicago deep dish pizza- super thick, loaded with lots of apples, with a flaky, buttery crust. The filling has an interesting spice profile to it with the addition of a little cardamom. It’s almost like a chai latte meets apple pie. 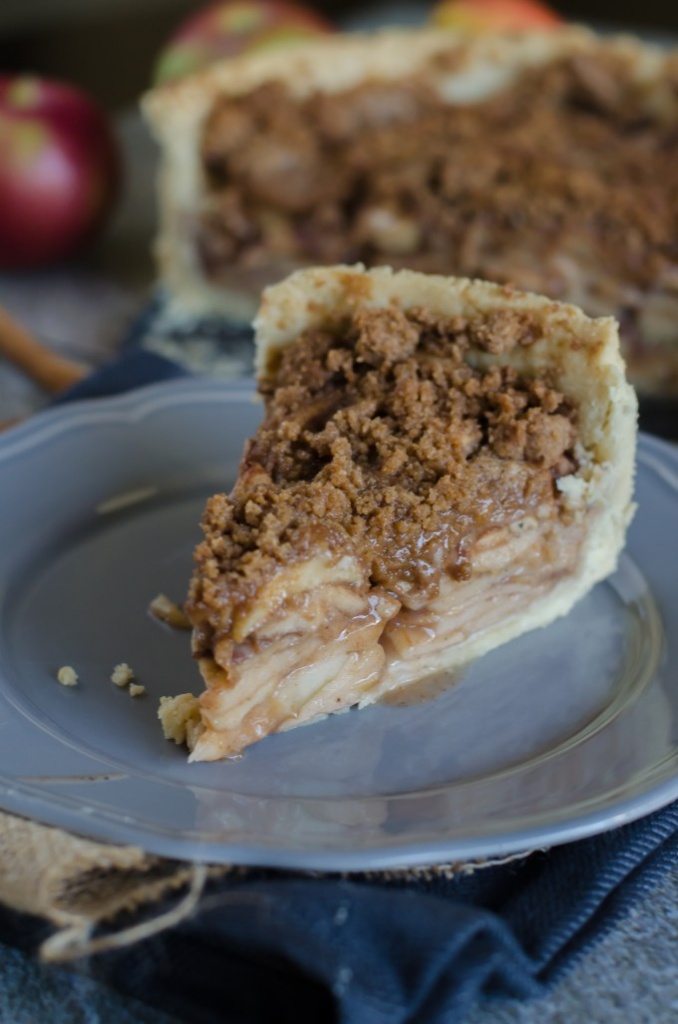 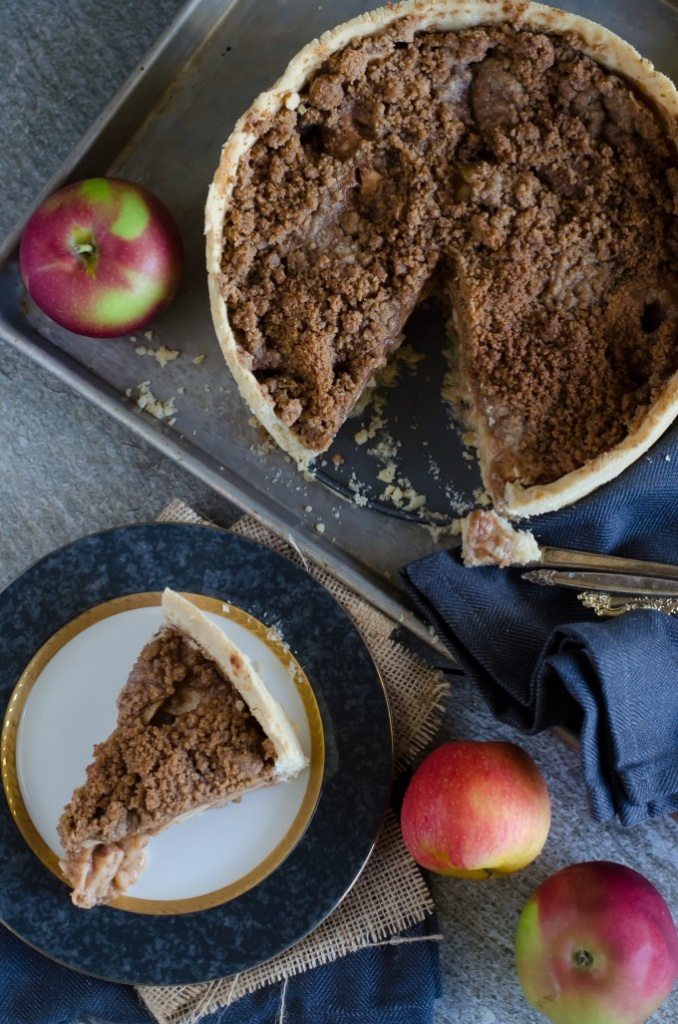 Finally, a million apologies if you’ve had trouble over the last week with the site. It has caused me more headaches and hours on the phone with Bluehost than I care to ever admit. It was broken, then fixed and improved, then the improvements broke it, I got put in “hosting jail,” then we fixed and improved, then it broke, and now its hopefully fixed for good. 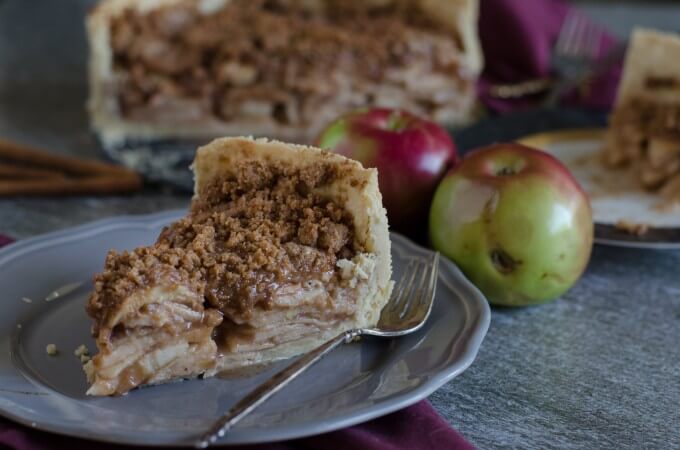 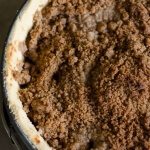