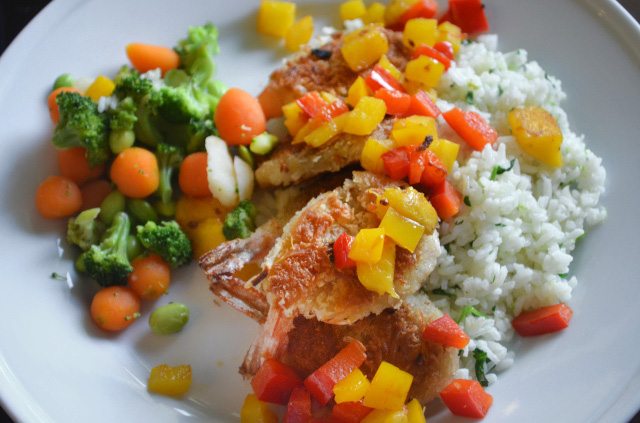 The byline of this site should really be “Even the best laid plans go awry.”

I had gotten some fresh tomato, basil, mozzarella ravioli at the store the other day, and knew with 100% certainty that I had one jar of DeViti’s Sugo Fresco sauce left at home. I was all psyched up for dinner the other night. I had the water boiling, the ravioli out of the fridge, and I went to the pantry to retrieve the sauce.

And I saw nothing.

I swear, I think the movers took a bottle of pasta sauce and a bottle of rum. Both of which I know were packed, and neither of them are anywhere to be found now.

So. Back to square one. My pantry, fridge and freezer are nowhere at the level of stocked that they were back in Ohio, so I had limited options for what i could improvise. I remembered that I bought a dozen coconut shrimp the other day. It wasn’t on my radar as something to make for dinner, more for an appetizer, but I figured I’d work with it anyway.

This is what I came up with, and I was pleasantly surprised. I bought my shrimp already breaded, but I’m including those instructions as well. I feel like this is a great summer meal- light, crisp and refreshing! Citrus flavors just go so well with swelteringly hot weather (and even better with a shandy!) 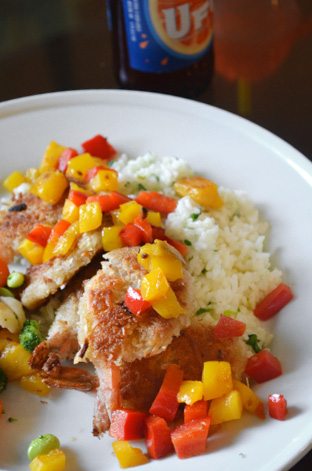 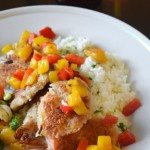