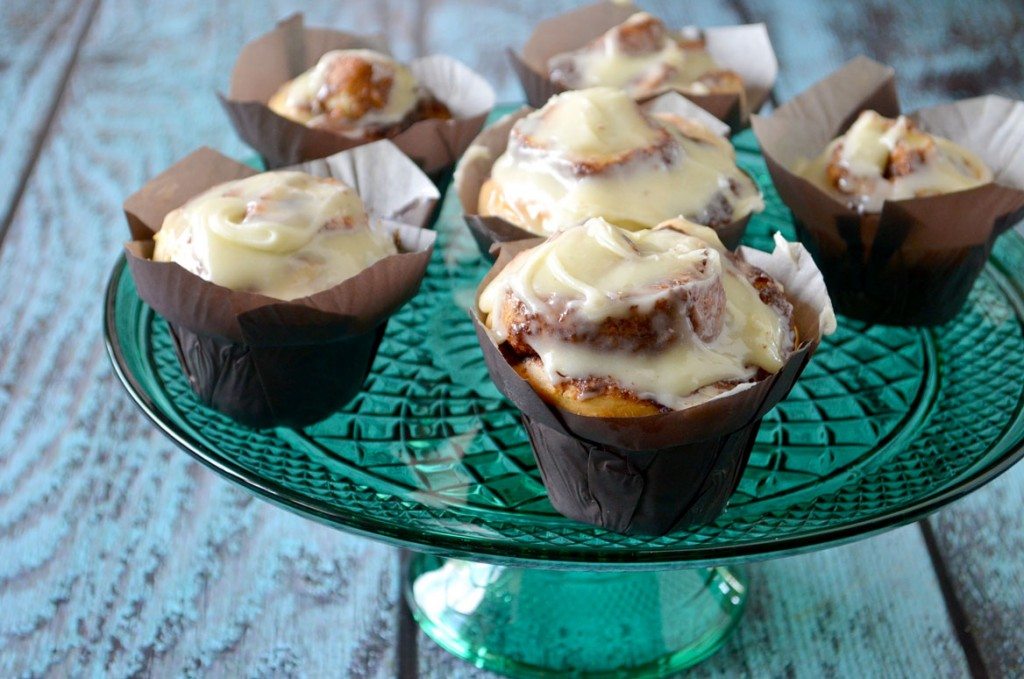 I’m feeling particularly breakfast-y this week, so I’m going to go ahead and go with the theme.

Someone, and I can’t even remember who, was talking to me about cinnamon rolls a few weeks back. The thought of a fresh, warm-from-the-oven cinnamon roll festered in my mind for a couple weeks until I just couldn’t take it anymore.

I used to be utterly obsessed with Cinnabon cinnamon rolls- and for good reason. Those things are totally worth all 15,000 calories that I’m sure they contain. It actually used to be somewhat of a family battle when we would go on vacation. I would say I wanted Cinnabon, my dad would say no, or that I couldn’t eat a whole one- neither of which was acceptable to me. 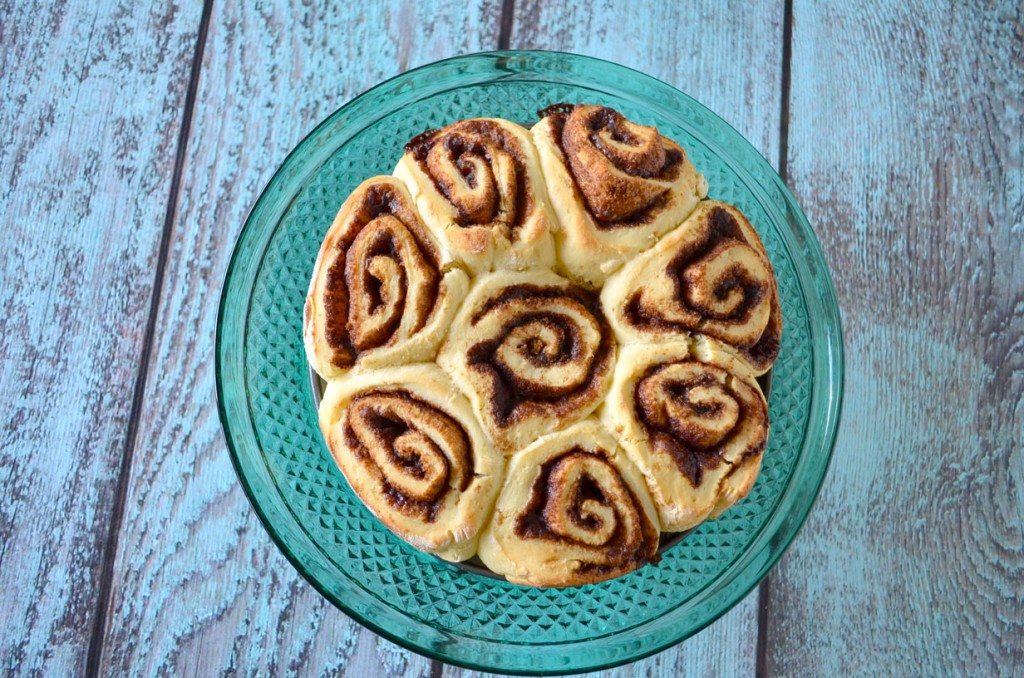 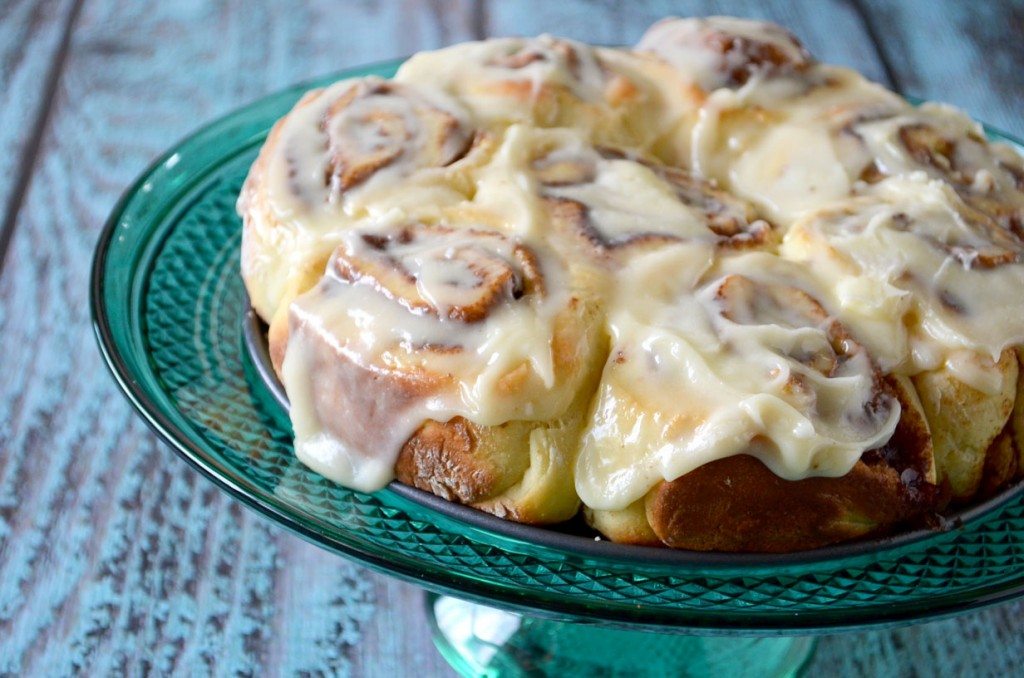 Life is hard when you have to rely on your parents to get stuff for you.

Of course, by the time I became a grown-up (in theory), I could no longer enjoy them! Now, I think they are way too ungodly sweet, and the only part of them really worth eating is the dead center, dripping with gooey cinnamon-y heavenly goodness. They should really figure out how to just make the center portion and say “screw it” to the rest.

I tried something a little different with this recipe. I was curious to see if I could get them to bake up as a cinnamon roll-meets-muffin, so they would be easier to grab in the morning. Also, I found these super cute parchment paper wrappers in a binge-Target-shopping-expedition, so I’m sure that played a factor in my decision too. Unlike some of my other experiments lately, this one was great. They baked up light and fluffy- just as good as the ones in the pan! 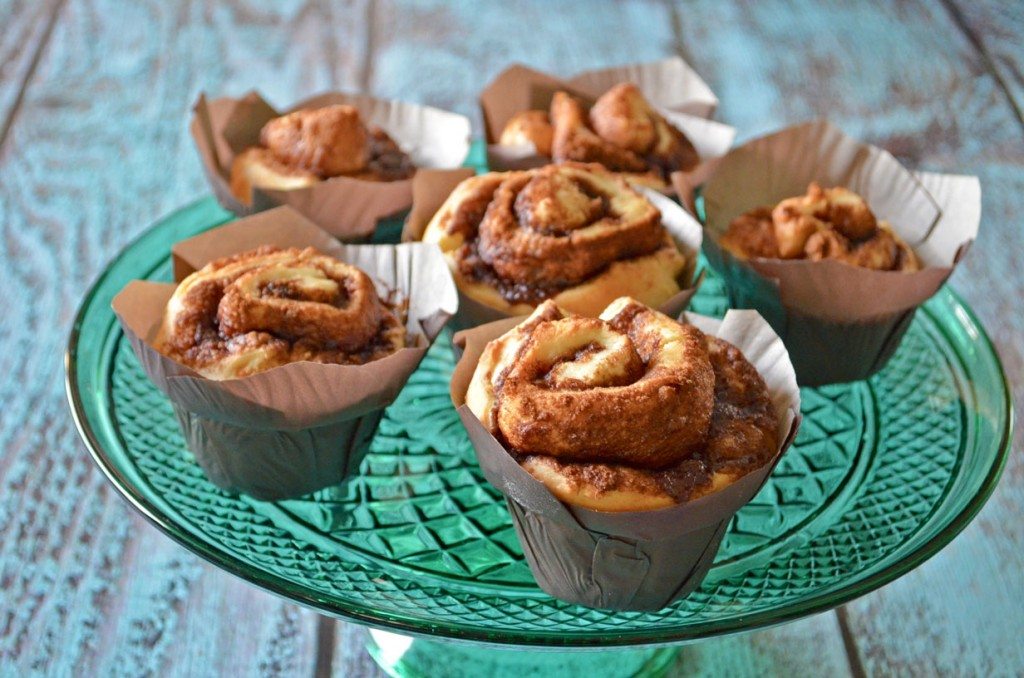 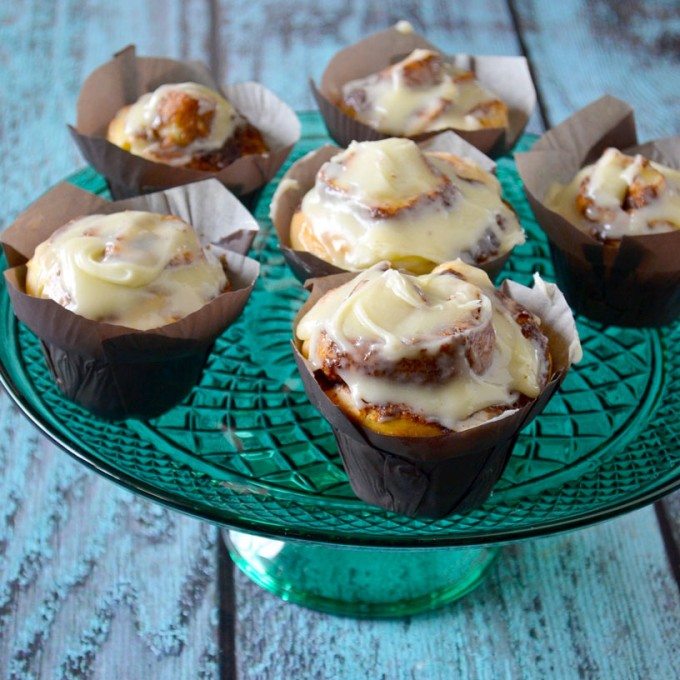