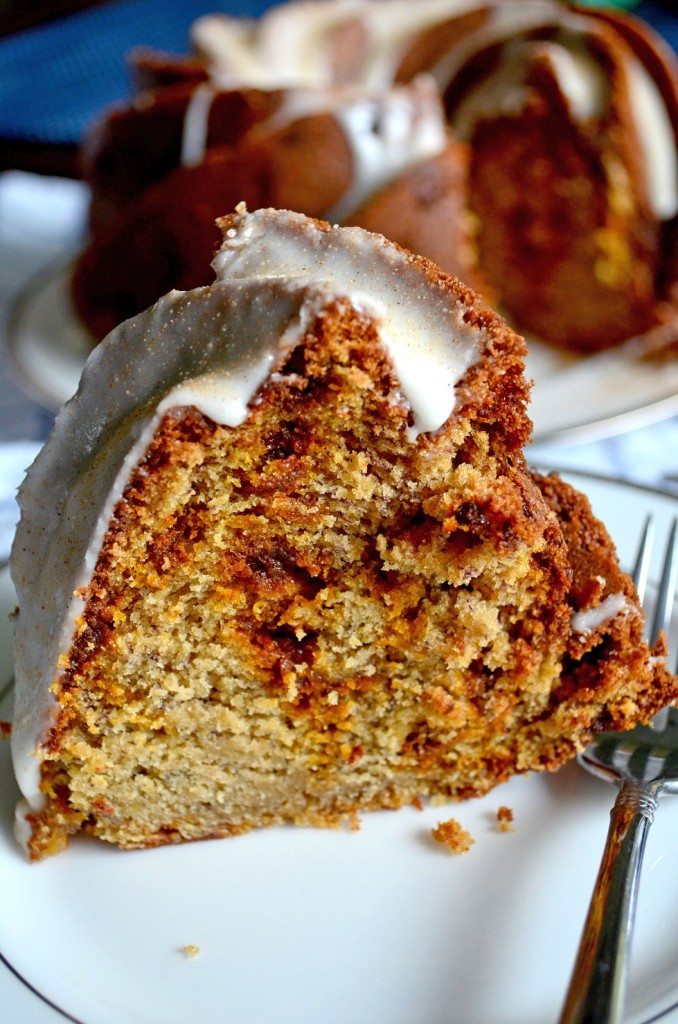 Sometimes I’m not just not in the mood for banana bread.

There. I said it.

I had five overripe bananas on the counter yesterday, and I just wasn’t in the mood for muffins or banana bread. I wanted to come up with something else to do with them. 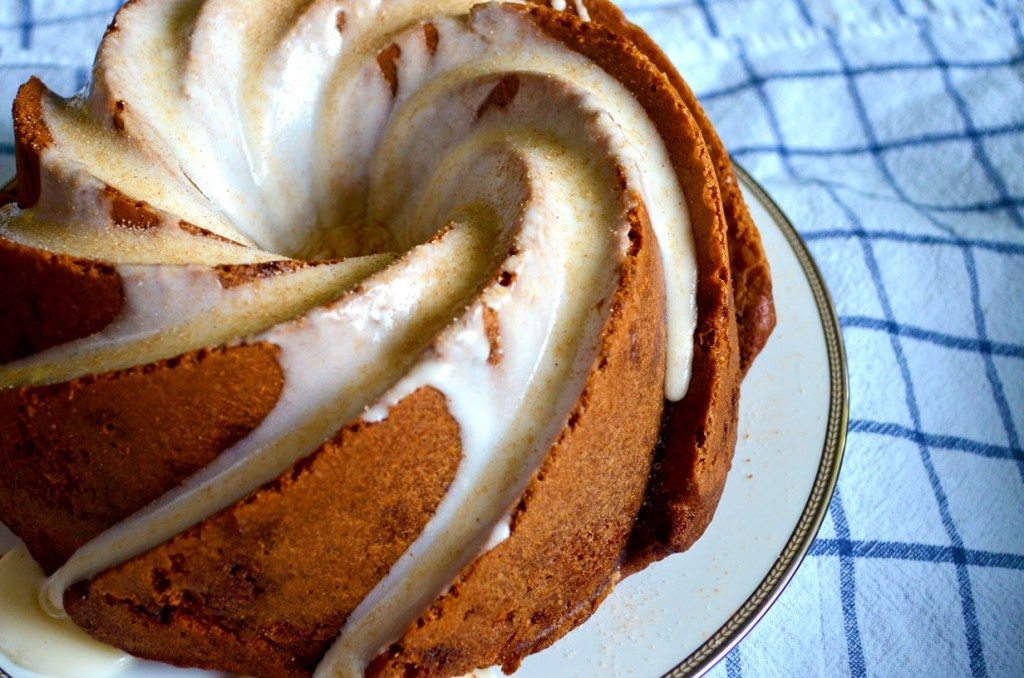 Although generally I’m not ecstatically pleased with the grocery stores here (never thought that Northeast Ohio would have superior grocery store game), they do have one good thing going for them- they carry cinnamon chips. You know, the small little chocolate chip-looking morsels that are cinnamon? I had the hardest time finding them there. Not here though! I bought a few bags and then started plotting their use.

I thought doing some sort of banana and cinnamon cake would be nice and simple. This turned out really nicely; in fact, I think it could easily pass for coffee cake.

[That comment comes largely from the fact that Dave wanted muffins to take to work. I told him this is what I was doing, and he could probably take that for his commute in. He told me cake wasn’t breakfast. I asked him how he thought this was different from Poptarts or coffee cake. He couldn’t answer.] 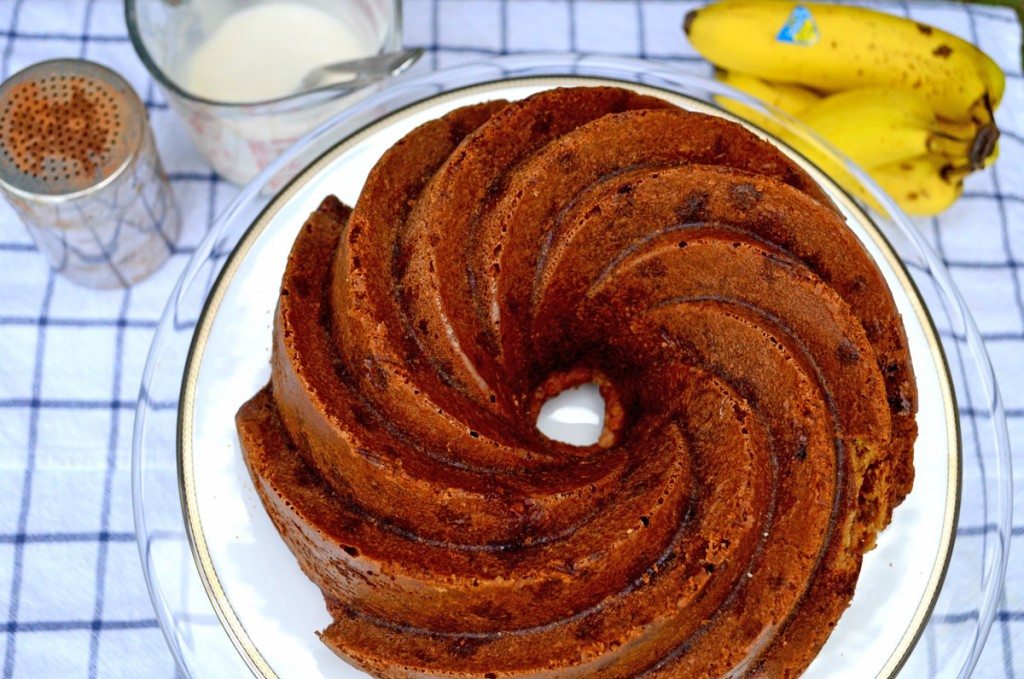 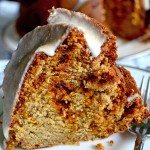 Note: I think this cake would be delicious with just a dusting of powdered sugar as well. I debated about which to do.
Author: Jacqueline