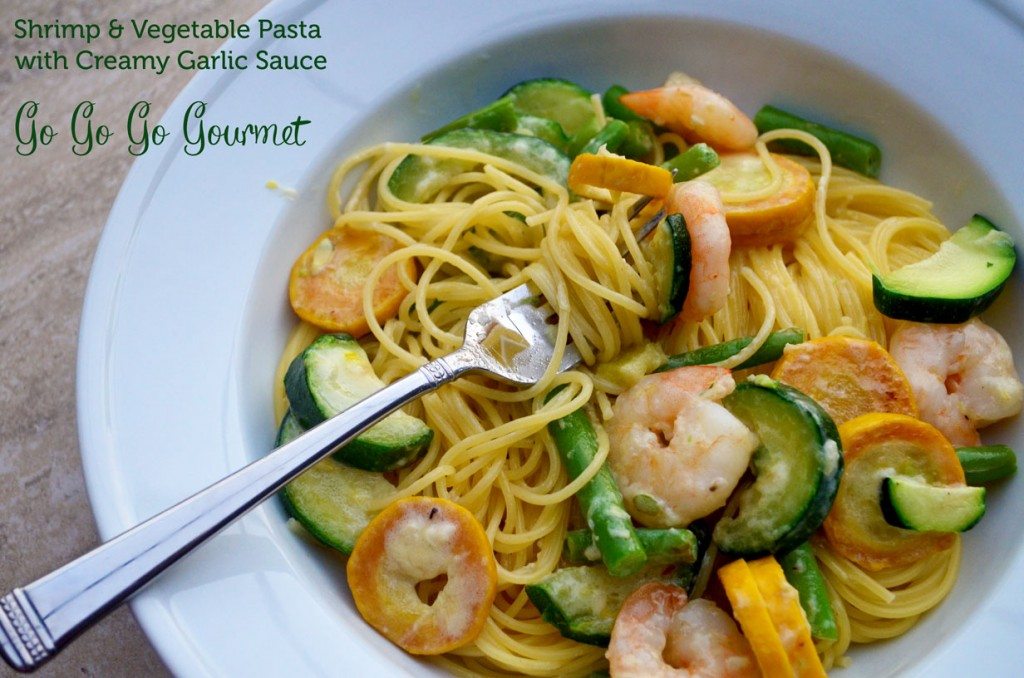 Pup update: Well well well, what do we have here? A WALKING PUP. Sure, he’s a little wobbly legged, and his left leg doesn’t QUITE keep up with the right one, but he is up on all fours, all four legs are moving, and he can walk. He is officially still on cage rest until next Monday, and not pleased about it whatsoever, especially now. Too bad for him, Mom says she isn’t taking any risks and is going to be following doctors orders!

I had a really fantastic Lean Cuisine the other day (there’s a phrase I never thought I’d say). I don’t know why, but I never thought to put just mostly vegetables in a pasta dish. I loved it! It was filling and light at the same time. When I ended up with beautiful green beans and squash in my produce basket, I decided to recreate it, with my own ideas.

I was super in the mood for a garlic sauce, and I hadn’t ever made one quite like this. I ladled the sauce over the top for the pictures, then changed my mind when I served up the dinner portions- I didn’t drain the pasta. Instead, I just took the sopping-wet pasta straight from the pot and added it to the skillet. The starch from the pasta water further smoothed out the sauce, got it to the ideal consistency and perfectly coated everything. 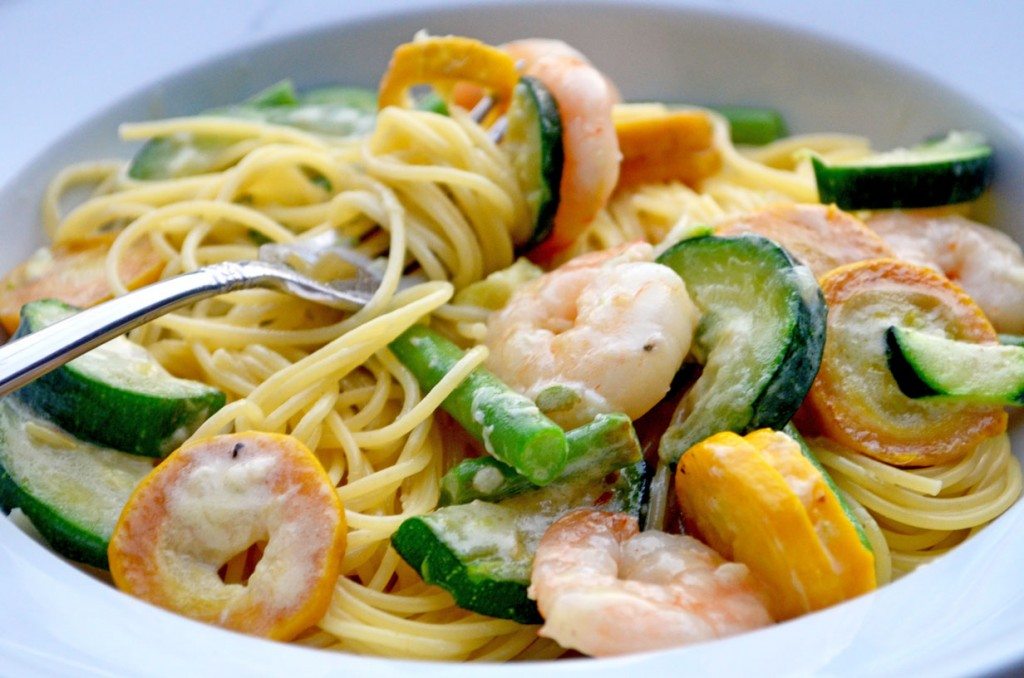 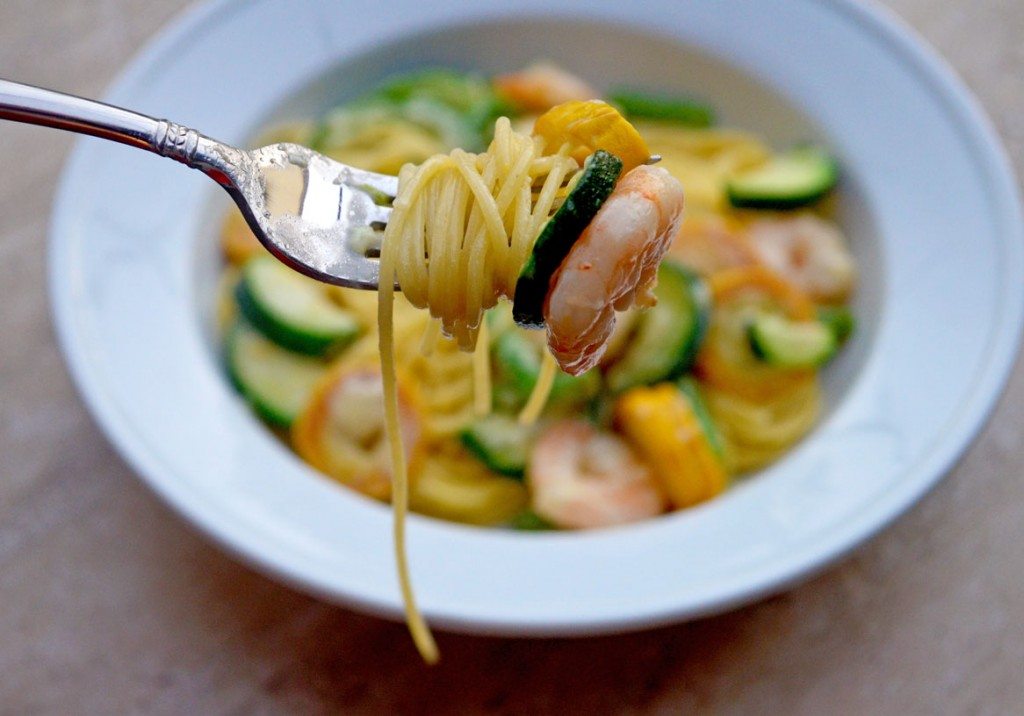 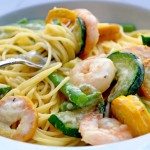