If you haven’t jumped on the “dump cake train” yet, this super easy Apple Pumpkin Dump Cake is a great recipe to try out! It makes a delicious fall dessert and only requires a handful of ingredients!

Take your regular pumpkin dump cake up a notch by adding apple! This Apple Pumpkin Dump cake is the best mash up of your favorite fall flavors!

I’ve never made a dump cake before this year, and now I’ve made two in two weeks. I feel like I’ve really been missing out! 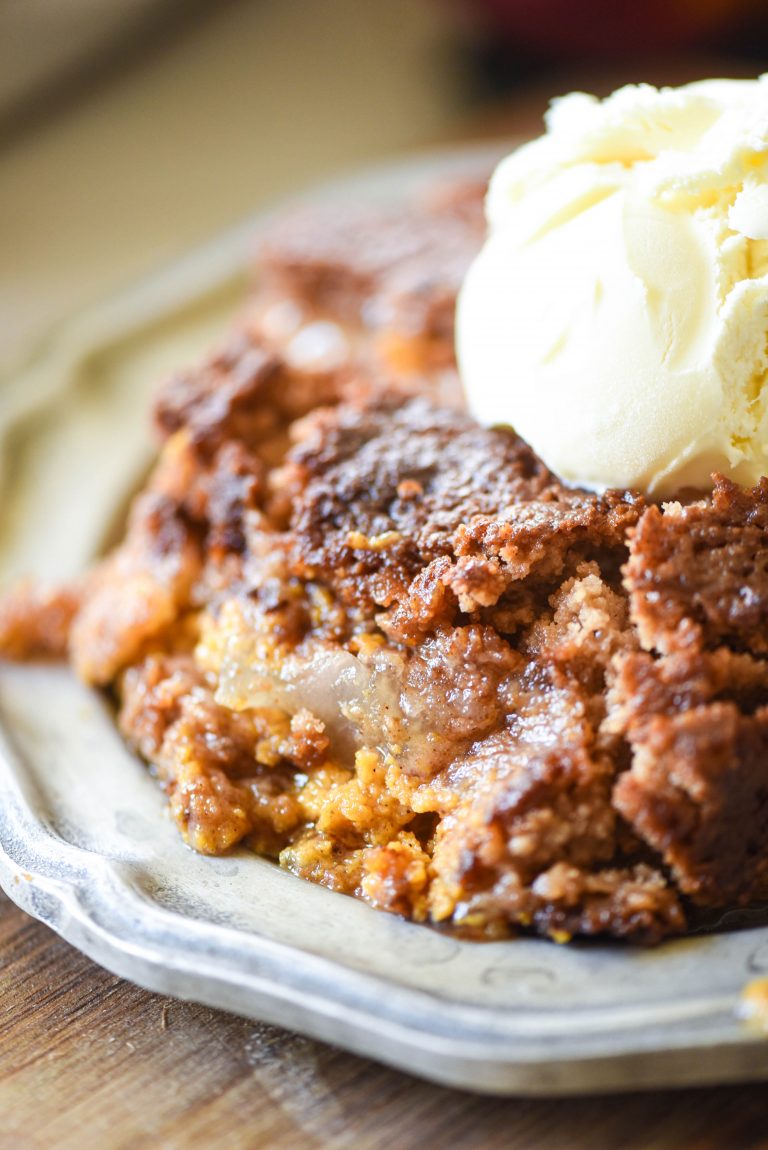 When I was telling Dave about this idea and told him I was thinking about calling it a “pumple” dump cake. He had no idea what I was talking about.

“Pumple. You know, like the Cherpumple dessert? Cherry, pumpkin and apple pies baked inside of cakes?” 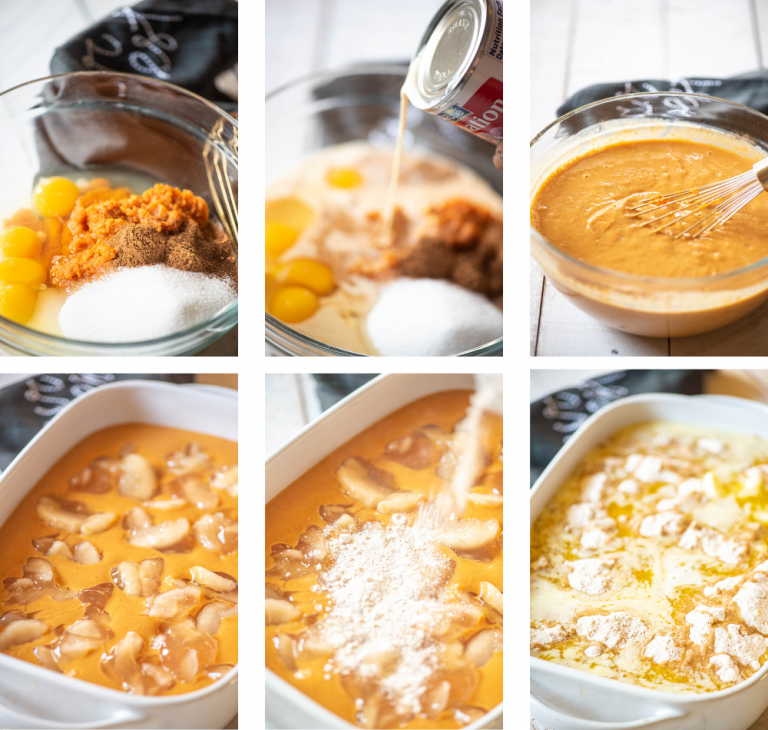 So if you’re not aware, that’s a thing. Ultimately I decided that “pumple” by itself sounded too much like “pimple” (ew), so I opted for the boring-but-straightforward title of “apple pumpkin dump cake.”

I loved the apple dump cake that I made a couple weeks ago, and had seen a similarly styled Pumpkin Crunch Cake all over Facebook and Pinterest for the last month. I thought it would be nice to combine the two best fall flavors into one, and it was truly everything that I had hoped for. 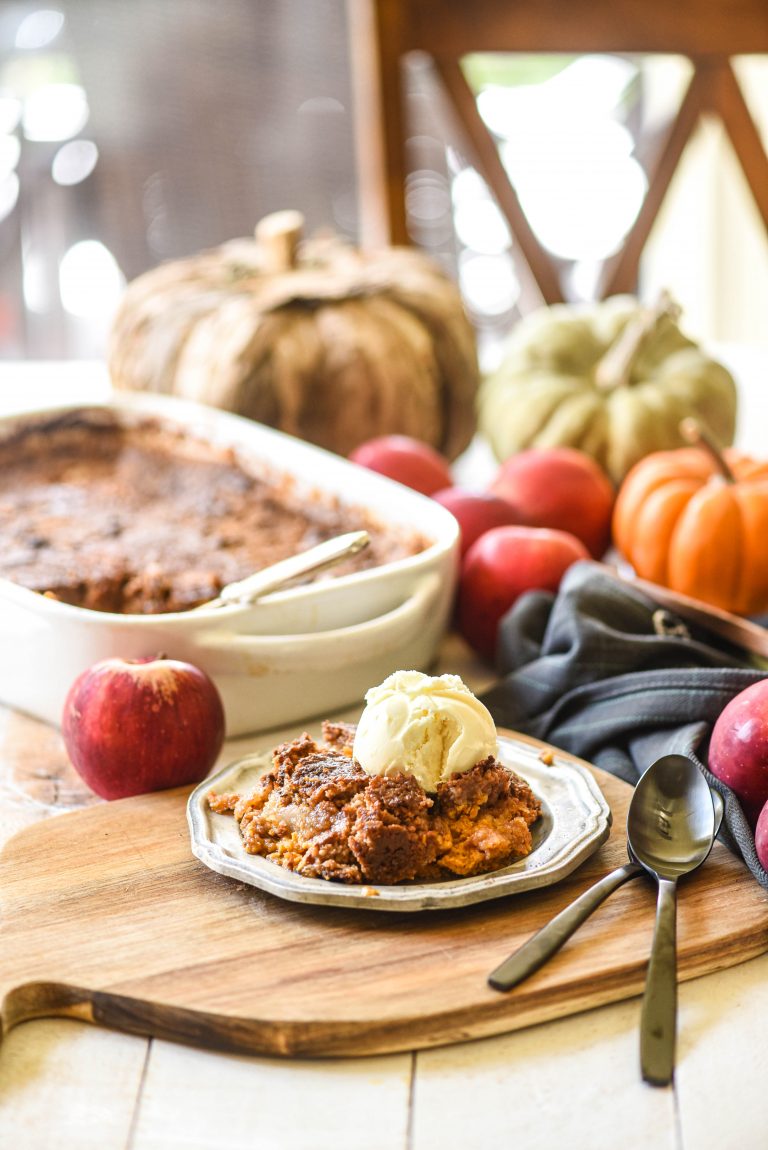 Most dump cake recipes that I have seen call for boxed yellow cake mix for the topping. Since we’re all about the warm, spicy fall flavors for this cake, I thought I would amplify that by using a spice cake mix instead. If you wanted, you could also use the Cinnamon Swirl Crumb Cake mix that I used in the Apple Dump Cake. 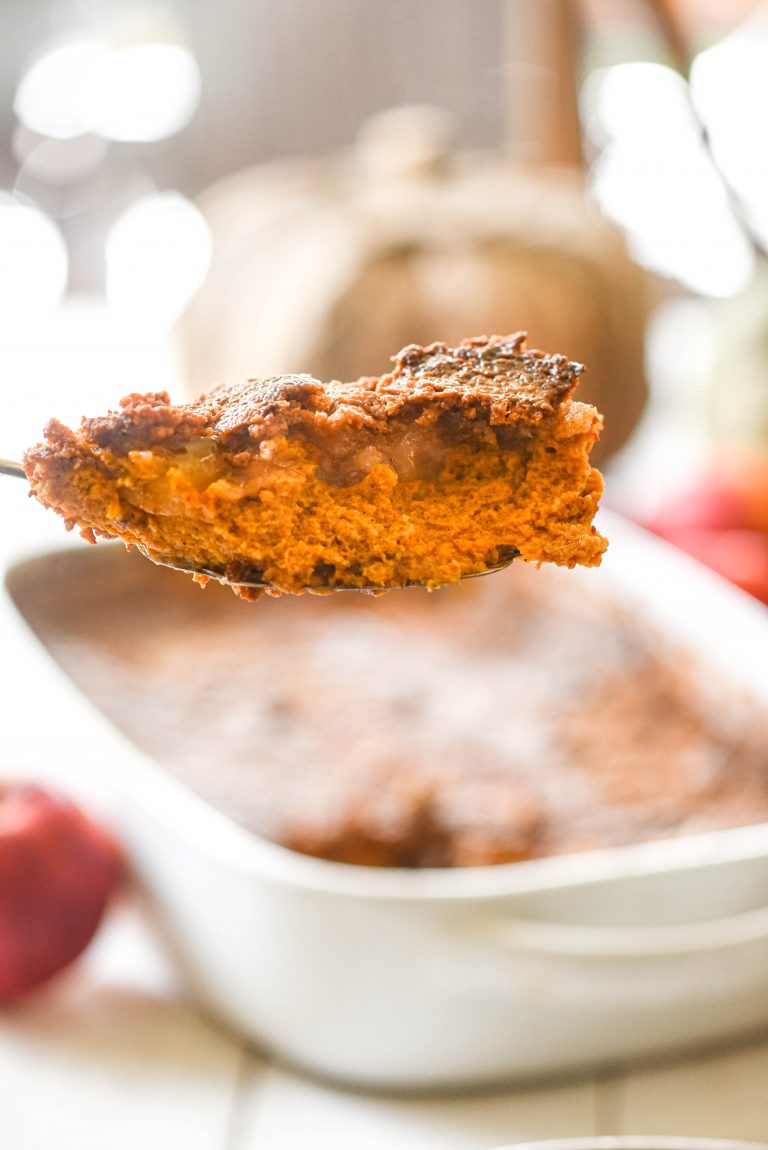 To start making this Apple Pumpkin Dump cake, preheat your oven to 350 F. While the oven is preheating, mix together the pumpkin, evaporated milk, sugar, eggs and spices in a large bowl until completely smooth. 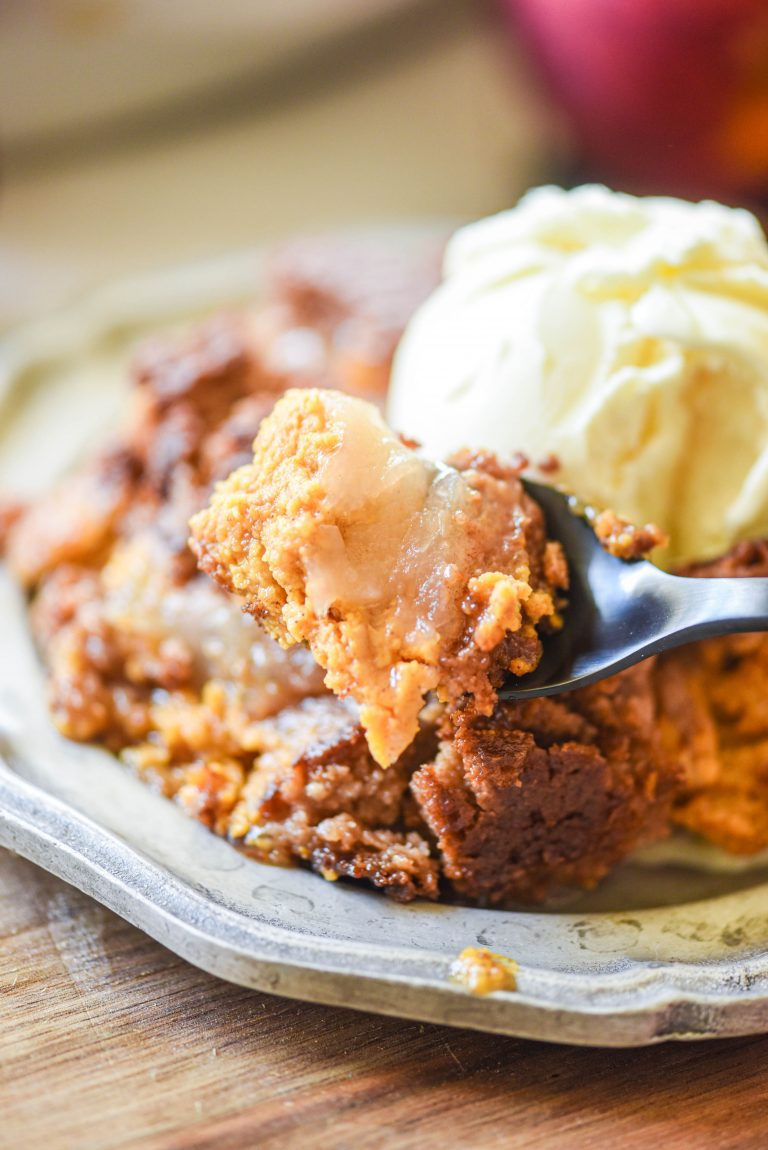 The last step is to pour the melted butter evenly over the cake mix, and bake in the preheated oven for 1 hour. Once it cools slightly and you are ready to serve it, you can top this cake with a scoop of vanilla ice cream like I did. A dollop of whipped cream and a sprinkle of cinnamon or pumpkin pie spice would taste great, too!

Make sure you are using pumpkin puree and not pumpkin pie filling. I opted to use the puree for this recipe because I wanted to control the amount of sugar that went into the cake. If you used pumpkin pie filling instead, you cake will be extremely sweet.

If you liked this Pumpkin Apple Spice Dump Cake, check out these other great pumpkin recipes: 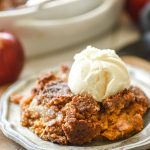